Image: Kashmiri villagers stand near damaged houses after a gun battle in Botango,near Srinagar in January, 2009. Two militants were killed in an encounter with security forces and four residential houses were destroyed
Photographs: Danish Ismail/Reuters Himani Kumar in Chicago

Pointing at Inter Services Intelligence's direct involvement in providing arms to militants in Kashmir, Tahawwur Rana, one of the key accused in the Mumbai terror attacks, has told the Federal Bureau of Investigation that Pakistan's spy agency gives weapons to terrorists when they are about to enter the Indian territory.

Rana's questioning video played for the first time during his trial in Chicago shows the 50-year old Pakistani-Canadian giving details about his conversations with Lashkar-e-Tayiba operative David Headley, another accused in the case, who had identified targets in Mumbai which were attacked in November, 2008.

In over 17-minute clips of seven videos, part of Rana's interrogation on October 18, 2009, hosted on the official website of the court as evidence submitted, he is shown telling FBI officials that US-born Headley had promised him that he would help him return to Pakistan and settle his case in that country's army which had declared him a deserter.

Rana had been declared a deserter by the Pakistani army, where he was a doctor, after he declined to go to the glacier region following his posting there. 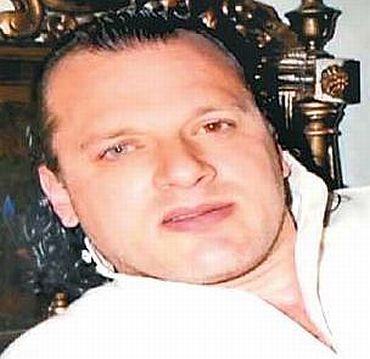 FBI agent Jeffrey Parsons, while deposing before the court on Monday, said that Headley used his personal links to favour Rana. Parsons along with FBI agent Benabides had interviewed Rana after his arrest in October 2009.

Rana, knowing well that his statements could be used against him during the trial, told the FBI investigators that Headley had told him that ISI was providing weapons to "freedom fighters" in Kashmir.

When asked about ISI and weapons, and Headley's role, Rana said, "No guns but now obviously it's, uh, a freedom fight...in Kashmir. I think he said ISI gives them weapons."

"When he says, when they (terrorists) about to enter into India. So, at that very moment, when they say bye-bye to each other...ISI at that time gives them, you know, guns," Rana told the investigators.

Rana, who was a Pakistani army regular before being declared a deserter, said Major Iqbal was Headley's contact in the ISI. He also said that he had spoken to Iqbal over phone.

"He (Iqbal) call and he call me sir, and I'm. I was a captain, when I deserted Pakistan army," Rana said amusingly.

'I can't visit Pak as I am an army deserter' 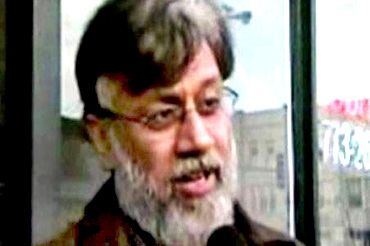 Rana also told the FBI the Headley was affiliated with both ISI and LeT and also met Ilyas Kashmiri who was the leader of another terror group Harkat-ul-Jihad Islami.

Rana told FBI that Headley had asked Major Iqbal to help him in getting an honourable discharge from Pakistan army so that he could visit the country for his business and personal purposes.

When asked why Headley was helping him, Rana said it was because of their friendship.

He said attitude of Iqbal was not "professional" as he talked about setting up of meat plants in Pakistan.

During the questioning, Rana also said it was easy for him to visit India but impossible to go to Pakistan because he was a Pakistan army deserter.

Rana also said in the video that Headley had told him that although ISI knew that he was working for LeT, the terror group was unaware of his links with the spy agency.

Rana told FBI that Headley had spent some time with the LeT and received training from them during his contact with the group for five or six years.

At the hearing of the terror trial, the defence said employees at Rana's immigration offices in New York or Toronto did not remember working with Headley. The employees Rehana and Kashif Khan -- among others, take calls at the offices.

The defence called in a computer forensic expert and an immigration attorney, but Rana waived his right to testify.

Closing arguments by the prosecution and defence are scheduled for Tuesday.