'Atal Bihari Vajpayee asked me only one question' In the aftermath of the 2002 riots in Gujarat, the then Prime Minister Atal Bihari Vajpayee appeared to be not too keen about President APJ Abdul Kalam's official visit to the state, according to a book by the latter.

Giving an inkling of what the Bharatiya Janata Party stalwart thought about his visit in his soon-to-be-released book Turning Points, Kalam said there were suggestions at the ministerial and bureaucratic levels against his trip to Gujarat after the post-Godhra riots, in which 1,200 people were killed.

But at the ministerial and bureaucratic levels, it was suggested that he should not venture into Gujarat at that point of time.

"One of the main reasons was political. However, I made up my mind that I would go and preparations were in full swing at Rashtrapati Bhavan for my first visit as president," he wrote.

"The prime minister, Atal Bihari Vajpayee, asked me only one question, 'Do you consider going to Gujarat at this time essential?'

'Narendra Modi was with me throughout' 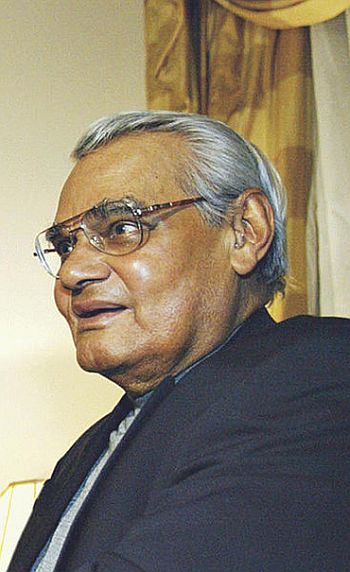 "I told the PM, 'I consider it an important duty so that I can be of some use to remove the pain and also accelerate the relief activities and bring about a unity of minds, which is my mission, as I stressed in my address during the swearing-in ceremony."

He recollects that many apprehensions were expressed, among them that his visit might be boycotted by Chief Minister Narendra Modi, that he would receive a cold reception and that there would be protests from many sides.

"But to my great surprise, when I landed at Gandhinagar, not only the chief minister but his entire Cabinet and a large number of legislators, officials and members of the public were present at the airport."

"I visited 12 areas -- three relief camps and nine riot-hit locations where the losses had been high. Narendra Modi, the chief minister, was with me throughout the visit. In one way, this helped me, as wherever I went, I received petitions and complaints and as he was with me I was able to suggest to him that action be taken as quickly as possible."

Recalling an incident during one of his visits to a relief camp, Kalam writes, "A six-year-old boy came up to me, held  both my hands and said, 'Rashtrapatiji, I want my mother and father.' I was speechless. There itself, I held a quick meeting with the district collector. The chief minister assured me that the boy's education and welfare would be taken care of by the government."

'Communal riots are an aberration' 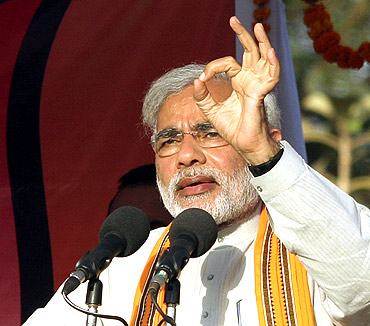 "While I was in Ahmedabad and Gandhinagar, people from all sections of society wished to talk to me and express their problems and views personally. In one such gathering, nearly 2,000 citizens of Ahmedabad surrounded me. The interaction was in Gujarati and a friend of mine translated. I was asked about fifty questions and received 150 petitions.

"My visit to two important places in Ahmedabad was indeed significant, particularly in the light of the riots. I called on Pramukh Swamiji Maharaj at Akshardham where he welcomed me. I discussed with His Holiness the mission of achieving unity of minds and bringing a healing touch to Gujarat, which has given to the nation great human beings like Mahatma Gandhi, Sardar Vallabhbhai Patel and Vikram Sarabhai."

Kalam also visited Sabarmati Ashram, where he met many people and saw the agony writ large on their faces, even as they mechanically carried out their normal chores.

"I witnessed similar sentiments at Akshardham as well. As I was wondering why, I realised that both these institutions, by virtue of their inherent love and respect of human beings and their spiritual environment, work to bring happiness, peace and progress to society and could therefore not accept a situation of inflicting avoidable pain.

"I say this because in our land, with its heritage of a highly evolved civilization and where great men were born and stood tall as role models for the entire world, communal riots with their attendant tragedy are an aberration that should never happen."

After he finished his two-day tour, the media wanted a message from him.

"I expressed my thoughts through a statement in which I urged the need for an intensified movement to completely eliminate communal and other forms of strife and bring about unity of minds."