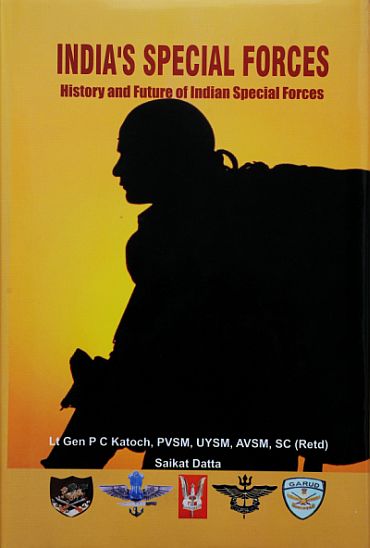 Image: The cover of the book by written by Lieutenant General P C Katoch and journalist Saikat Dutta
Sheela Bhatt

One is a distinguished retired army officer and another is an outstanding journalist. Both are serious, sharp and studious. They have written a book together which is one of the most wanted titles for world of Indian defence. India's Special forces; History and future of India's special forces written by Lieutenant General P C Katoch and journalist Saikat Dutta educates, informs and paves the way for intelligent debate.

Gen Katoch was a special forces officer making him fit to write on highly important subject. He commanded an independent commando company in the north-east, a special forces unit in Sri Lanka, a brigade on the Siachen Glacier, a division in Jammu and Kashmir and a strike corps in the south western theatre, too.

He continues writing after the retirement as well. He is presently writing a book on 'Indian Army and Net-centricity'. Co-author Saikat Dutta is currently the resident editor of DNA newspaper, New Delhi.

Dutta is an investigative journalist with a zeal which is a rare these days in the Indian media and has won many journalistic awards. The subject of "special forces of the Indian army" is close to his heart.

He is studying the subject since last 18 years and has exclusively researched it. He has conducted an annual training workshop for Force One, the commando force raised by the Mumbai Police after 26/11 attacks.

Both the writers chatted with rediff.com's Sheela Bhatt in an e-mail interview. Here's the first of the two-part series.

What's the main premise of the book? What are the significant issues discussed in it? Can you shed light on the distinct identity of such forces if compared to the normal battalions?

Gen Katoch: The main premise is that India has failed to strategically employ its considerable number of special forces especially in creating deterrence against the asymmetric war unleashed upon us by both Pakistan and China since past several years, and that we need to right this urgently. 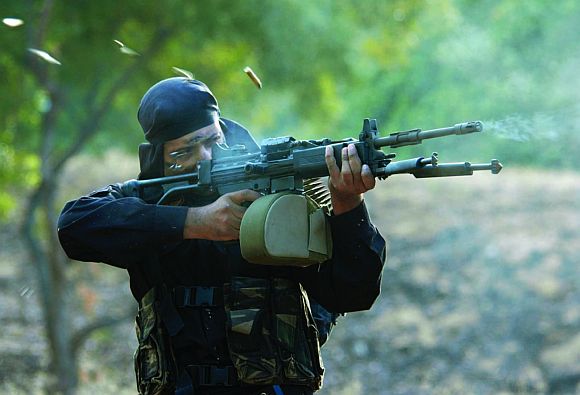 Analyst Stephen P Cohen aptly described the task of special forces in his book The Idea of Pakistan as, "The proxy application of force at low and precisely calculated levels, the objective being to achieve some political effect, not a battlefield victory".

Dutta: The book was written primarily with the aim to record the history and the facts on the evolution of the special forces in India. Currently there isn't any book available on Indian special forces and this dearth of literature, in our view as detrimental to the future evolution and growth of India's special forces.

The era of conventional wars in almost over in the Indian context. In such a scenario, special forces could play a decisive strategic role in the spectrum of conflict.

We recognised that this was not being understood in the military and the political hierarchy. Our attempt is to ensure that we put out a sound case that is rooted in history and also sources authentic material to substantiate what we say.

It is also an attempt to correct the misperceptions and the misconceptions about the special forces and their roles that currently haunt our security mandarins and politico-military leadership.

'The special forces is not a game of numbers' 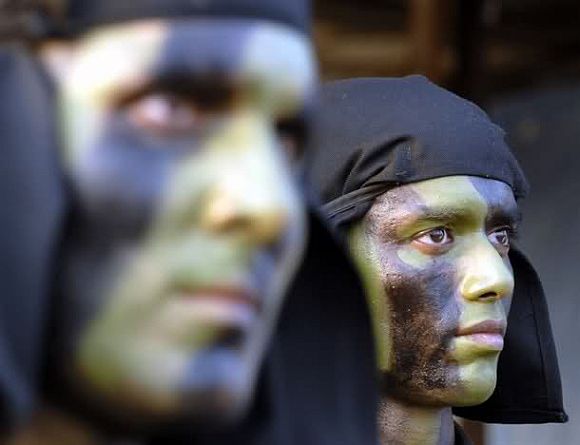 Saikat had once written that, "The evolution of special forces in India continues to be a painful and muddled process". Can you explain what do you say so?

Gen Katoch: When the first Indo-US Defence Planning Group meeting was held in New Delhi post 9/11, the Americans were flabbergasted to learn two facts: first, that our ministry of defence had no military personnel on deputation or on permanent absorption; second, that our parachute (special forces) battalions and parachute battalions are grouped in the same parachute regiment.

When the initial two special forces Battalions (9 and 10 Para Commando) were raised, strengths being small they were put in the parachute regiment.

Also, the special forces is not a game of numbers and I for one am against their expansion of any sort. Our special forces in their present state are comparable only to the rangers of the US. We must consolidate and modernise our existing special forces resources.

As regards the parachute brigade, I view them as a rapid reaction force to be used within and outside the country".

'In terms of quality, reach, capabilities we are far, far behind US special forces' 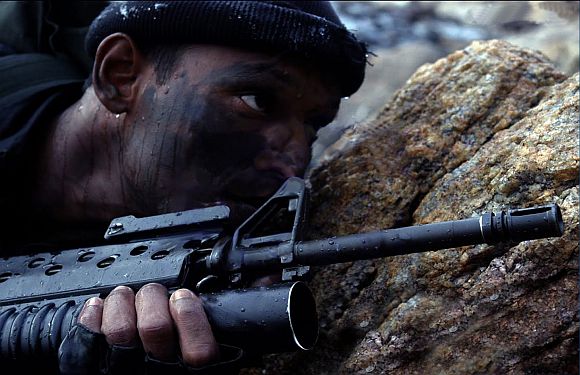 A HQ special forces, plus a special forces training wing were raised and the commando cell in military operations was elevated to be headed by a brigadier-level officer. Ironically, Gen Joshi died in harness and his successor, Gen Shankar Roychowdhury disbanded the special forces regiment.

Dutta: Today, in just numbers, we have more fighting men who are called special forces than all the fighting men and women troops under the United States special operations command. But in terms of quality, reach, capabilities we are far, far behind them.

So what is the use of having large numbers when they are reduced to playing the role of a super-infantry at best. This is an extremely sad state of affairs because special forces, by nature, are small, need intensive investments to develop special skills which cannot be mass produced.

Instead of recognising this basic fact, we have ended up aimlessly expanding our numbers despite our severe resource crunch at the cost of quality. This has severely affected the quality and capability of our special forces.

On the balance, has India's special forces been successful?

Gen Katoch: Let me put it this way, they have been successful within the constraints of their employment albeit they have hardly been employed as how special forces should actually be -- strategically.

They have been mostly used for counter insurgency within India, where their record has been very good but these are tasks which can also be performed by infantry and troops of other units like the Rashtriya Rifles and the Assam Rifles.

While special forces should be central to asymmetric response including against irregular forces, asymmetric warfare does not automatically equate to a physical attack. A physical attack is only the extreme and potentially most dangerous expression of asymmetric warfare. The key lies in achieving strategic objectives through application of modest resources with the essential psychological element.

'In India, there is no recognition of the role of special forces' 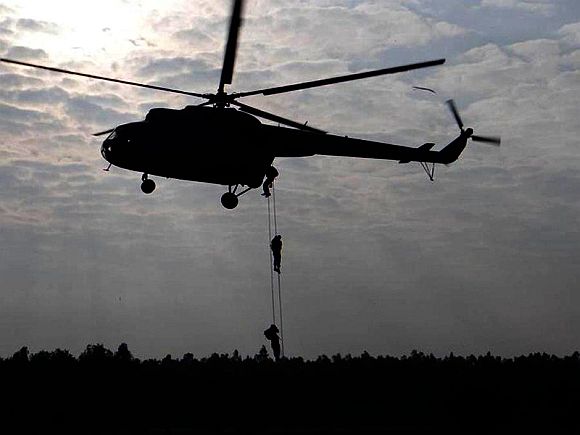 In its history which action of SF will you term as glorious? Can you narrate it please?

Gen Katoch: Through the book, you can discern that the best of actions have been in counter insurgency operations (that is what I call within constraints of their employment). They also accredited themselves very well in Sri Lanka as part of the IPKF as LTTE intercepts indicated these were the troops that the LTTE feared most.

Dutta: As Gen Katoch rightly says within the constraints the Indian special forces have done a wonderful job. If we see the gallantry medals given to the three original special forces units (1, 9, 10) we will see that the high number of medals speaks volumes about the quality of the men who serve in these three elite units.

For instance, the only military officer who sits with the cabinet's crisis management group in the United Kingdom is the director, special forces, a major general officer who has served with the elite SAS in his career. That is the importance mature democracies and governments accord the special forces.

In India, there is no recognition of the role, capabilities and therefore, requirements of the special forces by both -- the military and the political leadership. 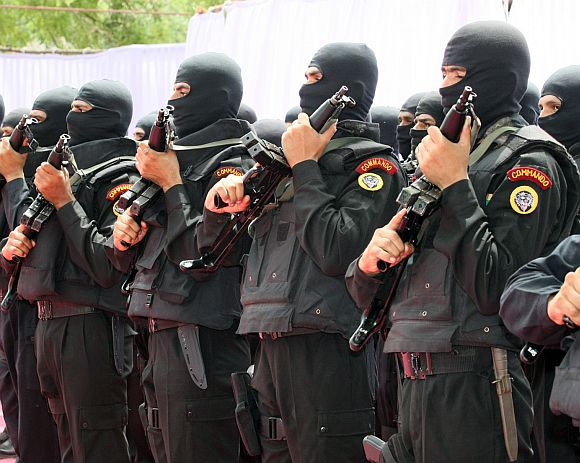 When did the Indian Special forces fail miserably? Can you give us the background under which they lost out?

Gen Katoch: Analysis proves that failures have occurred when the hierarchy/higher commanders fail to understand what special forces are about, and ironically fail to listen to special forces advice.

Even if one is stupid enough to task them wrongly, you have to leave the execution to them -- not compound the stupidity of ordering them 'how' to execute the task. Besides, you cannot task special forces on zero intelligence.

Reading the book, you can examine yourself why the helicopter borne raid in Jaffna University area during the IPKF operations, why frontal assaults were ordered during Operation Vijay and Operation Blue Star and what the consequences were.

No one was taken to task why such frontal assaults were ordered in the first place when special forces do not have such fire power and manpower, and in one case even barred from carrying what fire power they had, leading to excessive avoidable casualties and the commanding officer telling the media subsequently, "They were sent in with their hands tied behind their back".

The NSG task force enroute to 26/11 was told by the DG NSG enroute that he wanted the terrorists alive -- alive when they are firing AKs and the NSG boys didn't even have corner shots? Post the US Special forces raid to kill Osama-bin-Laden, I was asked during a TV debate whether our special forces can execute such a task. My response was that if we could put down two helicopters similarly in Osama's compound, no reason why our boys cannot do it but the question is does India has such capacity and is doing anything to achieve such capability -- the answer is a big fat no!

Dutta: In the book we have recorded how special forces were repeatedly misused -- be it Sri Lanka or the Kargil War. Under 8 Mountain Division, one elite SF unit was sent on a mission when they did not even have the ropes to tackle the heights. They were not allowed to enter Pakistani-occupied territory when special forces are meant to go behind enemy lines!

Watch this space for Part II of this interview...