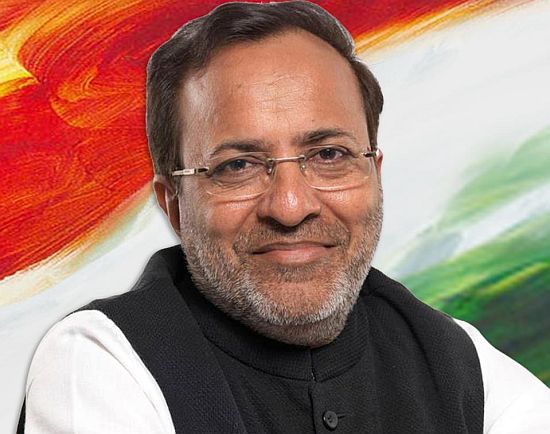 Image: Arjun Modhwadia
Premal Balan
In the wake of the assembly elections in Gujarat on December 13 and 17, the state's main Opposition party Congress is set to take on the Narendra Modi-led Bharatiya Janata Party government. Gujarat Pradesh Congress Committee President Arjun Modhwadia tells Premal Balan how the Congress plans to expose the incumbent government and turn the tide in its favour

What are the issues your party is planning to focus on?

We will raise issues and schemes pertaining to the benefit of the people. We had initiated some of them during the Congress' rule in Gujarat, but the BJP had scrapped them completely.

The Congress party used to provide free healthcare, but now the BJP is charging money to issue case papers in general hospitals. And if you can't pay, there is no treatment for the patient. Besides, we provided free education. But, during the BJP's rule, one has to pay high fees plus donations.

The Congress also used to give 100-yard plots to rural poor -- another scheme that has been closed down by the Modi government. We joined hands with the Gujarat Housing Board and built houses for small and middle-income groups in the state. For the benefit of farmers, we provided electricity connections at a nominal fee.

Now, power connections to over a million farmers are pending for the last 10 years. The BJP government has done nothing to deal with these issues. Today, over a million educated youth are unemployed in the state. 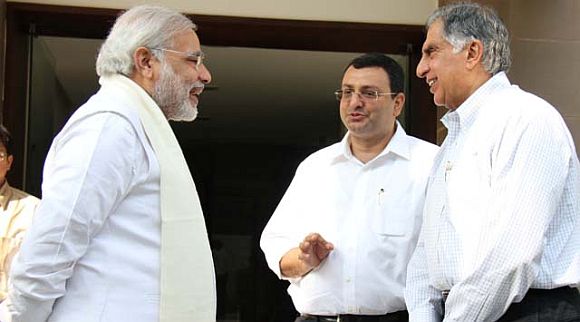 The ruling party has made schemes and allocated budgets only to benefit the rich industrialists, besides diverting the state's precious natural resources towards them. The current public debt is Rs 1.45 lakh crore and the budget is Rs 1 lakh crore.

Forest land, government land, grazing land and coastal belt have been indiscriminately destroyed, so much so that they are beyond use for the future generation.

Chief Minister Narendra Modi has given away land to a handful of industrialists at a rate as low as Rs 1 per sq m. Nearly 104 crore sq m land has been sold to industrialists. Around Rs 33,000 crore of benefits were given to Tata Motors for the Nano car project.

What does the Congress plan to change if brought to power?

The Congress party is determined to stop all favours to industrialists and ask them to build facilities on their own. We cannot help them in setting up an industry using the people's money. It needs to be used only for the welfare of the people.

If we come to power, we have decided to revive the older schemes initiated by the early Congress governments. This would include allocating 100-yard plot to rural poor with an easy loan facility to build a 30-yard house each. For urban masses, we would provide houses under three categories.

'Corruption issues in Gujarat are much larger' 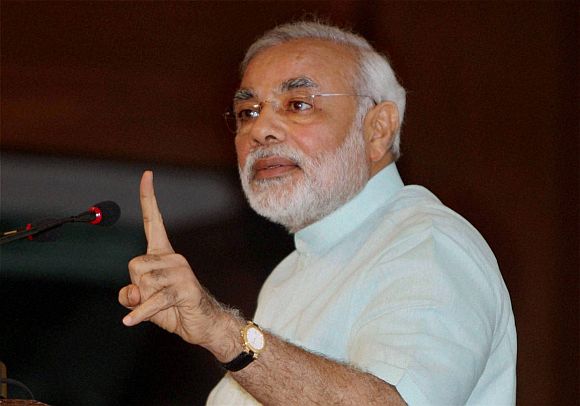 We have also decided to provide timely power connections to boost agriculture. We would rationalise VAT (value-added tax) rates on petrol and diesel -- the highest in the country -- and bring them down.

The central government will be providing six cylinders under subsidised rates for a year, and we will give an additional six and make it 12 per year. We will also pay fees for 30 per cent students studying in self-financed colleges, besides giving a laptop to each. We are looking at creating a million jobs in the next five years. We aim to reach out to the people with our agenda.

Will the alleged scams at the Centre accusing the Congress-led United Progressive Alliance (UPA) government of corruption affect the state polls?

When the 2G spectrum scam came to light, the Central Bureau of Investigation probed the case under the Supreme Court's monitoring and the accused were sent to jail. As far as the coal block allocation is concerned, it was the demand of the states. The policy, in both the 2G spectrum and coal block allotment, was the same during the National Democratic Alliance government. Despite that, a CBI inquiry was ordered and licences of many were revoked.

Against this, in Gujarat, a Rs 42,000-crore scam has been brought to light by the Comptroller and Auditor General. Nothing has happened in that so far. There is no Lokayukta for the past eight years. So, the corruption issues in Gujarat are much larger.

During the elections, the effect would be the other way round. The corruption issues here are going to create hurdles for Modi.

'This time, there is tremendous unity in the Congress' 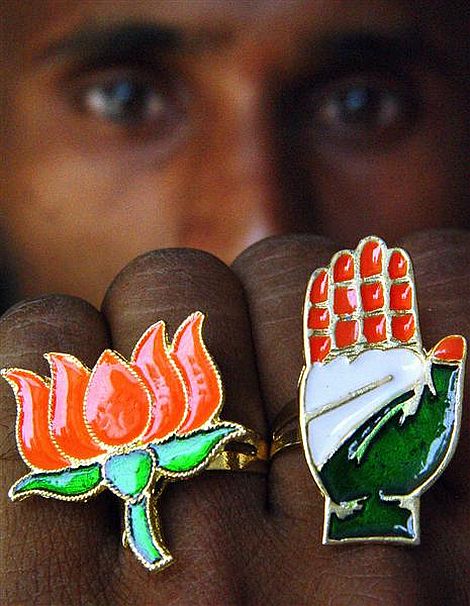 The victory margins had decreased during the last assembly polls in the state. Is there any specific plan for those constituencies?

The margins had decreased substantially the last time. The average margin was only three per cent. This time, the difference would be bigger. If there is a swing of three per cent votes, the Congress could get 110 seats (of the 182 seats). The scenario has changed considerably this time around.

What would be the selection criteria for candidates?

Youth, educated and professional -- all would get tickets. This will be decided in due course of time. We have not zeroed in on our candidates. We are deliberating on the issue.

How do you plan to tackle infractions and defections of unhappy members like during the 2009 general elections?

That was not a major issue. This time, there is tremendous unity in the Congress like never before. So, this question would not even arise. The Gujarat unit of the Congress is the most homogeneous unit in the entire country. We all are working collectively.

'Why should Soniaji make any statement?' 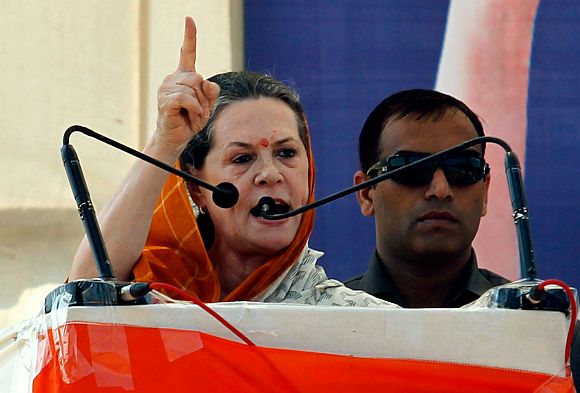 Do you have any region-specific plans?

We do not plan issues region-wise. Our issues are general. We have started constituting booth-level committees and those are working very well. We are focusing on taking positive issues to the people.

Why didn't UPA chairperson Sonia Gandhi make any statement on Modi's allegations over her foreign treatment/visits?

Why should Soniaji make any statement? Modi's allegations on the expenses incurred on her foreign treatment are baseless. Soniaji is a national leader and she would talk about the nation and its people. She was not here to respond to his comments. She was here to meet the people of Saurashtra. And, she spoke what she wanted.