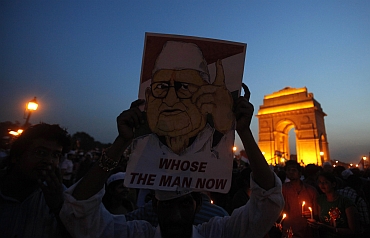 Sneha Kothawade, a young member of Team Anna, credits great team management and organisation for the victory of 'people power' at Ramlila maidan.

So we celebrated the victory of the 'power of the people' over 'people in power' on Sunday with kheer, hugs and gulaal. For once, the entire nation actually stood up to assert that we are a democracy, and we are the masters. Today, as the Ramlila ground is empty, and all the volunteers of Team Anna are in our homes catching on some sleep. I simply find it unbelievable that we actually accomplished so much!

All this would seem very unlikely as Arvind (Kejriwal) sir would repeatedly say, "We are so disorganised! Just show some discipline for these few days!" frustrated at the team of 20-year olds surrounding him. I, being one of the most 'disorganised' and 'undisciplined' myself would try to hide my face behind the others. 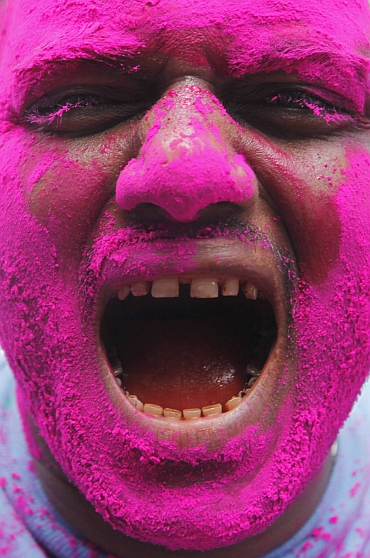 All of us, who have the privilege of working with Arvind sir, do feel so guilty that while he works so hard, we, or at least I, work hardly! The only moments which somewhat rid us of guilt are when some outsider bestows the compliment, that the 'youth team is doing wonders!'

Firstly, the reason for success is mass communication. Whenever somebody asks about the organisation structure of India against Corruption, we say that we have only a 'communication structure.' We have teams to communicate: with the people, with our active volunteers, with our core committee members, and with media persons.

'Anna Hazare's life is a message' 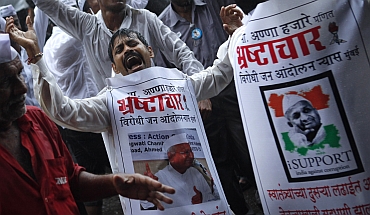 And we communicate through every medium possible: SMS, a helpline phone number, e-mail, newspaper, television, website, Youtube and Facebook! But in the same breath, it may be added that most problems we have faced is also in the communication only. For example, phones of key persons often don't get received, all volunteers aren't regularly contacted and updated about movement, database of contacts is ill-managed etc. But this just goes on to prove that it is 'communication' is our aim, sometimes our problem -- then our brainstorming subject and then our achievement.

Secondly, I feel we succeeded because of our leadership. The best thing that we have is Anna Hazare, one person whose life is his message. He is a hard-core grassroots activist. In his village, he planted trees, did rainwater harvesting, made farming profitable, started a school and ensured prosperity for his villagers.

He then took on bigger fights as he encountered corruption in development projects. "I took the wickets of six ministers. I sent 400 officers home. (6 mantriyo ka wicket liya, 400 officers ko ghar bheja), one dialogue which Anna often says uses describing his fight against corruption. But what has worked more is decentralisation and individualisation of Anna by one slogan "I am Anna".

This embodiment of Anna within each person means that there is no follower, as everybody is the leader himself! I have myself never heard of such a concept before in any other movement, which says that you are the leader -- like for instance "I am Gandhi" or "I am Che Guevera" or "I am Mandela".

If I would think hard, then I can only say that before this I have heard this only in spiritual circles that people say,"I am Atma". I strongly feel these three words "I am Anna" have made this movement so spontaneous across the country. As whenever we would receive a call on the helpline asking 'How can I do something in my area?' -- we would reply 'Sir You are Anna. Just take the initiative and people will join in the noble national cause!"

'Our leadership kept us in awe of their logic, maturity' 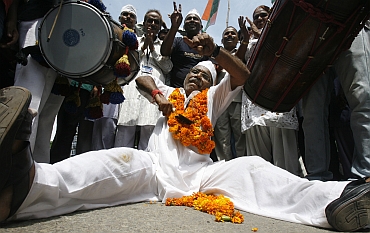 And backing Anna Hazare, we have the leadership of Arvind sir, Prashant Bhushan sir, Manish (Sisodia) sir, Kiran Bedi maam, all of whom just ceaselessly keep us in awe of their logical thinking, maturity and strategic planning. The youth particularly idolises each of them, for they are immensely knowledgeable and highly qualified.

If you would have noted, then I have put our leadership second and communication first. Because I am not blind to the fact that there would be equally competent and genuine people in our country, and just aren't as highlighted by the media. And without communication, people didn't even know who Anna Hazare was!

And in fact, when our leadership got arrested on August 16, a situation we had anticipated, we had kept our communication team underground, only to ensure that communication continues. In those three days, channelising people, informing media persons was most crucial. A Youtube video of Anna Hazare was prepared in advance, which said that people should remain peaceful, not harm any public property and start a 'jail bharo'.

Our helpline number was diverted on four mobiles, and we were informing people on where to go, Chhatrasaal Stadium, India Gate and Tihar jail. We were also constantly communicating with the media persons, as well as co-ordinating with activists across the country. So despite the physical absence and of our leadership, it was communication, which kept the movement going! 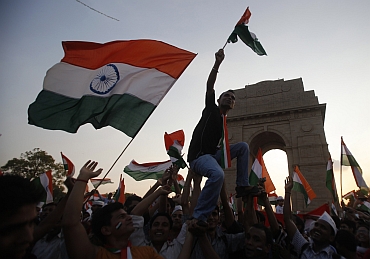 And thirdly, and I feel that the movement succeeded because of the youth. The young people, who were curious for their future, who were anxious about how they will manage their living in this big bad world, were the first to respond to the call of 'making a better world.' Most of our volunteers are in the age bracket of 20-30, who were experiencing patriotism for the first time.

They are either students, or preparing for civil services, or professionals who have recently started working. These young minds yearn for a clean and smooth life, and are willing to do their bit for it. They want a change in the system, and they are willing to toil and sweat to make it happen. The boys, who unloaded cartons of water bottles from the truck and distributed it to the crowds, sheepishly confessed that they had not even fetched a glass of water for their mother before this.

The young girls who go outside the houses of MP said that they had never thought that they would ever do anything such that could send them packing to the jail. Even the youth probably didn't know that they had such immense potential to usher in a positive change. One can thus rightly say that while the brain of the movement is old and experienced, the hands and legs of the movement are young and energetic.

But even as I try to rationally list reasons of this people's movement, I still think that it was some magical divine intervention, which made everything happen. And the real secret is, that the magic wand which Manmohan Singh claims does not exist, actually does. And God is rather using it generously, to finally put an end corruption!

Sneha Kothawade, a member of Team Anna, works at Public Cause Research Foundation as part of the communication team.