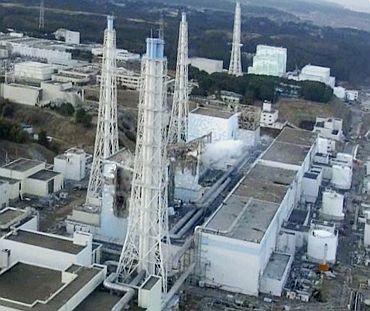 Dr A N Prasad, former director, Bhabha Atomic Research Centre, tells Rediff.com's Sheela Bhatt how 'awful' India's nuclear disaster management plans are, and why it would be an extremely difficult situation if it faces a crisis like Japan. Part 1 of the interview with Dr Prasad: 'What do politicians know about nuclear safeguards?'

How will Indian reactors cope with a situation like what we see in post-tsunami Japan?

I have been saying all along that nuclear business is a very serious business.

If you set up a 1,000-megawatt coal or gas-based power station, the margin of safety will be entirely different than that of a nuclear power station.

Coal or gas is not at all comparable to nuclear energy because if something happens in such a station, the loss will be of the plant and it would be confined to the site or that area.

In a nuclear power station, the problem is not only at the site, but also off the site.

Safety in design, construction, execution, maintenance, operations and safety in handling of fissile material and discharge material is extensive. At every stage, the safety procedures are carried out by humans.

So, human errors are possible; somebody can inadvertently or advertently commit an error.

And then there are natural calamities. So every country and every company has to be very careful while carrying out operations of nuclear energy.

Take the Jaitapur nuclear plant (to be set up in Maharashtra). There is so much opposition to it. Even if you make the reactor safe, if you forcibly put it up by taking their (farmers') land, you are playing with fire.

There will be disgruntled people opposing it and they could create problems anytime.

The plants will be operating under a hostile environment through and through in spite of safeguards.

Suppose a disgruntled fellow is inside the plant. Then what can you do with your safety measures?

'The govt is bringing tremendous risk to nuclear business in India' 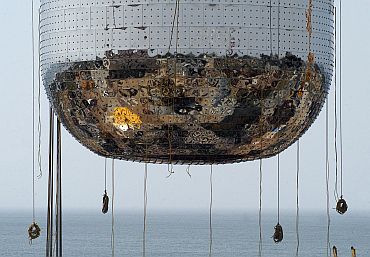 What do you think of the proposed Jaitapur nuclear power plant project?

I think the government is foolishly trying to introduce so many reactors in such a short time. The government is bringing tremendous risk to the whole nuclear business in India. I am worried about it.

In a site like Jaitapur, if you are bringing in reactors which have not been tested, you are importing a risk as 1,600 megawatt reactors are not operating anywhere else in the world.

The first reactor of its kind is being built in Finland by Areva. It has been delayed for various reasons; the time-period and cost have shot up.

France is also building this type of reactor for the first time. It is not complete yet. A reactor with 1,600 megawatt power is huge and having six reactors in a row in Jaitapur is a tremendous thing to do.

To run plants of 9,600 mw, you will require an experienced staff which we don't have. It will be a great burden on the environment too.

I am one of those people who would like to ensure our capability before we bring in something. Before we spend money, we should know if we will be able to manage it. It will be foolhardy to say 'Come what may, I can accept any challenge.'

This kind of attitude can't work in the field of nuclear energy. The point is in this sensitive technology, I would like to go step by step.

Along with a high level of technology, a country should have the infrastructure and capabilities of all kinds to handle new technology of such magnitude.

Our regulatory board has no experience of such reactors. We just don't know how regulators will handle nuclear power plants set up in collaboration with Russian, French and American firms spread all over India.

I am saying the reactors may be saved in the event of a tsunami or an earthquake. But in India, the opposition is too much and disgruntled elements can commit any kind of mischief.

My strong opinion is that we should have moved slowly and surely on this route. The country is not yet prepared for such a big influx of so many nuclear reactors of so many varieties in such a short time.

Disgruntled elements are not an important factor in any other developmental activity but here, you should not provoke people to do things fast or forcibly. You are inviting considerable risk by doing so.

'It seems there's no human error in Fukushima like Chernobyl' 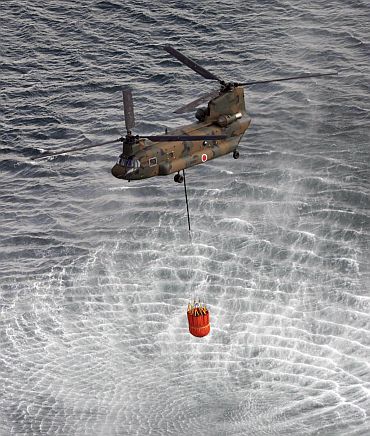 How will the Fukushima crisis affect nuclear trade?

After the 1979 accident at Three Mile Island, the Americans started saying that nuclear power is not economical. They didn't talk about the safety aspect, but they were talking about the aspect of money.

After the calamity in Japan, the Germans are talking about a moratorium. In France, almost 80 per cent power is generated through nuclear energy so they can't do anything about that, they have to live with it.

I think South Korea will have to re-think its nuclear energy policy. It is located very close to Japan. China, like India, is going in for nuclear energy in a big way, but they have ways of doing things. They will come out with their perspective. They don't follow the world trend.

India is foolishly trying to leapfrog by having a whole range of reactors in a short time. It is suicidal. If something happens in India, then the nuclear industry here will get killed.

One saving grace in Japan is that it looks like the crisis has not occurred due to human error, as was the case in Three Mile Island and Chernobyl. 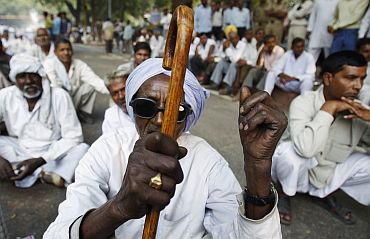 How are India's disaster management plans?

Awful! If a disaster occurs, then how will you manage it? This is a very important aspect of nuclear energy. Our disaster management plan is awful.

We don't have an exclusive zone for nuclear plants. If a Japan-type tragedy happens in India, then can you imagine how many people you will have to evacuate within 20 kms of the plant?

There were not so many people in Japan; the number will run into lakhs in India.

There are no proper roads around our nuclear plants. How will you quickly evacuate people?

How will you encircle the area?

How will you organise transport at that time? We may not find trucks or buses to vacate the area.

There will be people who will refuse to vacate; our people may not be knowledgeable enough (about the consequences of such a disaster). They would refuse due to the fear of losing their belongings.

The operation will be carried out by the local administration but it will be a nightmare.>

Nuclear plants also have an emergency drill. We periodically declare an emergency without the staff knowing about it. The chief of staff decides the day of the drill.

The manual says the local administration should be immediately informed. It should organise transport and medical facilities, hospitals and fire services have to respond. They all have to rush to the nuclear site and ensure that people have been evacuated.

People have to be provided shelter, food and medical check-ups. Such an emergency will require some people who are willing to take risks.

It is possible that some people will be sacrificed while repairing the nuclear plant in Japan.

I was in Russia during the Chernobyl disaster. They were appealing to people to help carry out work inside the nuclear power installation. The authorities promised they would take care of the families of these people and their sacrifices would be rewarded, they would be given posthumous awards etc.

'Japan will bounce back again' 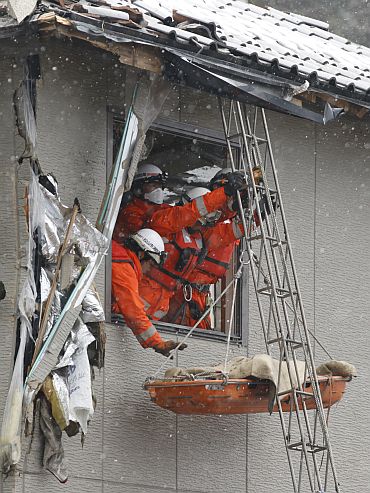 How is Japan likely to cope with this monumental tragedy?

They are a different kind of people. The Japanese people have undergone tremendous losses, but they will bounce back.

Any country that can survive Hiroshima and Nagasaki (the US dropped atom bombs on these Japanese cities in August 1945) and bounce back to become one of the largest economies in the world can survive this tsunami.

The Hiroshima disaster was worse than this. At that time, they were not as advanced in technology as they are now. Today, they are technologically advanced and they will bounce back like never before.