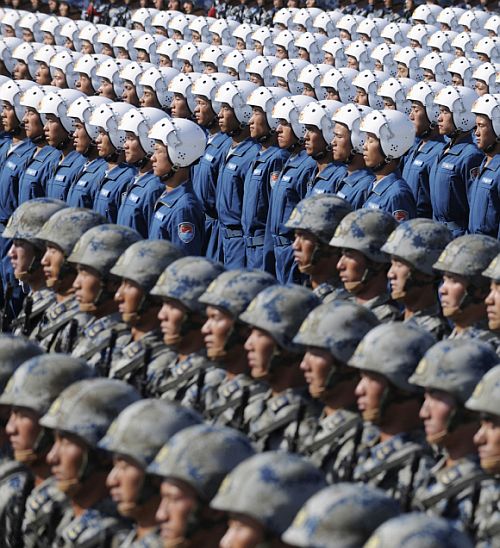 If China's White Paper figures are authentic, the Indian Army, with 1.2 million soldiers, is 50 per cent larger than the PLAA.Ajai Shukla reports

As the Army's Military Intelligence and Military Operations directorates study the Chinese troop incursion into Indian territory at Daulat Beg Oldi, below the towering Karakoram Pass in Ladakh, military analysts are also scanning a newly-released Chinese document for information that might be of help.

Issued on April 16 by the State Council Information Office, the defence White Paper titled 'The Diversified Employment of China's Armed Forces' (hereafter 'China's Armed Forces') provides an unusually clear look into the structures and missions of the People's Liberation Army.

The PLA includes China's ground, air and naval forces, and the Second Artillery Corps that operates that country's strategic arsenal of ballistic and cruise missiles, including those that carry nuclear payloads.

The document, 'China's Armed Forces', has surprised Indian analysts by revealing the PLA land forces (long regarded as the largest standing army in the world) are actually just half the size that intelligence agencies worldwide had estimated. 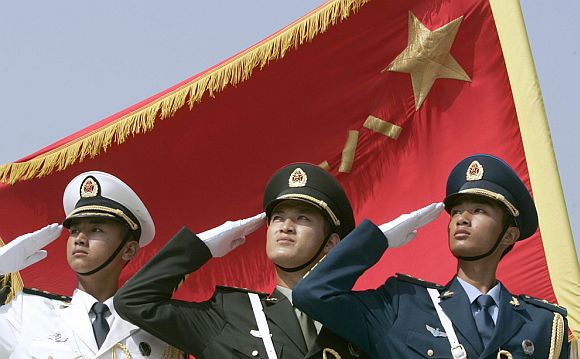 India has always estimated that the PLA Army numbers 1.6 million soldiers but the White Paper says the PLAA was just 850,000 strong.

If these figures are authentic, the Indian Army, with 1.2 million soldiers, is 50 per cent larger than the PLAA.

The PLAA's numbers do not include the People's Armed Police Force and the militia, both of which operate behind the frontlines.

The Indian Army, too, gets assistance from central police organisations like the Indo-Tibetan Border Police, the Border Security Force and the Sashastra Seema Bal. 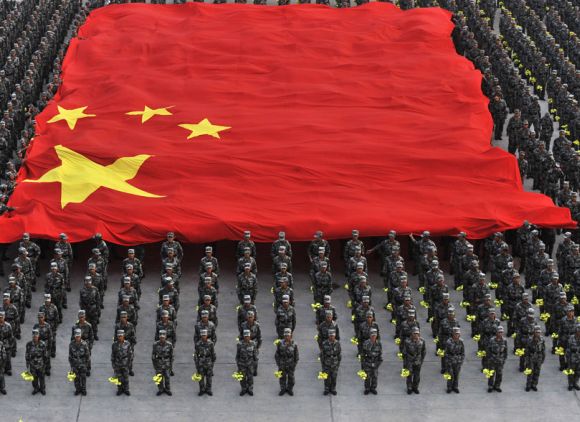 Indian military planners who prepare for eventualities like the current PLA incursion spiralling out of control, perhaps even into actual fighting, focus less on total numbers than on the units and formations that can quickly come into action.

The White Paper fully corroborates the Army's estimates of Chinese formations on the Sino-Indian border. 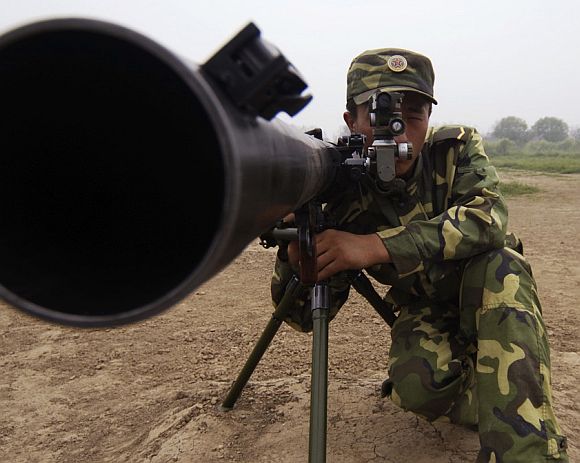 The Indian Army matches that with nine divisions on the Sino-Indian border -- one in Ladakh, three in Sikkim, four in Arunachal and two in Nagaland and Manipur.

In addition, India plans to raise a mountain strike corps during the 12th Defence Plan (2012-2017), which would add two more divisions. These would be stationed in the Brahmaputra Valley for launching offensive operations into Tibet.

India not just matches the PLAA division-for-division but, given the PLAA's revised overall numbers, China's formations could have significantly less troops than what had been earlier anticipated. That means numerical superiority on the Sino-Indian border quite clearly lies with India.

However, China's road and rail infrastructure allows it the major advantage of being able to move troops rapidly, even from other MACs. This would permit the PLAA to quickly concentrate a large number of troops in a small area, attack and overwhelm the Indian defenders at that point.

Since the Sikkim and Arunachal roads are poor and railways non-existent, the Indian Army would find it difficult to move defenders as quickly to the threatened sector. 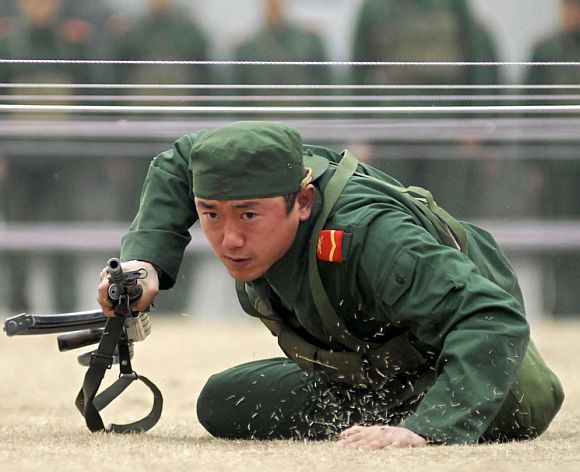 The White Paper reveals the PLAA has extensively practiced concentrating troops in a conflict zone. The document says, "Since 2010, a series of campaign-level exercises and drills code-named "Mission Action" for trans-MAC manoeuvres have been carried out...

Beijing's projection of a benign and responsible international image goes hand-in-hand with its rather more bare-knuckled handling of the Diaoyu/Senkaku islands dispute with Japan, its insistence on control over the South China Sea and its recent protests over Washington's decision to sell F-16 fighters to Taiwan.