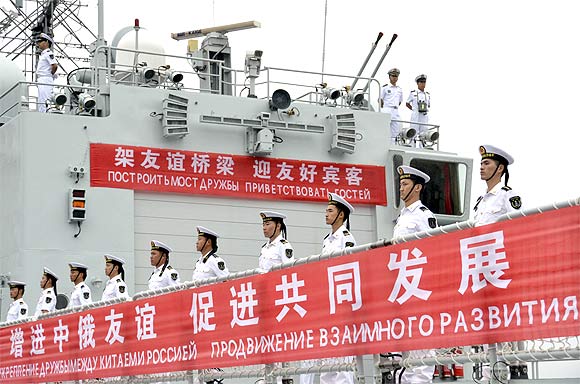 India's answer to China's 'string of pearls' in Asia, particularly South Asia, is its own 'necklace of diamonds', reports Aziz Haniffa

India's erstwhile foreign secretary and former Ambassador to the United States, Lalit Mansingh, who is now regularly invited by Washington DC think-tanks and various South Asia programmes in American universities and colleges, has ruled out the possibility of India pursuing a balance of power vis-a-vis China.

Mansingh, while addressing a conference on India as a Global Power organised by George Washington University's Sigur Center for Asian Studies and DC think-tank the Centre for a New American Security, said India's answer to China's "string of pearls" in Asia, particularly South Asia, was its own "necklace of diamonds".

"It is clearly emerging that China's policy is a kind of method by which they not only promote economic interests, they are actually trying to keep India boxed in within the South Asia context. And this is where we have to respond to their so-called string of pearls," he said.

'Indian Ocean has to be kept open for everybody' 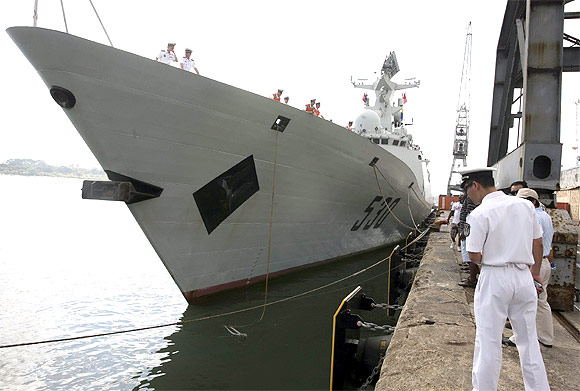 Mansingh noted, "It is not that they have done anything wrong in having agreements for building naval facilities in our neighbourhood. We should have done that. The Chinese were smarter, they did it first."

"But having said that," he argued, "there is an increasing Chinese military presence in the Indian Ocean area and they are talking dangerously in terms of protecting their own sea lanes of commerce."

Mansingh said, "Any encroachment on the global commons is not acceptable and we have to be pro-active in getting all other countries together to oppose this kind of thing."

He said the answer to the string of pearls "is what is called the necklace of diamonds. We are building up our bilateral military relationships with key countries in the Indian Ocean area -- with Australia, with Indonesia, with Vietnam, with our neighbouring countries in South Asia, with the Gulf Cooperation Council countries. That is how we want to do it to make sure that everybody is aware that the Indian Ocean has to be kept open for everybody and no power has the right to encroach on the global commons."

'A serious blue-water navy is a long way off' 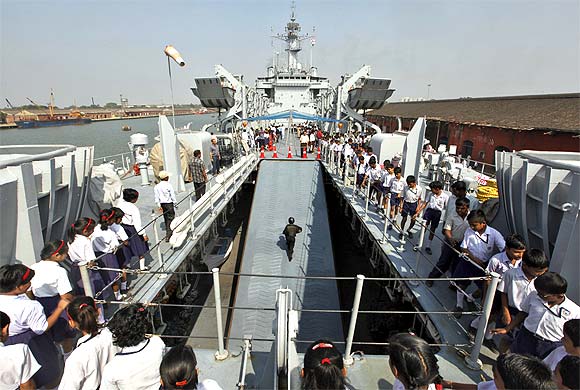 Mansingh said that it is imperative to enforce this necklace of diamonds and in this regard, "we have to have a blue-water navy because we have to walk the talk."

"If you are asking other countries to be alert and protect our common interests, we should be able to contribute. That's why it is important to have a better navy," he said.

But T N Ninan, chairman and chief editor of Business Standard, scoffed at India having a blue-water navy, saying, "A serious blue-water navy is a long way off."

He predicted that "even by 2030," India would not have a blue-water navy and said India's scrambling to reach agreements with the likes of Australia, Indonesia, Vietnam and others "is a response to the string of pearls business with countries in the Chinese littoral area and the fact also is that all of them are busy re-arming."

'Each country sees a threat from China' 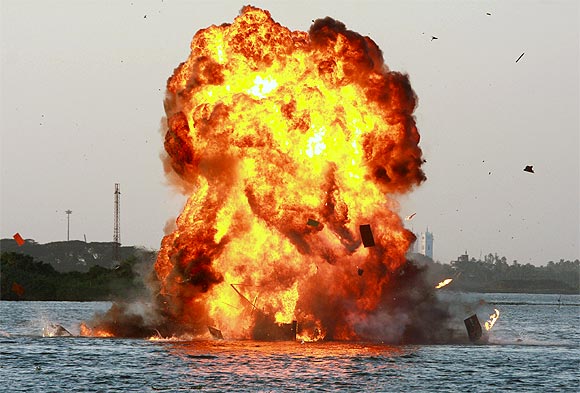 Ninan said, "Each country in the region, sees a threat (from China) and is responding."

But he argued that the major threats to India "are environment and energy and both flow from the fact that India's primary concern is to make sure that it has the room to grow economically."

"We are less than 20 percent of the global averages on per capita incomes," Ninan said, and added, "So, there is a long way to go before you can even get to be a proper middle-income country."