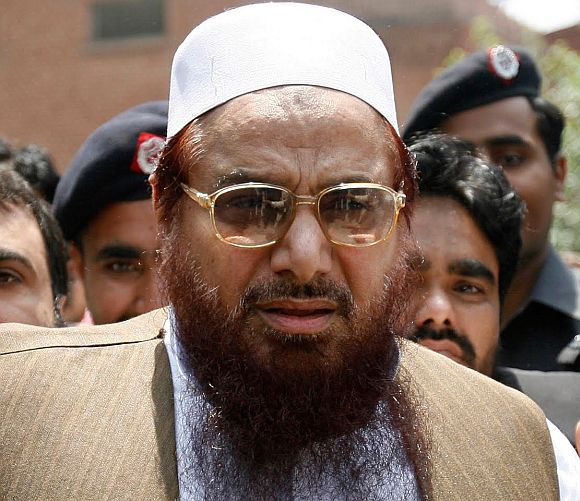 Jamaat-ud-Dawah chief Hafiz Muhammad Saeed, blamed for the 2008 Mumbai terror attacks, has kept the guessing game on about his reported political ambitions.

At a press conference on Tuesday in Karachi, he parried questions on whether the JuD would declare itself a political party and participate in elections.

There is speculation that Saeed plans to contest upcoming elections either to the Punjab assembly or the national assembly, the lower house of Parliament.

He said it was a "misconception" to consider that the JuD was not a political party as its activities, including bringing together different parties and raising awareness on issues, were of a political nature. 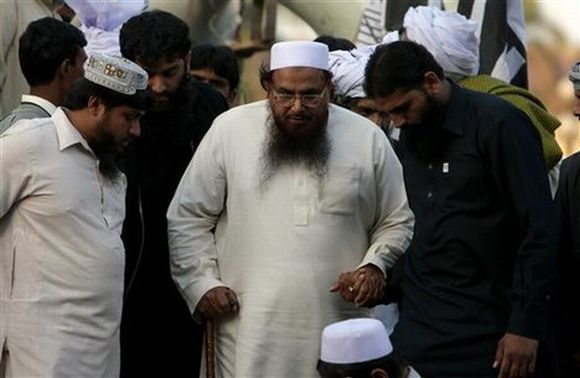 "We believe the politics of polarisation harms the Ummah (Muslim brotherhood)," Saeed was quoted as saying by The Express Tribune daily.

In recent months, the JuD has played a key role in putting together the Defa-e-Pakistan Council (Defence of Pakistan Council), a conglomerate of some 40 religious and extremist groups.

The Council has organised a string of massive rallies across the country during which hardline leaders, including Saeed, opposed the granting of most favoured nation-status to India and demanded that Pakistan pull out of the US-led war on terrorism.

During Tuesday's news conference, Saeed said the Defa-e-Pakistan Council was a coalition that aimed to "defend Pakistan". He said: "Political activity and ups and downs will continue regardless -- but Pakistan has to be safe and secure".

The UN Security Council declared the JuD a front for the banned Lashkar-e-Taiba, which too was founded by Saeed, in the wake of the Mumbai attacks.

Saeed and several other JuD leaders were detained by Pakistani authorities after the attacks but they were freed within six months.

After the easing of restrictions imposed on him last year, Saeed has stepped up his public activities, including organising rallies and events in support of the blasphemy law and highlighting differences over the sharing of river waters with India.

The Defa-e-Pakistan Council has tried to rope in mainstream political parties for its rallies and a delegation with senior JuD leaders recently met PML-N chief Nawaz Sharif while Pakistan Tehrik-e-Insaf chief Imran Khan sent a message to be read out on his behalf at the Council's rally in Lahore last month.