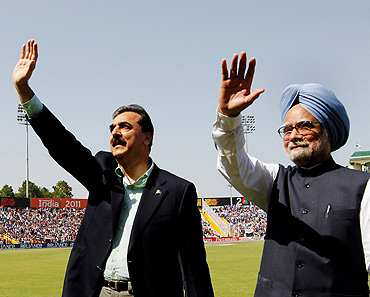 Pakistan Prime Minister Yousuf Raza Gilani on Friday said that Pakistan and India should overcome 'war phobia' to address their outstanding issues as a 'third power' cannot come and do it for them.

"We need to give attention to the poor people of the two countries and that can happen when the war phobia ends," Gilani said while speaking in the Senate or upper house of parliament on his meeting with his Indian counterpart Manmohan Singh on the margins of the cricket World cup semi-final at Mohali on Wednesday.

"We need to work together to resolve our real issues. We should look after the poor masses of both the countries and we both have agreed that, yes, this is the problem," Gilani said, referring to his talks with Singh.

'India is ready to hold talks on every issue' 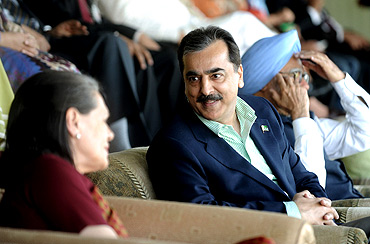 Addressing critics of his government who have claimed that the premier did not raise the Kashmir issue with Singh, Gilani said: "The outstanding and the core issue is Kashmir. So what other issue can you talk about? We discussed all issues and we agreed that we have to take ownership (of our problems). If we do not resolve our issues by ourselves, then a third power cannot come and do it."

Taking ownership of outstanding issues will help Pakistan and India to address the problems of the people of both countries, including poverty, hunger, disease, unemployment, law and order and food security, he said.

Gilani said Singh had told him that India is ready to hold talks on every issue.

'Their gesture of invitation to spread goodwill' 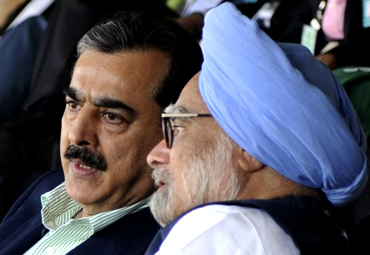 "Their gesture of sending an invitation (to watch the World cup semi-final) was aimed at creating goodwill in both countries," he added.

Gilani recounted the warmth he had encountered in Mohali, saying he had seen the involvement of the Indian public in all aspects of the visit.

"Before they thought that there was a war but this time that environment was not there... At the stadium, when we waved the whole crowd stood up and when we were coming back, people on both sides of the road greeted us," he said.

'This was not a defeat for anyone' 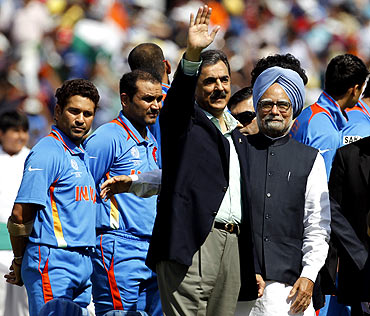 "It was not that we lost and we had to leave secretly," he said. Gilani described the semi-final match, in which India defeated Pakistan by 29 runs, as a victory for cricket.

He said, "We should take this in a sportsman's spirit and we must encourage our youth and sportsmen."