'I hope India will win 10 medals, including 2 golds, in the next Olympics' 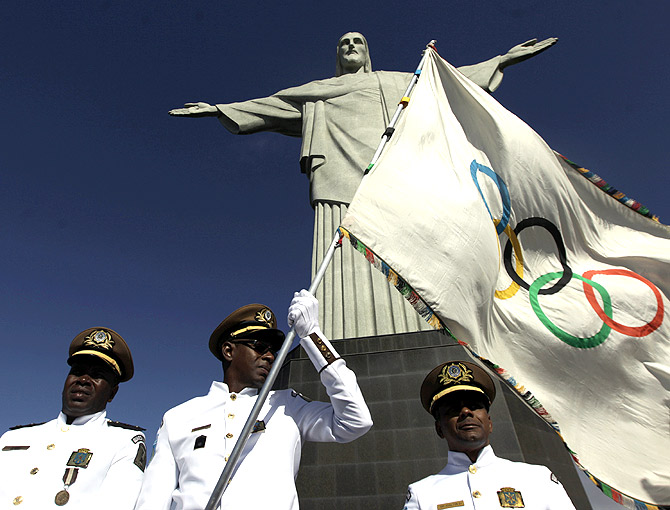 'My vision for India is a clean and corruption-free country. The youth need to be actively involved in politics and policy making. It is easy to complain, but tough to make a positive difference,' says former Indian hockey captain Viren Rasquinha, COO, Olympic Gold Quest, in our special series where well-known Indians speak about their India.

I am a very proud patriotic Indian and I love the fact that we are a very vibrant democracy where we are free to do what we want and there are so many opportunities to follow our dreams.

The Indian people are very warm, friendly and helpful. You can go unannounced to the neighbour and ask for rice/sugar etc and they would not mind.

You can meet friends without taking an appointment. These are the good things.

I think what is negative about us is our poor manners and social etiquette in general. For example, not holding the door open for a lady; throwing rubbish anywhere on the road. We need to work on cleanliness.

Some of the issues that need urgent attention is corruption at all levels of government, bureaucracy, business, the corporate sector and in sports.

My vision for India is a clean and corruption-free country.

My big hope is that in the Rio de Janeiro Olympic Games in 2016, India will win 10 medals which will include at least 2 golds.

The youth need to be actively involved in politics and policy making. It is easy to complain, but tough to make a positive difference. We need to encourage the education of women. Each one, teach one is a great concept.

I have a lot of respect for India's armed forces. They still retain the aura of class, dignity and excellence in service and performance.

They have fought so many wars and have protected and won great honour for the nation.

Of India's beautiful places, my favourites are Mumbai and Goa, any place where there is a clean beach.

Viren Rasquinha, 33, represented India at the 2004 Athens Olympic Games. Rasquinha, who was conferred the Arjuna Award in 2005, retired from international hockey at 28 to pursue management studies at the Indian School of Business in Hyderabad.

He is the COO of Olympic Gold Quest, which played a key role in India's six medal win at the 2012 London Olympic Games. Four of those medals were won by athletes supported by Olympic Gold Quest -- MC Mary Kom, Vijay Kumar, Saina Nehwal and Gagan Narang.