'Nobody gives up in India. Or on India' 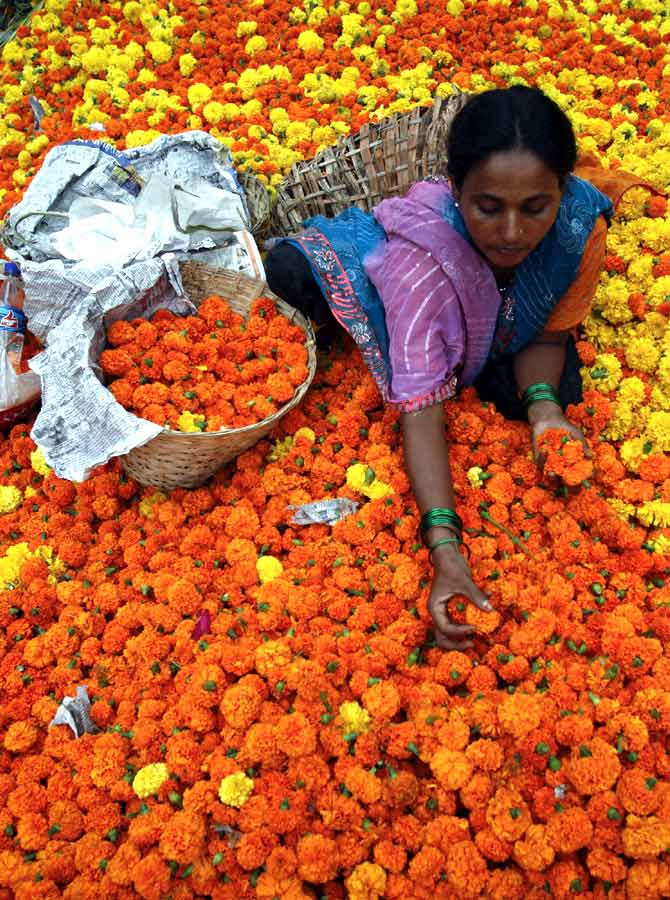 ‘India stands out in the world because of its ability to absorb, survive, bounce back and stay together despite daunting odds.

‘India stands out because of its survival instincts.

‘India will go on forever...,’ says author, columnist and publisher Shobhaa De, in a special series where well-known Indians tell Rediff.com why they love India.

I love: India’s unpredictability. Its insanity. Its jugaad mentality. Its wisdom. Its compassion.

India's strengths: Its billion plus people. What a resource!

Its youth. Their optimism. Their idealism.

India stands out in the world: Because of its ability to absorb, survive, bounce back and stay together despite daunting odds.

India stands out because of its survival instincts.

India will go on forever....

When I’m away from India, I miss: The smells!

But, most of all, its chaos.

Indian food dishes that rock!: Idlis and dosas -- we have not bothered to exploit  its potential as a global street food.

Three words that describe all that is good about India: Forgiving. Accommodating. Spiritual.

What gives me great hope for the country and its future: You just have to look into the bright, shining eyes of the street urchins.... their ready smiles... the songs on their lips. That is a miracle.

Even they, in their despair and drudgery, dream of a better future.

Nobody gives up in India. Or on India.

India’s drawbacks: Our laid-back attitude, which refuses to change even during a crisis.

Our lack of ambition; we let the most glorious opportunities go.

The absence of old-fashioned nationalism which drives a country to achieve, to realise its potential.

'Proud to be Indian' remains an unconvincing, empty slogan.

My pledge for India: My country, right or wrong. Through good times and bad, my commitment to India will not waver.

To all Indians: Keep the faith. This too shall pass. Do your bit. And think Indian.

Shobhaa De is a well-known writer and commentator. She is a former editor and the author of several books.

She spoke to Savera R Someshwar.