Captain Gopinath: 'Youth need to understand the spirit of India' 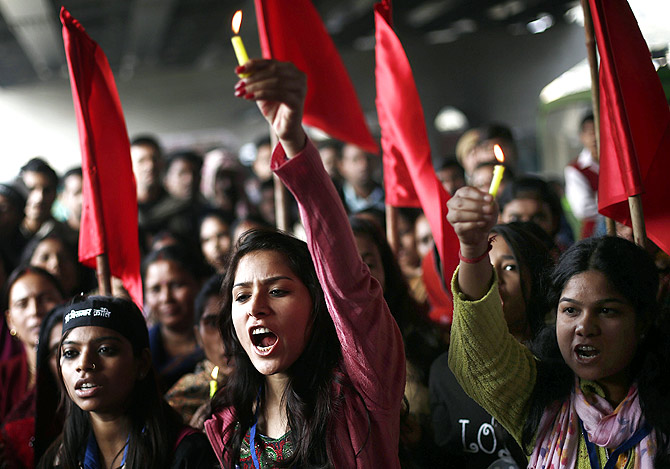 'The youth, as Tagore or Kuvempu, would say should become vishwa manavas...'

'Corruption is the biggest problem confronting us. We need to bring about an urgent change in our way of life and also in the political scenario,' says Captain Gopinath, founder of India's first low-cost airline Air Deccan, who recently joined the Aam Aadmi Party, in our ongoing series celebrating the India we love.

India is unique in many ways. We have a diverse culture. That is what I love about India.

India has the aspect of Vedantic philosophy which allows your noble thoughts to come out. We have many religions, but even if you are an atheist they don't burn you at the stake.

The Indian icons I admire are Mahatma Gandhi and Rabindranath Tagore.

Today, I feel our society has degenerated. All of us have become corrupt.

We need to bring about an urgent change in our way of life and also in the political scenario.

Corruption is our major worry. It needs to be addressed in a big way. I think that is our biggest shortcoming.

Our political scenario needs a change. We need to fight corruption. Corruption, according to me, is the biggest problem confronting us.

The youth need to look deep within themselves. They need to be self reliant and understand the spirit of India.

The youth, as Tagore or Kuvempu, would say should become vishwa manavas.

One of my favourite places in India is the place I grew up in. It is a small village called Javagal in Hassan. I will never forget those days when I used to go for a swim in the tank with my father or live in a tent by the fields. Agriculture has always been my passion. While my all time favourite food is the Mysore Masala Dosa.

Captain Gopinath pioneered low-cost air travel in India by launching Air Deccan in 2003. A former captain in the Indian Army, he recently joined the Aam Aadmi Party. He had contested the 2009 general election as an Independent candidate from Bangalore South.

He spoke to Vicky Nanjappa.