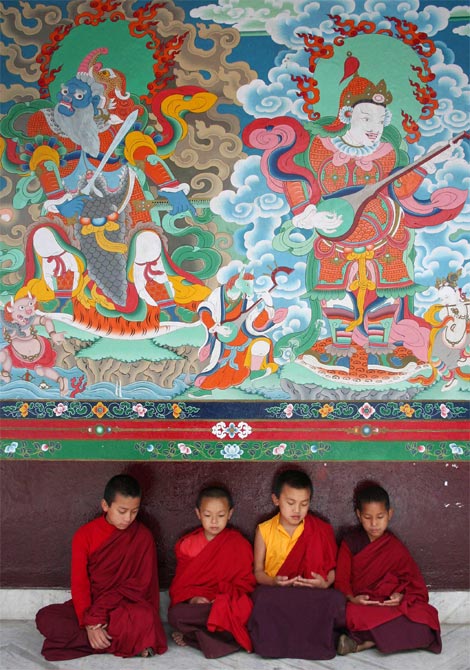 'I hail from Sikkim and have strived to make a mark on the national scene. Generally whatever happens in the North-East remains confined to those parts. People from there are hard working and courteous. Only those who have visited and experienced their hospitality will relate to it,' says football star Baichung Bhutia.

The word diversity comes to my mind when I think about my beloved country.

We travel from the south to the north, the climate differs and so does the flora and fauna. Our country is geographically rich with seas, oceans, mountains...

But somewhere in this diversity there are people with vested interests who try to exploit such conditions.

We have various political parties here who play the card of religion and try to divide people, many votes are cast on the basis of caste and governments are formed.

Instead of working on the development of the country and employment such petty issues rule our country.

I am glad that the youth are positive about change. And I will be happy if they bring that change into their lives.

I will be happy to see them work hard rather than opting for short cuts in life.

This mentality should change because there are no short cuts to success!

The youth of this country needs to understand its true potential and talent and should work hard.

I hail from the small north-eastern state of Sikkim and have strived to make a mark on the national scene.

Generally whatever happens in the North-East remains confined there. There are very few who make heads turn in mainstream India because of the inaccessibility of the region.

People from the North-East are known for their hard work and courteous ways. Only people who have visited and experienced their hospitality will relate to it.

We have to travel around in this country to know its heart and soul.

Baichung Bhutia led the Indian football team between 1995 and 2011, scoring 43 goals in 105 appearances.

He was the first Indian to play professional soccer in Europe for the English club Bury in 1999. The Arjuna Awardee founded the Baichung Bhutia Football Schools in 2010.