Sign in  |  Create a Rediffmail account
Rediff.com  » News » 'Being Indian is being democratic, loving cinema and cricket'

'Being Indian is being democratic, loving cinema and cricket' 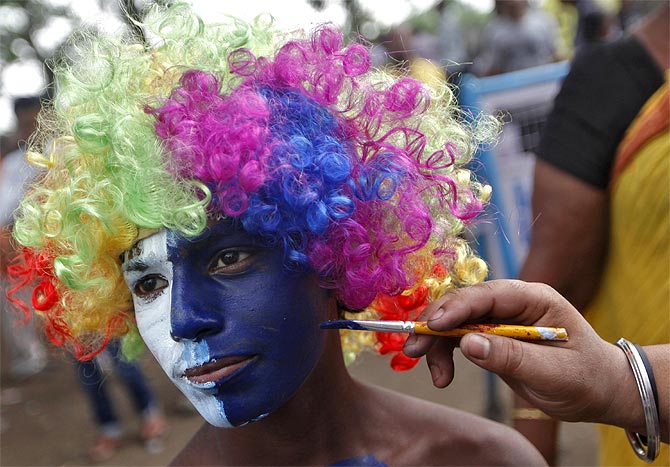 'If diversity is our strength, it is also our shortcoming, because we live in two separate nations -- urban and rural India.'

'There should be some semblance between these two Indias, feels actor Ayushmann Khurana in our special series where well-known Indians tell Rediff.com what they love most about India.

What I love most about India is the diversity and the culture of our nation.

It is very attractive; the diversity is not just in the weather or in the cities, but also in the people which makes it more interesting.

The qualities that set India and its people apart are unity in diversity; it sets us apart completely.

You cannot see any nation that is so diverse in terms of religion, food and many more things.

India is the world's largest democracy; it is a proud thing for all of us that we are part of this great heritage and culture.

The places that I like best are in the Northeast.

The Mudumalai National Park and Wildlife Sanctuary, at the tri-junction of Tamil Nadu, Karnataka and Kerala, is also very peaceful.

I also love Himachal Pradesh because of the nostalgic value. I use to travel there a lot when I was a kid, and even when I was in college on a bike.

We Indians are so used to a certain kind of setting and life that when I travel abroad -- even for 8 to 10 days -- I feel the need to come back to my country.

If diversity is our strength, it is also our shortcoming, because we live in two separate nations -- urban India and rural India.

We should be on the same plane and same platform.

There should be some semblance between these two Indias -- that's why all these rapes and crimes happen.

When Indians from rural India come to urban India, they get a cultural shock and they draw judgments on women.

Culturally and socially, we should be equal.

We should respect each other, respect differences of opinion.

Being Indian to me means to be receptive to change, receptive to different cultures and accepting of the fact that we all are different, but yet together.

Being Indian means being sovereign, being democratic, being one, loving cinema and cricket.

Ayushmann Khurana has worked in Shoojit Sircar's Vicky Donor and Rohan Sippy's Nautanki. He will soon be seen in Sircar's Hamar Bajaj, Yash Raj Films's next film with Sonam Kapoor and in a biopic on scientist Shivkar Talpade.

He spoke to Patcy N.