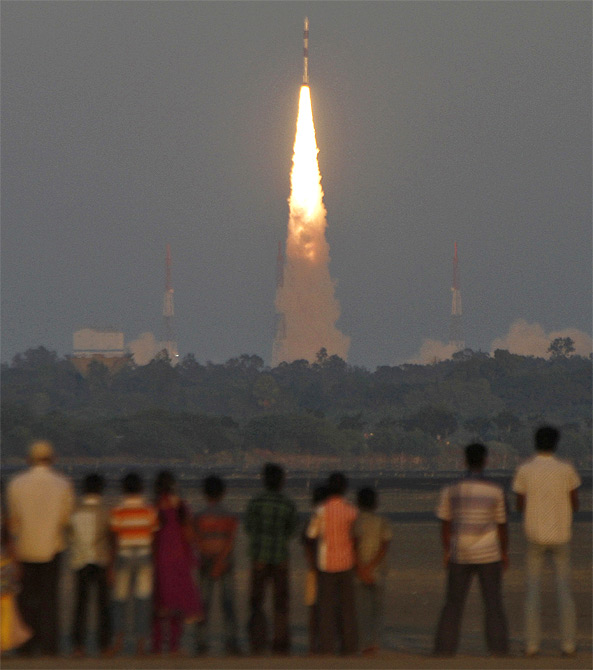 'I would like to change mindsets and break away from the stereotype; it is time for a new vision, new faces, new hope and new politics to take India forward,' says Member of Parliament Anurag Thakur, in our continuing series where Indians talk about the India they love.

What I love most about India is the energy, enthusiasm and the diversity of talent of 84 (840 million) crore young Indians under the age of 35 years.

It is the biggest potential we have to make India a global leader. We must engage and empower our youth to realise their dreams and aspirations.

India is a country where there is a harmonious co-existence between tradition and innovation.

Change is on the horizon and we need to walk that road together.

Our services sector, especially the IT (information technology) sector, Cricket and Bollywood have clearly put India on the global map.

Scams, policy paralysis and indecisive leadership is not helping to re-ignite the India growth story.

Our government has failed us, not only in terms of short-sighted policies but also in terms of a weak leadership.

The economy is in the doldrums, big ticket projects and reform are unlikely to see the light of day.

Our roads are unsafe for women and we are weak on national security.

Inflation, price rise, farmer suicides, lack of affordable educational facilities and unemployment are just a few of the problems that plague India.

Our youth is looking for accountability and transparency from those in government, but all they get in return is silence.

At the national level we need to make education, employment and empowerment of the masses an imperative and invest in our youth for a better tomorrow.

Engagement with the youth, inviting new ideas and giving them a platform to raise their voice is a priority for me.

In my own state I am engaged in honouring our ex-servicemen and have initiated a project to build a war memorial to honour their courage and sacrifice.

I also plan to invest in the youth by building a centre of arts and excellence wherein we will invite artists from theatre, music, film and other performing arts for training.

I would like to change mindsets and break away from the stereotype; it is time for a new vision, new faces, new hope and new politics to take India forward.

I would like to see India become a developed country by 2022, the 75th anniversary of our Independence.

Anurag Thakur is a BJP member of the Lok Sabha from Hamirpur, Himachal Pradesh. His father P K Dhumal is the former chief minister of the state. Anurag is the national president of the Bharatiya Janata Yuva Manch.