Sign in  |  Create a Rediffmail account
Rediff.com  » News » 'Our priority as a nation should be on human development'

'Our priority as a nation should be on human development' 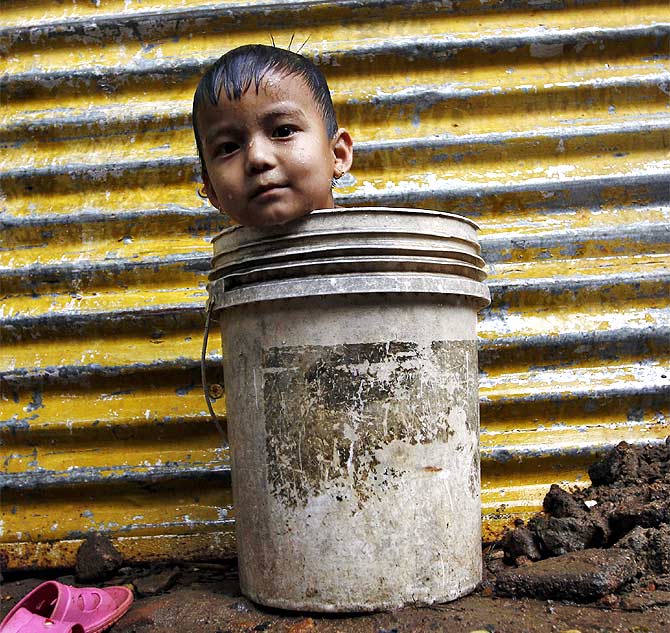 Image: A boy waits for his mother to fetch water from a nearby hand pump to bathe him, outside a makeshift hut in Chennai.
Photographs: Babu/Reuters

'Health, food and sanitation have improved. Poverty has reduced. We could have done better in education and nutrition. Malnutrition levels are very disturbing. It is our biggest problem and it is invisible,' says Anuradha Gupta, who spearheaded the successful campaign towards a polio-free India.

I love India because it is my country. I love every part and every thing about this country.

The variety, the vastness, the number of languages, the colourful culture of every region with its own rituals, food, values, topography, from the desert to the snow-capped Himalayas to the vast Indian Ocean.

Since my childhood we have seen a lot of progress. Poverty has reduced. There is greater access to social infrastructure. Health, food and sanitation have improved. We have done very well in the field of telecommunications.

We can look at the glass as half empty or half full.

But we have failed in human development. I don't like to use the word failure, but we could have done better.

We could have done better in education and nutrition. Malnutrition levels are very disturbing. It is our biggest problem and it is invisible.

Our priority as a nation should be on human development and we should concentrate our efforts on the adolescents -- the 10 to 19 age group.

Demographic width of this group was widest in the year 2010. After that the base of the pyramid started to shrink.

The working population is expanding rapidly. The dependant population is less. This is the case till 2030. From 2015 the child base will decrease.

We have to invest in education, health, skill development and over all governance. My money is on the 243 million children. They are our future and we have to make it better for them.

Just as our parents made sure that we are better off than them, we must do the same for future generations. That is the way forward.

If there is one thing I desire for my country it is honesty, absolute honesty. Lies undermine everything.

What we need is honesty in every thing we do from governance to work to society.

Anuradha Gupta is the Mission Director of the National Health Mission, and an additional secretary at the Union ministry of health.

She is an Indian Administrative Service officer and has received executive education at the Stanford Business School and the Kennedy School of Public Administration at Harvard.

India was declared polio-free this month. No fresh cases of polio have been reported in the last three years.