'Today's youth is aggressive because it's concerned about India' 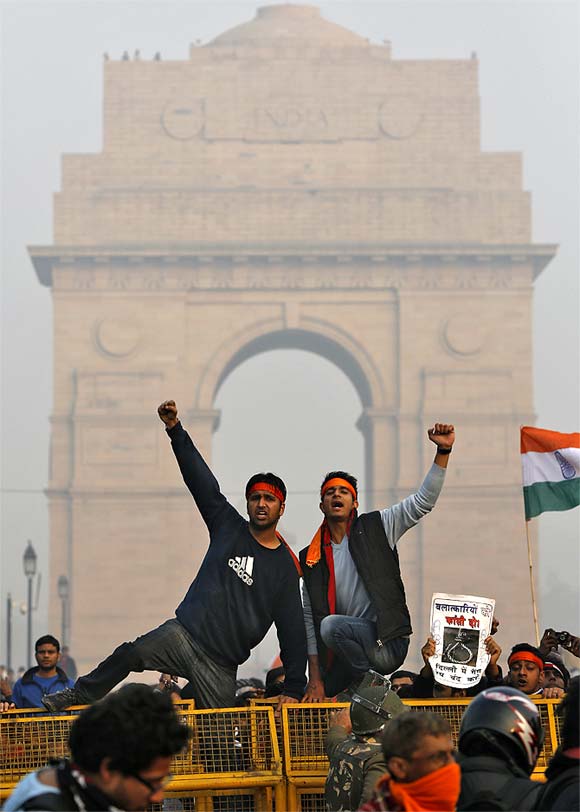 Today, people fight for the rights of someone they don't know. They participate in protests to react to something they feel is not right.

These things didn't happen 20 years ago, says actor Ajay Devgn, in our special series where well-known Indians tell Rediff.com what they love most about India.

The youth of India is working towards the betterment of the country.

Today's youth is aggressive because they are concerned about the country.

Today, people fight for the rights of someone they don't know.

We have so many incidents where people participate in candle marches or peaceful protests or signature campaigns to react to something they feel is not right.

These things didn't happen 20 years ago.

The change in the mindset of the people -- especially the youth -- is because of the media.

With so many news channels available on various platforms, news spreads faster and people are aware about what is happening around them.

Today we are not totally dependent on the government. We live in a democratic country and have the rights to voice our opinions.

My film Satyagraha has a message that shows the uprising of the middle class against a corrupt and unjust system. I hope people who watch the film and have similar concerns may get some guidelines.

Ajay Devgn is one of Indian cinema's leading actors. He has twice won the National Award. His latest film Satyagraha opens this week.

He spoke to Rediff.com's Sonil Dedhia.