India 4th most terror-affected country in the world India, Pakistan and Afghanistan were among the nations most impacted by terrorism in 2011, according to a new global study, which said the terror strikes worldwide had increased fourfold since the start of the Iraq war in 2003.

The inaugural Global Terrorism Index said Pakistan, India and Afghanistan accounted for 12 per cent, 11 per cent and 10 per cent of global terrorist incidents respectively from 2002 to 2009.

In 2011, Middle East, India, Pakistan and Russia were the areas most impacted by terrorism.

The index scores 158 countries over the last 10 years and takes into account factors like number of terrorist incidents, fatalities, injuries and property damage. 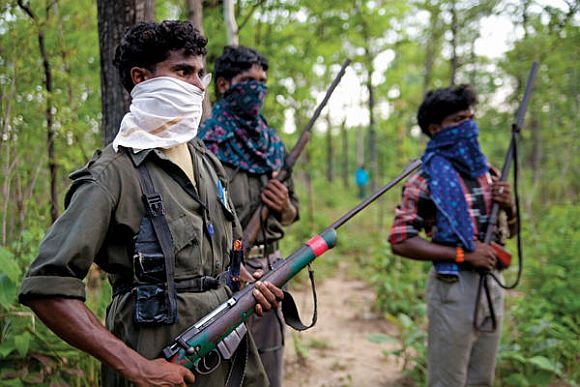 According to the report, India's experience with terrorism, like other countries in the region, can be roughly divided into foreign and 'homegrown' terrorism.

The report says, 'Foreign terrorism broadly covers the dispute over Kashmir with Pakistan. The Communist Party of India Maoists (CPI-M) by itself is responsible for nearly 45% of all attacks in India. If we include all groups affiliated with the Maoist insurgency, the vast majority of terrorism which occurs in India is by nationalists/separatists who are politically motivated.'

'India ranks 89th out of the 108 countries in the Positive Peace index. It performs poorly on all the indicators of positive peace where it falls below the world average although the Wellfunctioning Government indicator is close to the world average.' 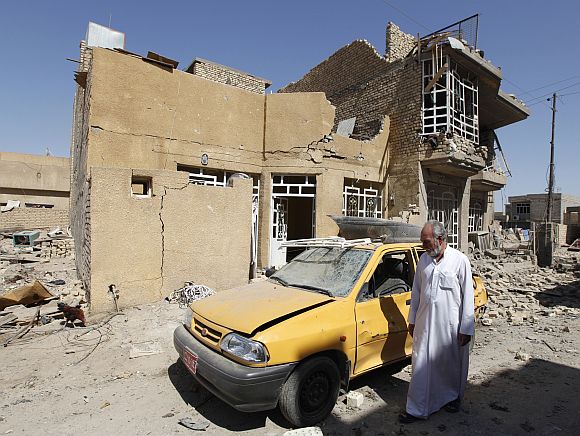 According to the GTI report, Iraq has suffered the most devastation from terrorism out of any nation over the last decade.

The report says, 'The type of attacks used by terrorists is almost exclusively firearms and bombs/explosives which is a reflection of the wider conflict and context in which terrorist incidents occur. Although the majority of the terrorist incidents were not claimed by any group, out of the attacks in which the perpetrator was known, most were carried out by Islamic extremists. Targets of the terrorist attacks were private citizens and property, police and government institutions.'

'Although Iraq made significant improvements with reductions in the number of people displaced, and the likelihood of violent demonstrations, political instability and the ongoing conflict makes Iraq one of the most violent places on Earth. Iraq also suffers from high levels of corruption and poorly functioning governments despite having high levels of political participation by its citizens.' 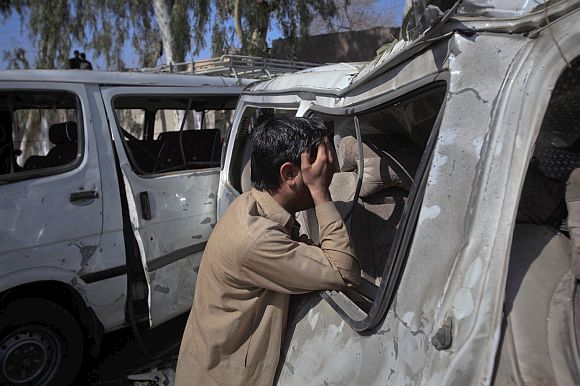 The number of fatalities in Pakistan have been trending upwards for the last decade going from 96 deaths recorded in 2002, to 1468 in 2011, the GTI report notes.

The report says, 'Almost two thirds of the terrorist attacks were in the form of bombings/explosions followed by firearms. Most attacks took place in Karachi, Peshawar and Quetta with further significant activity in Bajaur, Dera Bugti (District), Khyber (District) and Mohmand. This indicates significant and widespread terrorist activities within Pakistan.'

'Pakistan is dealing with many Islamic groups other than the Taliban such as Tehrik-e-Taliban Pakistan (TTP) or internal tensions between ethnic/tribal groups and the government in Islamabad.' 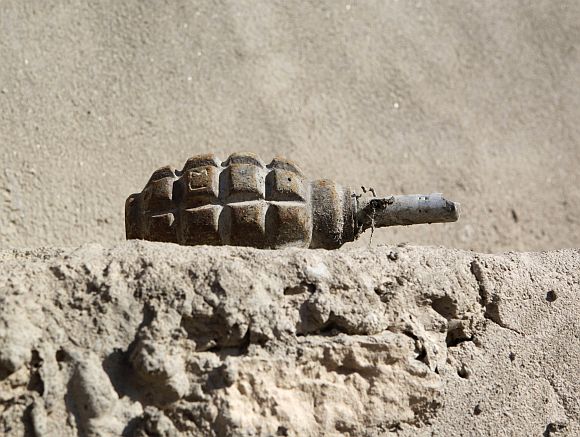 The history of Afghanistan's experience with terrorism is intimately linked with its history of conflict with foreign forces, notably Russia and more recently the US-led 'War on Terrorism'.

The GTI report says, 'Terrorists in Afghanistan attack a wider range targets with private citizens being targeted heavily. There are also an unusually high number of attacks against businesses, educational institutions, police and the government.'

'The military is being attacked in less than 3% of instances. This indicates that the Taliban is also engaged in war against civil society, and is the main perpetrator of terrorist attacks, against schools, primarily aimed at girls, as well as attacks on election/polling stations, and road construction teams. Although terrorist incidents occurred all over the country, Kabul and Kandahar experienced the most.' 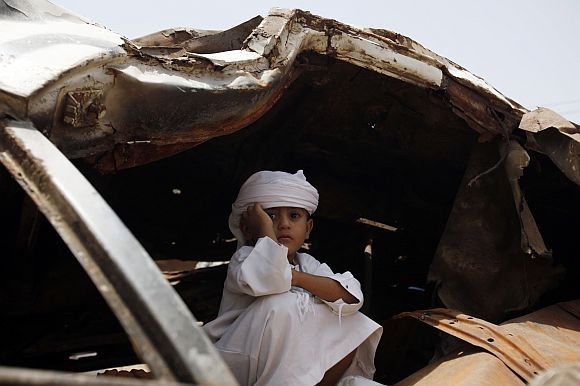 The study found that Yemen was one of the few countries where private citizens and civilians were not the primary targets of terrorist attacks.

During the last decade, almost a third of all attacks were aimed at the military, it said.

The report further said, 'The police and the government were also major targets. Due to the targeting of tourists, which involves kidnappings, many countries advise against travelling to Yemen. Al Qaeda in the Arab Peninsula, along with its affiliated and associated groups, carries out most of the known attacks.'

'Conversely, Islamic terrorist groups make up the overwhelming majority of terrorist groups known to have carried out attacks in Yemen. AQAP was behind the infamous attack on USS Cole. In keeping with the global trends, most terrorist attacks were either bombings/explosions or armed attacks. Most terrorist activities took place in the west of the country, in the cities of Sanaa and Aden.' 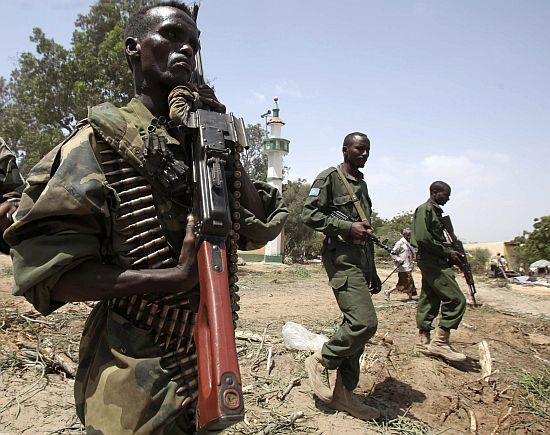 According to the report 2011 was deadliest year for Somalia with 171 deaths.

The report says, '80 per cent of the known attacks were by al-Shabaab whose raison d'etre is to fight the "enemies of Islam", which include the Somali, Ethiopian and U.S. Other than private citizens, the government was the main target of terrorist attacks.'

'Although bombings/explosions were mostly used in the attacks, hostage taking or kidnapping has become the most popular method comprising almost half of all attacks in 2011. Terrorism in Somalia appears to predominantly revolve around the activities of al-Shabaab which was originally a nationalist organisation. Their control of Somalia currently extends from the south to central Somalia.' The number of fatalities in Nigeria has steadily increased over the last decade, and has seen a dramatic increase in 2011 with 165 lives lost as opposed to 57 in 2010.

The report says, 'Until recently, most of the terrorist activity was associated with the dispute in the Niger Delta over oil extraction and claims of exploitation. The most active group in that period was the Movement for the Emancipation of the Niger Delta. In recent years, Boko Haram, an Islamic terrorist group has operated in the north/north east of the country where it has carried out a wave of attacks against local Christians, churches and schools.'

'Boko Haram's main enemy is the government, as they hope to implement Sharia law, as opposed to 'man-made laws'. This can be observed in its choice of targets which include religious institutions, government buildings, the police and businesses in an attempt to precipitate a war. In keeping with global trends, terrorism in Nigeria almost entirely consisted of armed assault and bombings/explosions.' 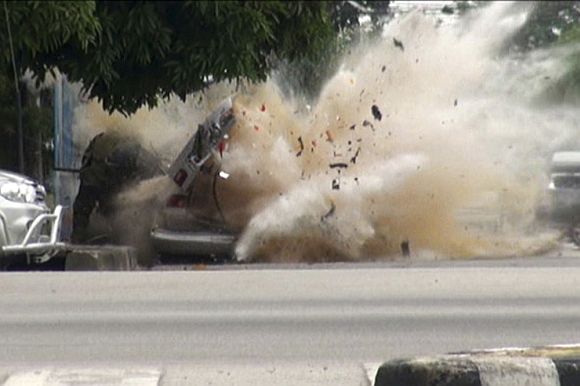 The number of fatalities in Thailand has fluctuated in the last decade, although generally trending upwards. 2009 was the worst year with 283 deaths.

The report says, 'More than 85% of terrorist attacks were not claimed nor attributed to any group. It is due to the anonymity of the insurgents that has made it difficult for the Thai government to engage in negotiations. However, out of the terrorists attacks which were claimed or attributed to a group, almost all entirely are related to the insurgency in the south of the country between Muslim separatists and the Thai government.'

'The main targets excluding private citizens were businesses, police and educational institutions including schools which terrorists regarded as representing the Thai government.' 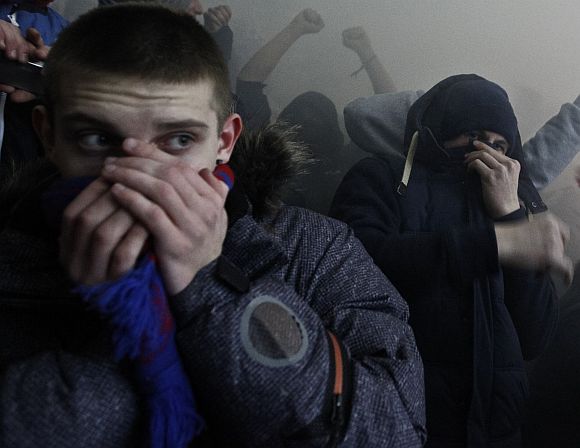 Russia is another country where private citizens are not the main targets of terrorist activities, says the GTI report.

The report says, '45% of all attacks are either against the police or the government. The number of fatalities has trended upwards since 2002, hitting its maximum in 2010. In keeping with global trends, armed assault and bombings/explosions composed over 75% of the attacks. 10% of terrorist attacks were assassinations which is an unusually high number by global standards, suggesting that the assassinations were of a political nature.'

'Whilst most terrorist attacks weren't claimed by any group, out of those which were known, the most numerous were carried out by Chechen Rebels and the Caucasus Emirate. The dispute over Chechnya continues to be the main source of terrorist violence in Russia.' 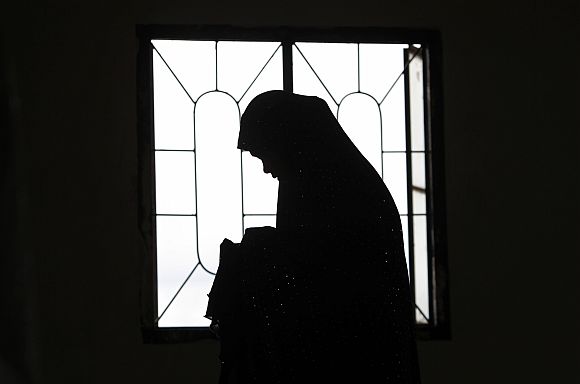 The GTI report says, 'Terrorism in the Philippines is intrinsically tied with nationalist/separatist claims by people living in provinces in southern Philippines. Terrorist acts are primarily carried out by the New People's Army, Moro Islamic Liberation Front and the Abu Sayyaf Group.'

'Excluding private citizens and property, businesses and the government were most likely targets for terrorists in Philippines.'