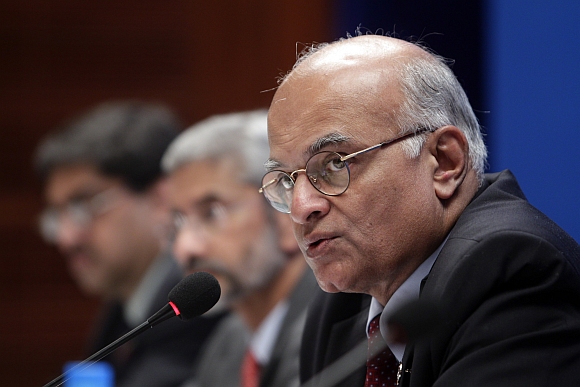 Today India-China relations attract attention beyond our two countries. International developments and achievements in domestic construction by our peoples in the last few decades have given our relationship wider significance.

Relations between India and China and their new equilibrium hold an important key to the emerging economic and strategic landscape of Asia and, to a certain extent, the world.

The basic facts are evident and well known. India and China are the two most populous nations on earth, are the two largest developing countries, and are among the societies and economies in the world that are transforming themselves most rapidly.

They are the largest and the third biggest economies in Asia. China has the distinction of being the second largest economy in the world. The two countries are building a strong domestic economic base and rapidly training scientific and technical manpower.

When much of the world is reeling under recession or grappling with political turmoil, our two countries have managed to register reasonably healthy rates of growth and maintain stability. We share a common geopolitical space and similar socio-economic aspirations for ourselves.

The future is less certain or evident. Uncertainty in the international system is at unprecedented levels. The economic and security situation facing both India and China has become far more complicated in the last few years.

On the positive side, thanks to sustained growth rates, high savings rates and a prudent financial approach, Asia and the developing world have witnessed a greater accretion of relative economic power following the financial crisis of 2008. 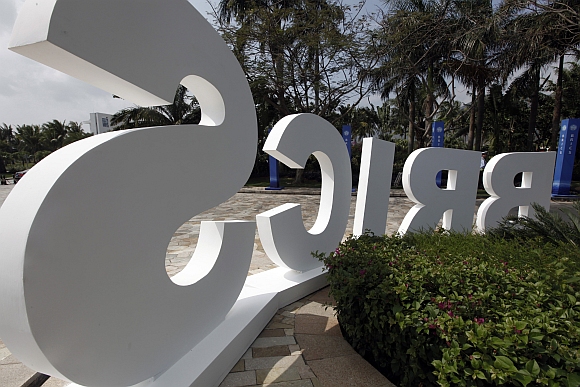 In Asia, larger economies like China, Japan, India, South Korea and Indonesia, all members of the G-20, have increased their ability to influence economic outcomes.

At the same time, risks remain for economies which are still developing. An early return to robust growth and spending in the developed world are necessary for world economic recovery.

The United States, Europe and Japan still account for approximately $20 trillion of consumption expenditure as against about $2.5 trillion by China and India together. A re-balancing of economic structures in our countries in the face of such differences could be difficult.

More generally speaking, the relatively benign external environment in the last two decades is changing negatively and is threatened by protectionism in the developed world.

World politics also faces new challenges. The balance of power is in flux in Asia and the world. As uncertainty rises, powers follow hedging strategies.

The mechanisms of strategic communication and consultation and a common security outlook are evolving slower than the changes in objective reality.

Besides, both India and China are increasingly linked to the rest of the world, through trade, investment and their diasporas.

The impact of changes in West Asia on our energy security, for instance, is an example of how developments further away from our shores also affect India and China more and more profoundly.

It is therefore natural for us to take ever greater interest on global issues.

Equally, global issues like climate change, nuclear proliferation and cyber and space security matter more to both India and China in this globalised world as they influence our development, peace and prosperity.

'Enough space for India and China for their aspirations' 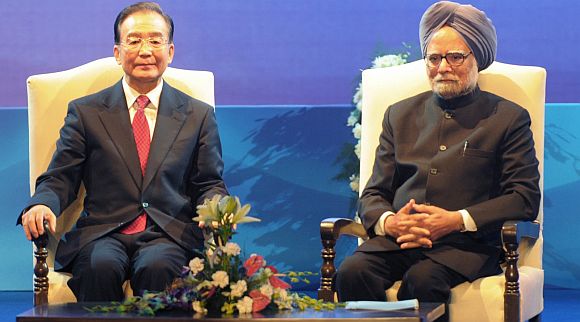 Both India and China currently give the highest priority to their domestic transformation, which will take time.

A peaceful periphery, a stable and benign world environment and continued prosperity among our economic partners are of utmost importance to both of us.

This will remain so for quite some time. It is in our mutual interest to work together, bilaterally and with other partners, to reduce uncertainty and create an international environment that is supportive to our domestic transformation efforts.

Economics and development are not zero-sum games.

It is for this reason that we believe that there is enough space for both India and China to realise their development aspirations.

Economically, we are already integrated with each other to an unprecedented extent. Our bilateral trade reached over $67 billion in the first 11 months of last year, and China has consistently remained our largest trading partner in goods for several years.

However, investment flows between us have not kept pace with trade. Indian investment in China worth a total of $433 million is spread over 676 projects, while Chinese investment in India is worth nearly $300 million.

There are several opportunities for cooperation in developing infrastructure. India is already one of China's most important markets for project exports, with a cumulative value of contracted projects at $53.5 billion and turnover realised at $ 24.6 billion.

What is less noticed is the range of contact between our two societies. For instance, over 7,000 Indian students are studying in China today. This scale of interaction never occurred before in history.

Naturally, the corollaries of such an intensification of economic and social engagement are issues of trade imbalance, diversifying the trade basket and commercial disputes. The two governments have taken several initiatives to make our trade more balanced and harmonious, and to facilitate and streamline our business engagement.

More remains to be done and we will learn by doing. For instance in September last year we held the first Strategic Economic Dialogue between India and China which identified several areas of promise for the future.

'Some argue that India-China are bound to be adversaries' 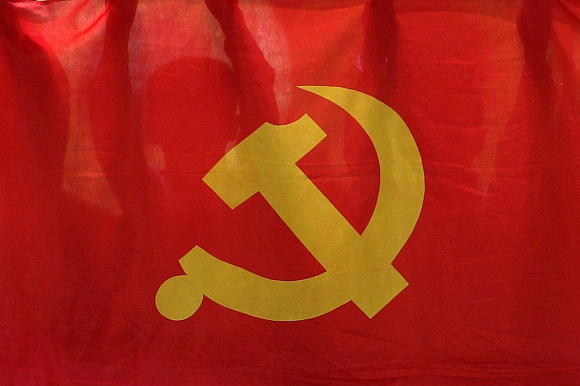 Equally, the business communities and their chambers need to take advantage of growing opportunities while sharpening competitive edge.

I am convinced that our business and economic engagement with each other and with other countries will intensify as we seek to overcome the prospect of sluggish recovery in the traditional engines of growth in the world economy.

Our governments have common or similar positions on the global development agenda, in the World Trade Organisation and on climate change, which has made it possible for us to work together internationally.

A few vocal experts in our two countries and elsewhere argue that notwithstanding the numerous cooperative elements in our economic relations and approach to international issues, India and China are bound to be strategic adversaries.

I find such determinism misplaced. It ignores the successful experience and demonstrated expertise of both governments in managing differences and building on commonalities for over three decades and particularly since the Rajiv Gandhi visit to China in 1988.

It also ignores the wisdom of the leaders of the two countries, who have consistently worked to ensure that problems are managed in a mature manner.

The issue is whether we can continue to manage the elements of competition within an agreed strategic framework which permits both of us to pursue our core interests.

I see no reason why that should not be so. Indeed, I would go further and say that the rapid changes in the international situation today also create an opportunity for India and China to work with others to shape benign international outcomes.

The boundary question remains unresolved, and there is no denying that it is a difficult issue. However, a number of mechanisms have been put in place to ensure that the border stays peaceful while we seek a settlement of the boundary question.

On the settlement itself, we are in the second stage of the three stage process of agreeing principles, a framework and finally a boundary line.

'It requires a joint effort to tackle terrorism' 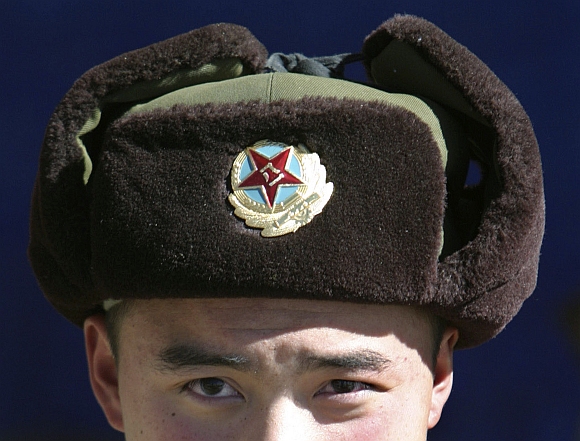 Similarly, on other bilateral issues of potential difference there exist mechanisms of dialogue and communication to address them.

We appreciate China's assistance to us in tackling floods and natural disasters in the downstream areas of our shared rivers.

There is a need to widen the scope and deepen the level of our communication in some areas. These include new challenges and new issues in the changing context of our relations. I am confident that we will do so.

Indeed, some security challenges, especially of the non-traditional variety, are common to India and China, and offer an opportunity to work together.

Both India and China face the challenge of terrorism in our shared neighbourhood.

It requires common effort by all members of the international community to tackle terrorism.

Energy is the key to domestic transformation in both India and China, which is why both of us have a common stake in energy security, and in the freedom and security of transportation on the global commons.

We both have an interest in global public goods like a peaceful order, freedom of the seas and open sea lanes. We similarly need to address issues of piracy with common resolve.

As important maritime nations, we can contribute to each other's maritime security by coordinating approaches.

Asia's security is interlinked across this great continent. India has therefore argued for an open, inclusive Asian security architecture. India and China will have key roles to play in forging a new compact for common and collective security for Asia.

We should also contribute within our capacity to the global public goods that are increasingly important to our well being.

The robustness of our bilateral relation will depend on dialogue and communication so that the potential for misunderstanding and miscalculation is limited. This dialogue process must not be limited to the two governments.

Today, there are multiple stakeholders in our relations as also multiple determinants of these relations. Each of them, be it businessmen, media or scholars of the two countries, has a responsibility to take our relations to the desired level of equilibrium. 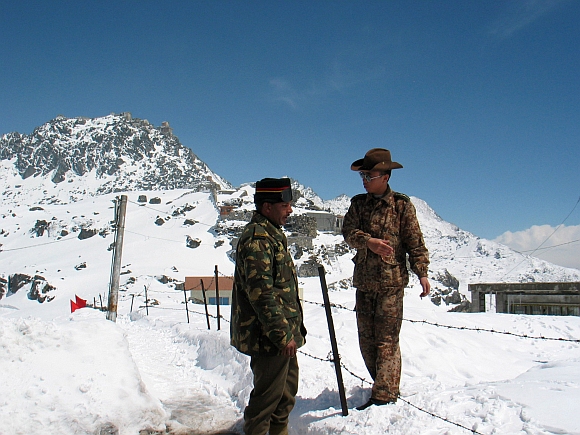 It is therefore absolutely essential that they acquire an informed understanding of their neighbour.

Today, as both India and China change fast, our understanding of each other needs to keep pace.

Both the quality and the scale of our interactions have also grown so rapidly that we need to learn new ways of dealing with the relationship.

India and China have demonstrated an ability to deal with difficult issues and to build a cooperative partnership based on common interests.

Its regional and global impact, and its long term significance to our own development, is what makes the India-China relationship strategic in the true sense of the term.

I do hope that I have been successful in giving you some idea of why I am confident that by working together India and China will be able to successfully face the challenges that the new geopolitics are throwing up, and would best serve their own national interests by further deepening their strategic cooperative relationship.