India can't hope to replace Pakistan in US Afghan strategy 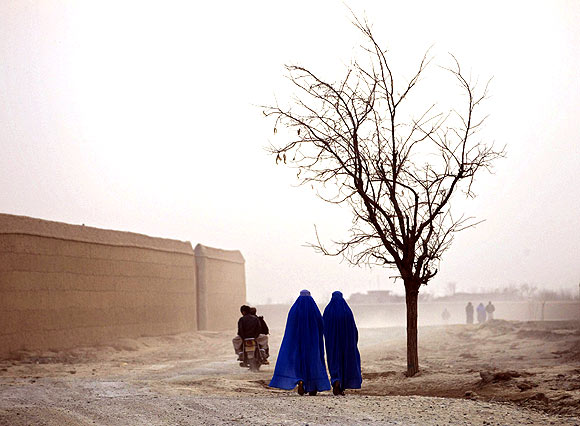 Pakistan will not cooperate with the US in Afghanistan unless and until the latter accepts its central role in the search for a settlement and accommodates its 'legitimate interests'. This is the crux of the matter, says M K Bhadrakumar.

Marc Grossman, United States Special Representative for Afghanistan and Pakistan, is in New Delhi today en route to Kabul on a regional tour. The Delhi chapter is an afterthought since there was an extra day to spare when Islamabad politely conveyed to Washington that Grossman could come some other time when Pak-US ties are more stable.

As a seasoned diplomat, Grossman will enjoy the Delhi stopover. January is an intriguing month caught between two seasons. What business he can transact in Delhi remains uncertain.

The excerpts from the new book by the former UN envoy to Kabul Karl Eide, Power Struggle over Afghanistan, are just about beginning to appear. Eide was an insightful diplomat who made it a point to understand his country of posting and his book should be a treasure trove of information and perceptions regarding Afghanistan.

But one line from the excerpts says it all for the present occasion: 'The UN had never really been really involved or consulted by Washington on critical strategy-related questions, nor had even the closest NATO members.'

Now, that is a pretty strong thing to say about a war that has reached a stalemate. And Eide had access to the inside track during his tenure in Kabul (2008-2010), being a European who struck a rare personal friendship with Afghan President Hamid Karzai.

If the US wouldn't share even with its closest (Anglo-Saxon) allies its inner thoughts regarding the Afghan war, what could be Grossman's mission to Delhi about? Of course, whatever Grossman is willing to share would still be worth hearing.

Needed: some plain-speaking on Afghanistan 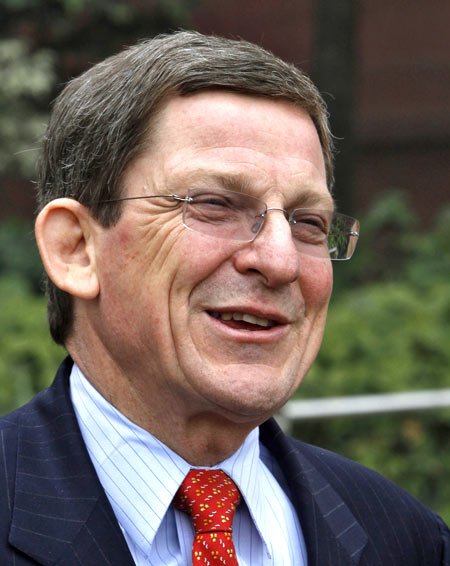 On the contrary, if Washington's intention is to cock a snook at Islamabad on account of its snub to Grossman, Delhi would be well-advised to stay clear.

The point is, it is way past the time for rhetoric and grandstanding over Afghanistan.

Things are getting to be very serious as the clock is racing for the drawdown of the US troops and the Karzai government is nowhere near Najibullah's communist regime was at a corresponding period in time during the Afghan jihad in its sheer capacity building for assuming the responsibility for security.

Besides, the US is at a dead end without Pakistan cooperating and at some point in the current theatrics, Washington has to come down from its high pedestal. Put plainly, even assuming that peace talks begin in right earnest in Qatar, the Taliban leadership would still be headquartered in Quetta and even the minutest agonising detail of the talks would come to the Pakistani military leadership for reference and advice or instruction at every single stage.

In sum, India cannot hope to replace Pakistan in the US's Afghan strategy. And Pakistan will not cooperate with the US unless and until the latter accepts its central role in the search for a settlement and accommodates its 'legitimate interests'. This is the crux of the matter.

Pakistan is also not the only problem child Uncle Sam needs to handle. President Hamid Karzai seems determined not to become road kill and is insisting that the talks should be genuinely 'Afghan-led', which it is not today. By and large, Eide's reading holds good even today. The US keeps Karzai in the loop on a 'need-to-know' basis.

Then there are the stalwarts of the erstwhile Northern Alliance groups who also want a piece of action -- especially, those among them who were left out of the Kabul power structure or who harbour grouses against Karzai or who are simply afraid of the dark future.

Three key NA stalwarts -- Ahmed Wali Massoud, Rashid Dostum and Mohammed Mohaqiq -- recently suggested that an Afghan settlement devolving upon a parliamentary system of government (doing away with the highly centralised presidential system) provided with the underpinning of electoral laws that allow proportional representation, would give a sense of participation to the various ethnic and regional interests in mainstream politics and national life.

Abdullah criticised the Americans and Karzai alike for blundering ahead 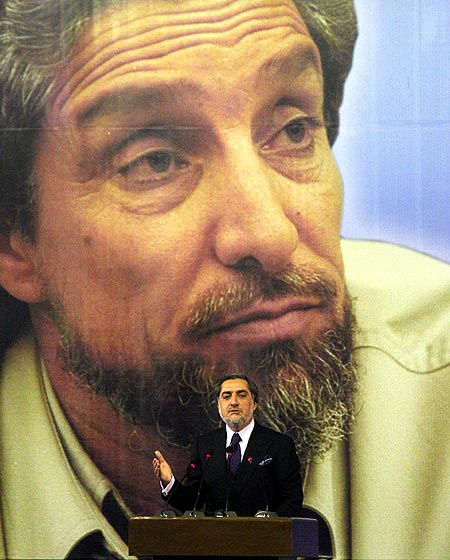 Clearly, the US needs to realise that there is more to peace in Afghanistan than the Taliban's acquiescence with the establishment of permanent NATO bases.

The prominent Afghan opposition leader Abdullah Abdullah warned only yesterday that secretive talks won't lead to durable peace in Afghanistan. He sought transparency and suggested that the talks should be held inside Afghanistan.

Abdullah criticised the Americans and Karzai alike for blundering ahead without having any clear plan. He demanded that the Taliban must announce that they are ready to hold peace talks with the established government and the participants that talks 'must be clearly defined and it must be clear who and what sides they are representing.'

For an implacable critic of Karzai like Abdullah to express apprehensions that the Afghan government would be marginalised in the peace talks speaks volumes about the deeply flawed US strategy. 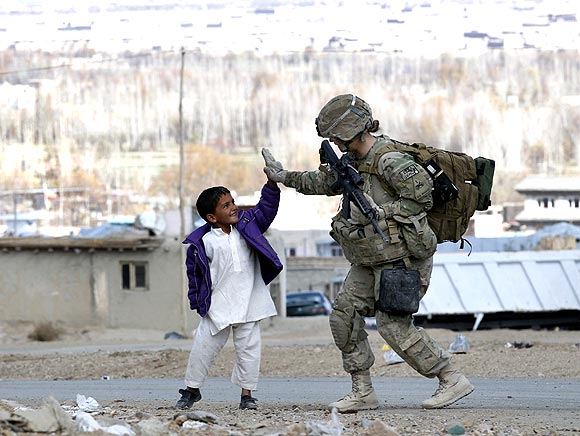 A useful opportunity has fortuitously become available for South Block, albeit by default, to insert a thought or two into Grossman's mind. The opportunity will be missed if the Indian establishment chooses to harp on the theme of the serious security situation on the ground and the improbability of the Taliban ever agreeing to a broad-based government in Afghanistan. Washington knows all that -- and much more.

According to reports, the US's latest National Intelligence Estimate presented to President Barack Obama last month has starkly warned that whatever gains of the famous 'surge' may be unsustainable and the Quetta Shura of the Taliban 'remains locked into its political objectives'.

The danger in counselling the American friends to recalibrate their military mission and to keep going is that Washington won't have the stomach to carry on with the war and all the talk about relying more on intelligence, air power, special forces operations and non-military methods does not add up to a viable counterinsurgency strategy in the prevailing environment in Afghanistan.

Besides, even the NA groups today are open to the idea of reconciling the Taliban politically and the remaining issue is how to go about it.

Delhi needs to impress upon Grossman that it has to be a genuinely 'Afghan-led' peace process and the US should be willing to proclaim at an early stage its unequivocal intention to vacate the military occupation of Afghanistan.

Third, it is necessary for the US to bring together Karzai and his NA opponents rather than taking advantage of their mutual antipathies. The fact is, the Taliban do not represent the Afghan opinion and at best they can claim to represent a substantial section of opinion. Karzai plus the NA groups represent probably the majority opinion in Afghanistan today. Who represents this voice at the peace talks?

Afghan peace talks would be best held on Afghan soil 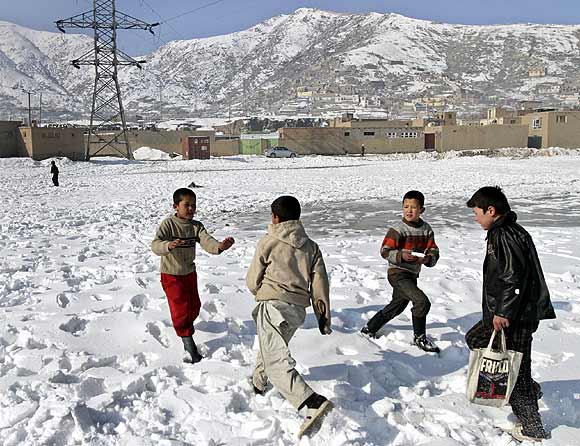 The blueprint given by the NA leaders recently for constitutional reform and for the accommodation of various ethnic groups in the political system is worth looking into.

It challenges the Taliban to capture power through the ballot box. An exercise of this nature undoing the constitutional anomalies of the present Afghan system can be completed well ahead of the 2014 deadline for the US troop withdrawal.

This would be the only way to transform the current war -- foreign occupation and resistance plus the injection of geopolitics -- into its true nature, a fratricidal strife that is best left to the Afghans to sort out via their traditional methods of conflict resolution.

Finally, Qatar has never been a protagonist in the Hindu Kush. Its only real virtue today is that it possesses a certain skill to corrupt the Islamist groups and make them amenable to the US geostrategy. It is de facto Washington's 'Islamic poodle'.

Qatar's dubious role in the regime change in Libya and its cynical role in destabilising the Syrian situation is a well-documented fact. Its insertion at this stage puts question marks on the US's ultimate intentions in Afghanistan.

Abdullah is right that any Afghan peace talks would be best held on Afghan soil. Delhi should do some plain-speaking with Grossman.