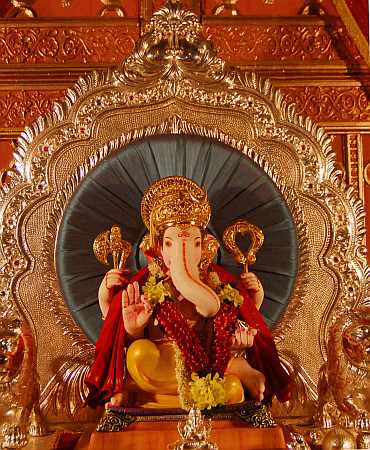 Rediff.com brings you the five most visited Ganesh mandals in Pune.

The Kasba Ganpati is the residing deity of Pune.  There was rivalry among the various mandals regarding the privilege of immersing the idol on the last day of the Ganpati festival.

Bal Gangadhar Tilak, the man who took the initiative of making Ganeshotsav a public festival, resolved the rivalry and declared the privilege of immersion to Shri Kasba Ganpati, as it is the local deity of Pune.

Till 1925, Shri Kasba Ganpati Mandal celebrated the festival within the premises of the temple and from 1926 it is celebrated in an enclosed mandap. 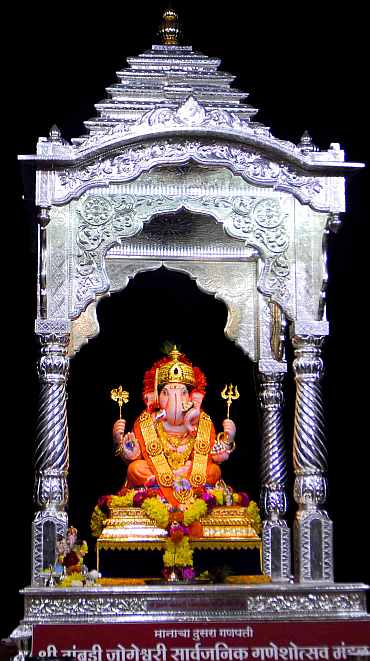 Tambdi Jogeshwari in the Appa Balwant Chauk in Pune is the second privileged Ganapati. The small silver idol is kept in the palanquin where you can keep your offerings to the deity.

Tambdi Jogeshwari is the temple of Goddess Durga who is regarded as the patron deity of Pune. 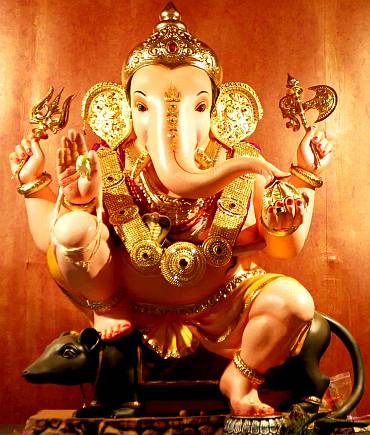 The Guruji Talim is the third among the privileged Ganpatis in Pune. This mandal was established in 1887, even before Tilak started the festival.

It was established as a symbol of Hindu Muslim unity. 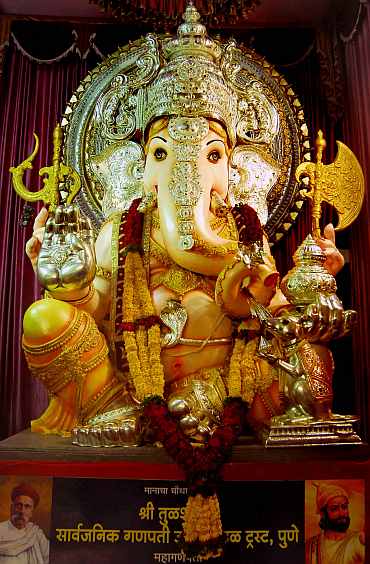 The Tulshi Baug Ganpati is the fouth among the privileged Ganapatis, and was installed in 1901.

The mandal has been the forefront of charity donations, and the organizers have decided that they will distribute food grains to adivasi families from Mulshi Taluka. 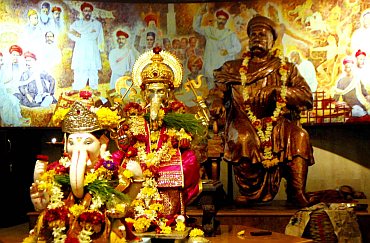 It was in the courtyard of the Kesari Wada itself that Tilak strategically started the annual Ganesh festival as a means to unite people and prepare them for the freedom struggle.