In PHOTOS: What Dr Singh is up to in Iran 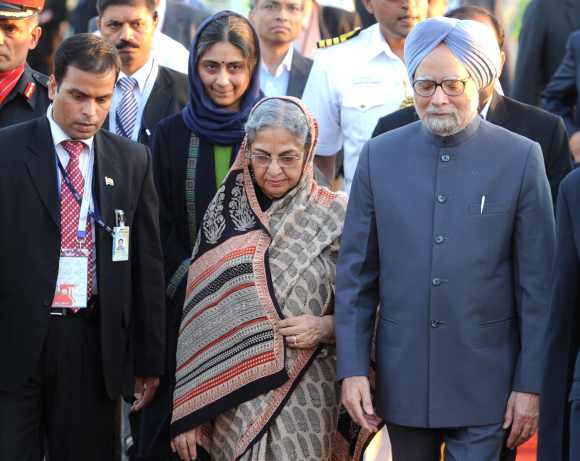 Highly tilted trade relations in favour of Iran, supply of oil and gas and other key strategic bilateral and international issues, including Syria, are expected to dominate the meetings of Prime Minister Manmohan Singh with Iran's supreme leader Ayatollah Ali Khamenei and President Mahmoud Ahmadinejad in Tehran.

Though there are no "irritants" in particular between India and Iran, Dr Singh will be raising the issue of trade imbalance in favour of Tehran and seeking more access for Indian goods, including wheat and tea.

The back-to-back meetings with Iranian leaders assume significance in view of the United States pushing India and other countries to curtail their engagement with Iran to press Tehran on its controversial nuclear programme. 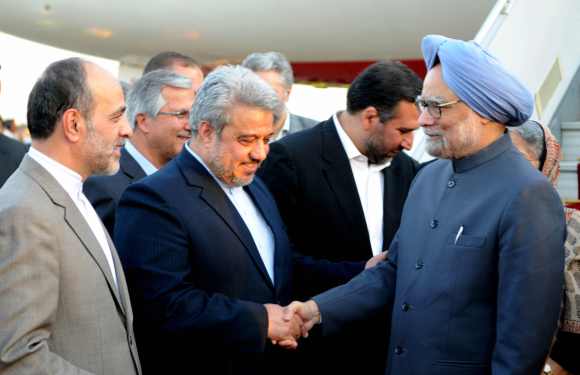 Oil supply, one of the major components of bilateral ties, will also be discussed in the backdrop of the sanctions imposed by the US. India has already made it clear that it will continue to be one of the biggest oil buyers from the sanctions-hit country, notwithstanding US' reservation on the issue.

"We are still the biggest buyers of oil. We will continue doing so. Companies pick and choose," government sources said while noting that the companies had trouble with insurance, which was being resolved.

The $6 billion gas reserves project in Farzad-B block is also expected to figure in the talks with the negotiations between OVL and the Iranian Offshore Oil Company on for sometime now, with the US sanctions threatening to impact adversely on OVL commercial interests.

OVL is vulnerable to US sanctions mostly on two counts -- it has licences from many US companies and the imposition of banking sanctions can come in the way of raising money.

The meeting will also give an opportunity to India and Iran, an important factor in West Asian affairs, to clarify and understand each other's views on various bilateral, regional and global issues, including worsening Syria crisis. Dr Singh's meeting with the Iran's Supreme leader also assume significance, given the fact that Ahmadinejad is on his way out next year.

Ahead of the meeting between India and Iran, New Delhi has made it very clear that discussion on peace and security will be of the paramount concern which will be raised with Tehran.

"Peace and security is, indeed, our primary concern given just how important the entire West Asia region, Gulf region, in particular, is for India's security and for Indian economy, both in terms of oil imports and our exports. So, this is our own concern and we don't have to take anybody else's concern as priority," Foreign Secretary Ranjan Mathai had said in New Delhi. 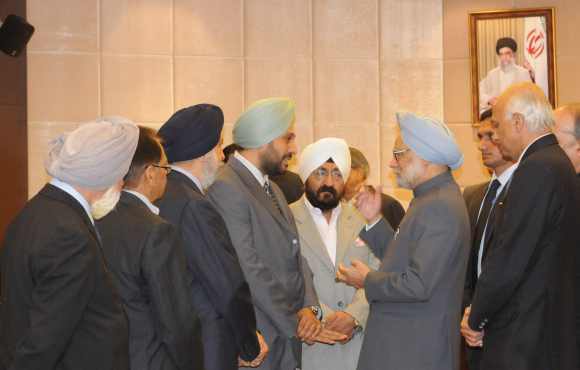 Representatives of the Indian community in Iran raised issues of property rights, work permits and recognition of marriages during their interaction with Dr Singh.

The Indian community representatives said that though Indians were the oldest expatriate community in Iran, unfortunately due to various reasons, the strength of the community has come down tremendously as the "new generation faces problems, face difficulties to work and many families have left for good".

"One is always at grave risk of his/her investment, peace of mind and long term security if they are unable to register the property in their own name," a petition given to the PM said.

The issue of resident permit status was also raised under which Indian nationals are issued permits only for one year and accordingly need to renew them every year.

Issuance or waiver of work permits, inheritance and estate duty, issuance of commercial card and registration of companies were also the issues raised in the petition.

On the issue of recognition of marriages, the petition said that Indian-origin Iranians are facing very serious problems as despite all certification and legalisation, their marriage certificates are not recognised.

On his part Dr Singh assured to look into the matter. He also announced Rs 2 crore grant to the only Kendriya Vidyalaya here and a grant of Rs 20 lakh to an Indian school in Zahidan.