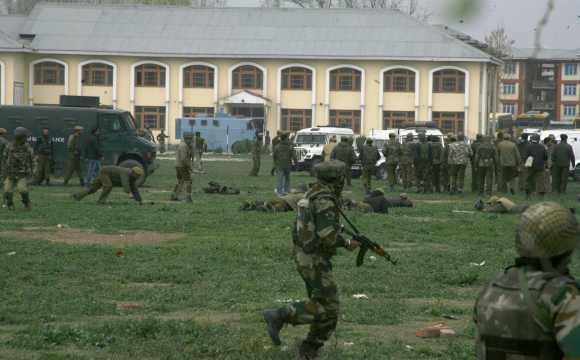 Five Central Reserve Police Force troopers and two suicide attackers were among the seven people killed in a fidayeen attack in the Bemina locality of Srinagar on Wednesday morning.

Among the nine injured, seven were CRPF troopers and two were civilians. All the injured have been rushed to the hospital for treatment.

A senior police officer said two militants attacked a CRPF patrol at Bemina, near a public school, on Wednesday morning. They lobbed grenades and fired from automatic weapons. 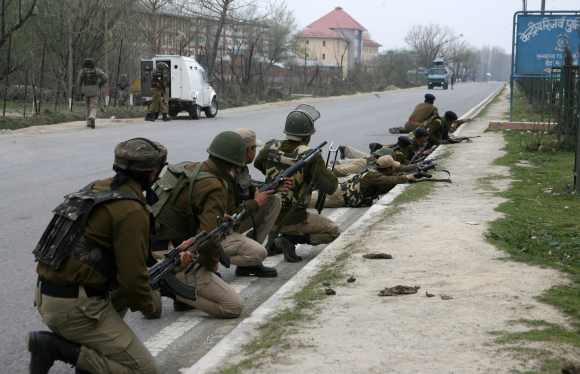 Senior policemen and paramilitary CRPF officers rushed to the spot along with reinforcements and the area was immediately surrounded. The CRPF and police retaliated and engaged the militants in a gunfight near a school, during which the two suicide attackers were killed, said the police official.

However, the Police Public School was closed due to a strike called by separatists in support of their demand for return of mortal remains of Parliament attack convict Mohammad Afzal Guru. 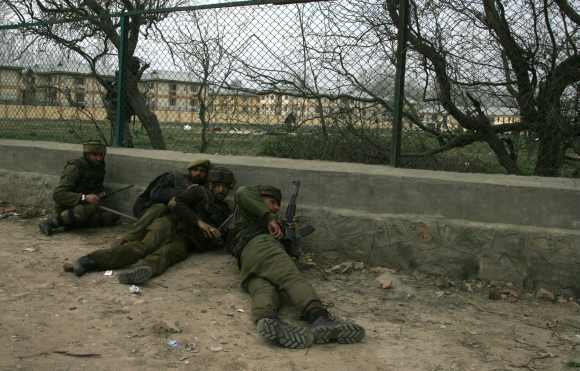 Inspector General of Police, Kashmir, Abdul Gani Mir said the group affiliation and identity of the militants killed in the incident was currently under investigation.

"Three civilians were also injured -- they had splinter injuries and they have been hospitalised," he said, replying to the issue raised by members Balwant Singh Mankotia and Irfan Shah in the Legislative Assembly. 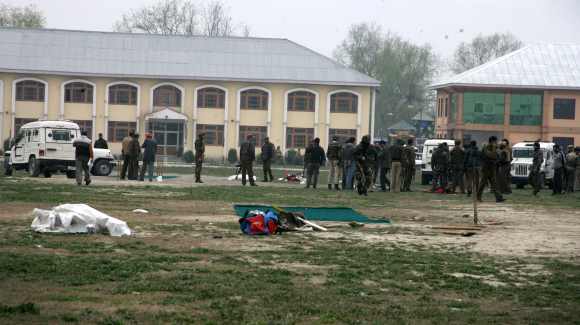 "It was a fidayeen attack-- both the militants involved in the attack have been killed -- the attack has been neutralised," Omar said.

According to Deputy Inspector General of Central Kashmir Ahfadul Mujtaba, the militants had entered the Police Public School ground on the pretext of playing cricket.

"They were carrying guns and grenades in their kits," Mujtaba said.

He said although the identity of the slain militants could not be established, the attack bore the signature of terror outfit Lashkar-e-Tayiba. 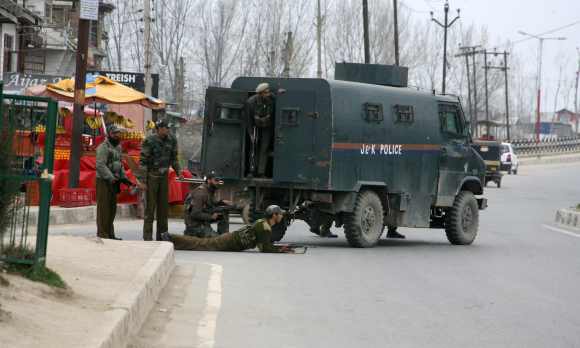 Tension gripped Srinagar in the afternath of the incident. Shops and businesses were shut and public transport remained off the roads. However, skeletal private transport was seen plying on the city roads.

The area is now being searched to ensure that no attacker has escaped or is hiding in the area, where a CRPF battalion headquarter is located.

This is the first major militant strike in the heart of Srinagar since 2009. It comes at a time when the authorities are gearing up for the upcoming tourist season.

Jammu and Kashmir police chief Ashok Prasad had on Tuesday warned separatists to desist from calling shutdowns, which were creating difficulties for the common man.