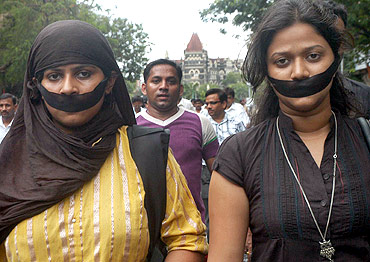 Journalists in the city on Monday staged a sit-in at the Mantralaya (state secretariat) premises, protesting the rejection of demand for a Central Bureau of Investigtion probe into the murder of senior journalist Jyotirmoy Dey.

Journalists from both print and electronic media organisations and associations gathered at Patrakar Sangh in south Mumbai and marched toward Mantralaya.

'State government is sensitive to feelings of journalists' 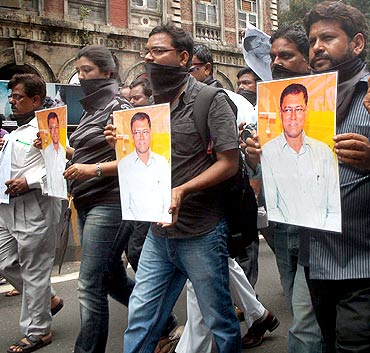 Assuring the agitating scribes of taking action, Chavan said, "The state government is sensitive to the feelings of journalists and is doing whatever it can to bring the assailants to book." He said he was personally monitoring the investigations.

The delegation that met the chief minister also demanded that an ordinance be passed regarding (proposed) a law to prevent attacks on journalists. The chief minister said he will put the draft before the cabinet on June 15.

'Police expecting a breakthrough within 2 days' 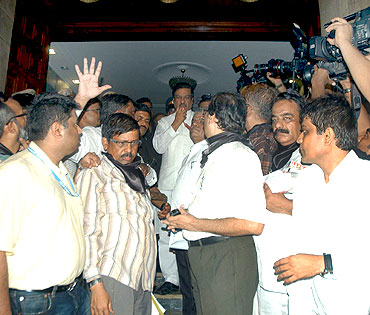 The newsmen, while demanding a CBI enquiry into the killing, also sought the resignation of Home Minister R R Patil and Mumbai Police Commissioner Arup Patnaik. However, the chief minister rejected this demand too.

However, Chavan assured the delegation that police had got some concrete evidence, and there would be a breakthrough within two days, Kathe said. 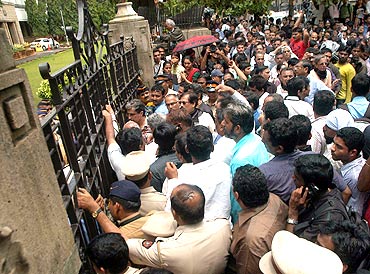 "We will wait till June 15... if not satisfied journalists will start a relay hunger strike," Kathe said. "After a week, we will move the Bombay High Court and file a petition seeking a CBI probe," he added.

Earlier in the day, a delegation of Maharashtra Pradesh Congress Committee met the chief minister at his official residence and appealed him to take urgent and appropriate steps to tackle the growing incidents of attacks on mediapersons in the state.