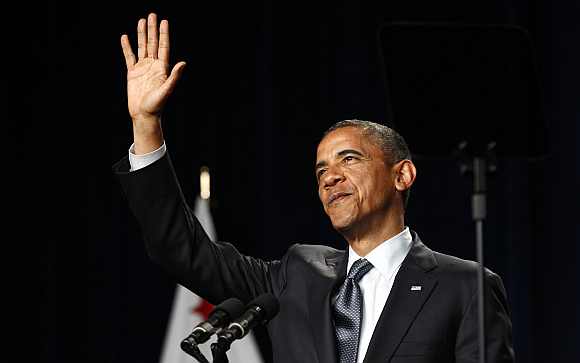 Conceding that he would never be a perfect president, Barack Obama has told Americans that he is the man who keeps all his promises, citing his decisions to bring back United States troops from Iraq as well as Afghanistan.

'We'll remind the world that US is the greatest nation' 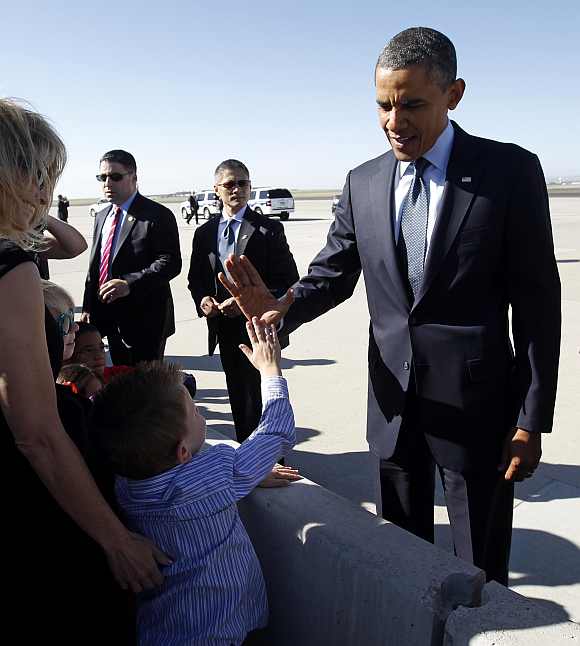 Image: Obama gives a boy a high five upon his arrival in Colorado Springs, Colorado on May 23
Photographs: Reuters

Obama, in his speech, highlighted the achievements of his presidency including revival of the economy, winding down war in Afghanistan. But said, he still has a lot of work to do.

"If you'll fight with me and stick with me and march with me and press with me, if you're willing to work even harder this time than the last time, we'll move this country forward. We will finish what we started. We'll remind the world again why the United States of America is the greatest nation on earth," Obama said amidst applause from the audience.

'Romney will take the country backwards' 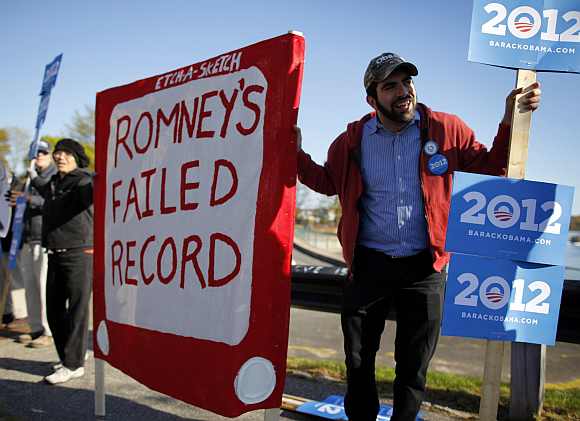 Obama criticised Mitt Romney, his prospective Republican challenger in the November presidential elections and alleged that the later if elected would take the country backwards.

'America at its best when we're striving for one dream' 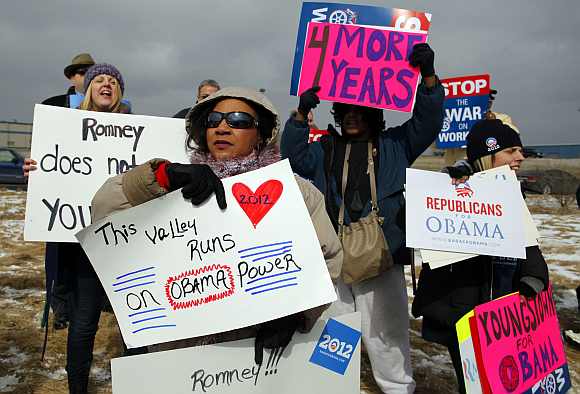 "We need to move forward so that we can stop denying citizenship to responsible young people just because they're the children of undocumented immigrants. This is a country that is at its best when we harness the God-given talents of every individual; when we hear every voice; when we come together as one American family, and we're striving for the same dream," he said.

"That's what we're fighting for. That's why I'm running for president. That's why I need your help. This election will be closer than the last one. People don't remember the last election was close. We're going to have to contend with even more negative ads, even more cynicism and nastiness and just plain foolishness. But the outcome of the election is ultimately going to depend on all of you," Obama said.