If India can build rockets, why do we need Czech trucks? 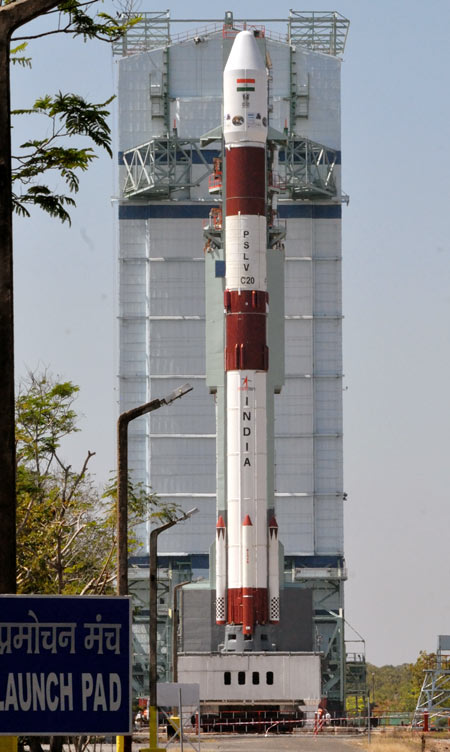 A country that can launch a 229-tonne rocket with seven international satellites into space does not need to import trucks, howitzers or helicopters, says Claude Arpi, who was present at the PSLV launch in Sriharikota on Monday.

In recent months India has been a depressing country to observe. One scam follows another; the latest being the chopper scam for the procurement of 12 AW101 helicopters from the Anglo-Italian firm Agusta-Westland.

Choppergate is the symptom of a deeper malady; 'indigenous' corruption is increasing by the day.

I was in this dark mood when I got an invitation to attend the launch of the Polar Satellite Launch Vehicle C-20 in Sriharikota, 100 km north of Chennai.

Having followed President Francios Hollande's visit to India earlier this month, I thought that, if successful, this would be the cherry on the Indo-French partnership cake.

Apart from the Indo-French collaborative effort, Saral, which is to study the ocean surface and environment using two French devices -- ARgos and ALtila, the Indian Space Research Organisation was to put into orbit six other satellites, UniBRITE and BRITE from Austria, AAUSAT3 from Denmark, STRaND from the UK and NEOSSat and SAPPHIRE from Canada.

A couple of hours before the launch, Yannick d'Escatha, the president of the Centre National d'Etudes Spatiales, ISRO's French counterpart told me how important the cooperation with their Indian partner has been for the CNES, particularly after the Megha-tropiques project initiated in 2003.

On February 14, President Hollande and Prime Minister Manmohan Singh witnessed the signature of a statement of intent for long-term cooperation in space between ISRO and CNES; d'Escatha said a third joint mission will soon be planned, again in the field of environment and climate change.

For me, the launch of PSLV C-20 rocket (weighing 229 tonnes with a height of 44.4 metres and carrying a payload weighing 668 kg), was a 'comforting' experience.

One hour before the expected time of ignition, one could feel the tension (if not the anxiety) mounting among the French, Canadian and Indian engineers gathered in the special gallery above the control room in which five giant screens were installed.

On each screen were given details of the countdown, including the IST and GMT timings. Several cameras focused on different parts of the rocket as well as the control room.

As the hour approached, a silence descended even as the thousands of flamingos, herons, egrets or pelicans populating the Pulicat Lake seemed to know that the time had come.

The full moon was a bonus for ISRO's Indian and foreign guests.

As the '10 minute' countdown was announced, the remaining tasks (shown on the screens), one by one turned from red to green when successfully completed; the silence was then complete.

If India can build rockets, why do we need Czech trucks? 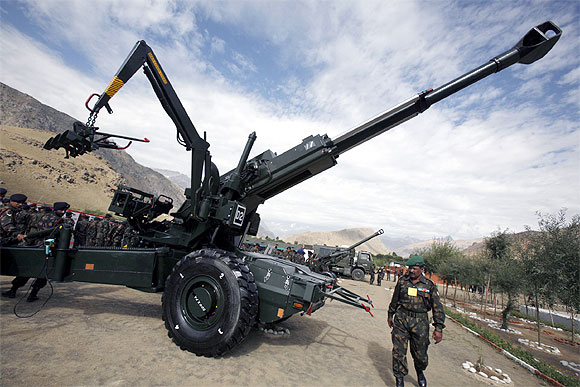 A Canadian scientist who had worked for 12 years on the NEOSSat satellite and who witnessed several launches at Baikonur (in today's Kazakhstan) or at Kourou, in French Guyanna, advised me to stay outside during the first two minutes (the separation of Stage I occurred after 113 seconds after the initial ignition).

I did not regret heeding him; later I felt sorry for President Pranab Mukherjee and the poor VVIPs inside the enclosure who could only see the screens.

Outside, it was grandiose, as twilight descended, the PSLV majestically rose; first in a leisurely manner, then the rocket took a slow turn towards the south.

As the Stage I and II separated, one could see the Stage I slowly being left behind (before falling into the Bay of Bengal); all those present started clapping enthusiastically.

Then, everyone rushed into the gallery to follow the rocket's trajectory on the radars.

After each announcement, visible on the screens: The separation of a stage, ignition of the next one and then separation of each successive satellite, the scientific staff (including ISRO's chairman who had abandoned the President to be with his scientists) and the other lucky witnesses would applaud.

Our hands were red after 22 minutes when it was announced that the launch had been a success; all the satellites had been placed in their proper orbits.

Then everybody started to congratulate his or her neighbours. Some even congratulated me, just because I happened to be born in France?

The tension was then transferred from ISRO to their partners whose job was to link their respective satellites with different earth stations.

For Saral, it happened immediately; but the poor Canadian of the SAPPHIRE project had to wait two hours for confirmation that the link was established; they could then join the celebrations.

It was a great success for India.

No question of bribery, of 'cheating' the system here, of replacing 'cement by sand' to cut down the cost. One can't cheat at this level of technology.

I thought to myself, India can do it! Why does one still need Czech trucks or Swedish howitzers?

India can do it!