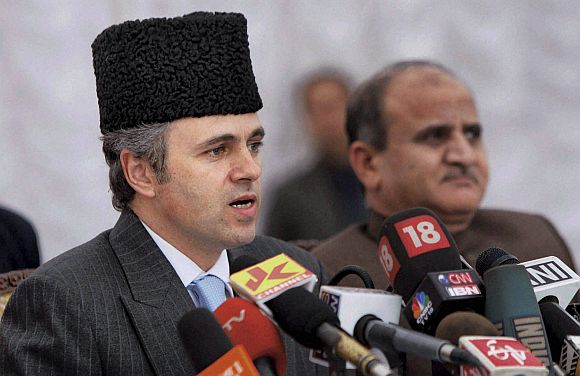 Amid raging controversy over the issue of partial withdrawal of AFSPA, Jammu and Kashmir Chief Minister Omar Abdullah on Monday said there was ample opportunity to address the concerns of the armed forces and still go ahead with the proposed plan.

Omar, who met Prime Minister Manmohan Singh and Home Minister P Chidambaram, also made it clear that he was not in the "business of playing politics with national security", nor would he do so ever in future.

"I believe that there is ample opportunity to address both the concerns of armed forces while still allowing us to go ahead with the position that we have taken which is keeping with what the Cabinet Committee on Security recommended almost a year ago," he said after a meeting with Chidambaram. 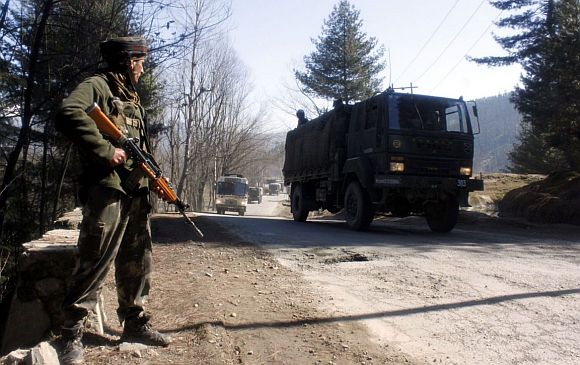 Omar said as part of his efforts to evolve a consensus on the partial withdrawal of the Armed Forces Special Powers Act, he has already met the Prime Minister, and other members of the CCS -- Defence Minister A K Antony, the Home Minister and would meet Finance Minister Pranab Mukherjee later tonight.

"Obviously the effort is to narrow the differences between what we would like to see happening and what the Army is so far as publicly stated as comfortable to let happen," he said.

The chief minister dismissed the suggestion that by raking the AFSPA he was trying to deflect other issues facing his government and said he has been raising the AFSPA issue ever since be became the Chief Minister three years ago.

"Please understand. I have been talking about AFSPA and its possible partial roll back almost the day since I became the chief minister...I am not in the business of playing politics with national security. I never have been and I never will be," he said. 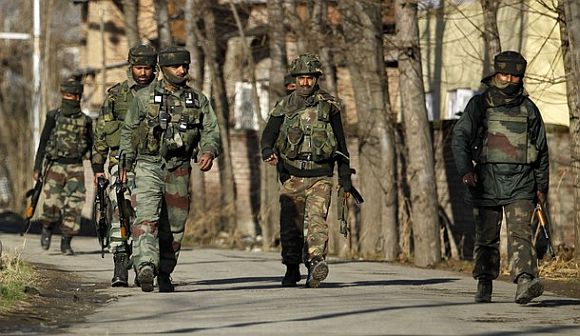 Asked what assurance he has received from the prime minister and the Union ministers, Omar said it was not proper for him to say anything on their behalf.

"I am not...it is not my place to speak on behalf of the defence minister or the prime minister or the home minister. I have made our point of view very clear. They, I think, were very receptive, to what we had to say. As I say, this is an ongoing process, this will continue," he said.

The chief minister said he was in the process of meeting all the members of the CCS and his effort was to reach the goal of partial withdrawal of AFSPA.

"I met the defence minister yesterday (on Sunday). I met the prime minister this morning. I just concluded a meeting with the home minister. I am scheduled to meet the finance minister later tonight. This will conclude my first round of discussions with the members of CCS. 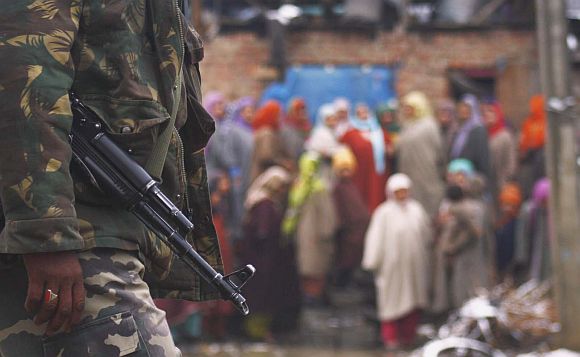 "These discussions will continue. If necessary, I will meet them again. My effort is to reach the goal of partial withdrawal of AFSPA and simultaneously ally the apprehensions of the armed forces," he said.

Asked about hardline Hurriyat faction's statement that if Disturbed Areas Act, Public Safety Act and AFSPA were lifted then there will be a public uprising in Jammu and Kashmir, Omar said the separatists did not want the withdrawal of AFSPA as it would benefit them in two ways.

The chief minister said the state government was talking about withdrawal of AFSPA from the areas where armed forces were not operating now. 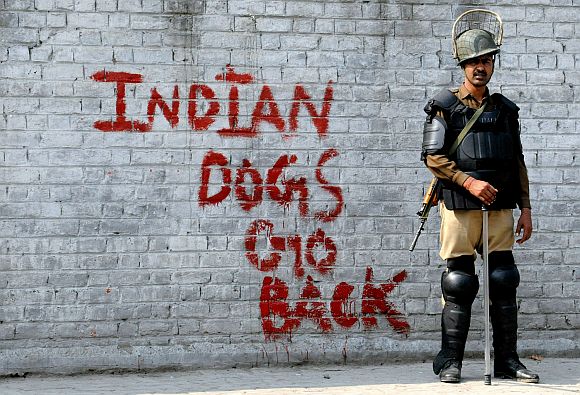 "If they (Hurriyat) have the courage, they should do whatever they want to do... they should show me by doing something in Srinagar...even today the forces are not operating in Srinagar. They can't do anything. They know that if the Act is withdrawn, people will be happy and they will lose ground. They want to threaten you...," Omar said.

The chief minister said apart from the issue of the partial withdrawal of the AFSPA, he has discussed with the home minister several other issues, including overall security environment of the state.

"We reviewed the overall security environment of the state, particularly in light of the fact that offices have moved from Srinagar to Jammu for winter. We also discussed some of the ongoing works visa-a-vis the rehabilitation of migrants etc," he said.