Sign in  |  Create a Rediffmail account
Rediff.com  » News » The worrying case of rising racist rhetoric in US 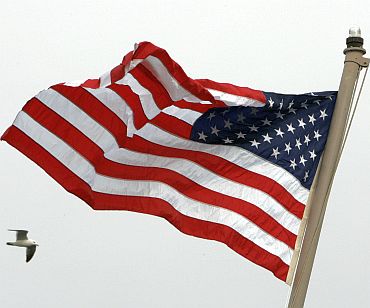 A new report released by South Asian Americans Leading Together has exposed the exponential rise of xenophobia (an irrational, deep-rooted fear of or antipathy towards foreigners) against South Asians, Arab Americans, Muslims and Sikhs since 9/11, and said this has gained even increased momentum in recent months because of racist comments made by elected officials and political candidates.

According to the report by the DC-area based non-profit organisation -- which is one of the leading civil rights advocacy groups on behalf of South Asians -- these intolerant remarks made by elected officials and those running for office had contributed to negative public opinions and policies, including stirring negative responses against political candidates of South Asian descent.

Deepa Iyer, executive director of SAALT, said, "Racist rhetoric cannot be characterised as ignorant, funny or inconsequential. It has far-reaching impact -- such as contributing to a sense of alienation and isolation on the part of affected communities to shaping negative public opinion and policies." 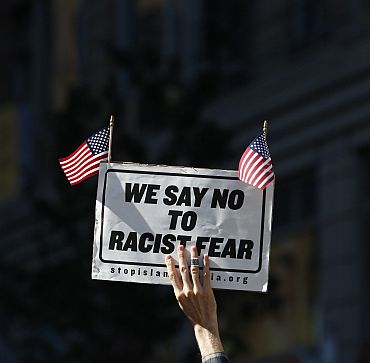 The report titled, From Macacas to Turban Toppers: The Rise in Xenophobic and Racist Rhetoric in American Political Discourse, since 9/11, South Asians, Muslims, and Sikhs 'have been perceived as threats to national security; as political liabilities; as outsiders or foreigners; and, as unsuitable for political office'.

Among other incidents, the report documented and analysed political ads about outsourcing, statements targeting a South Asia candidate's accent of 'funny-sounding' last name, and stances that support profiling and surveillance of certain communities.

It noted that even though a high number of South Asians are running for office this year, including several Congressional candidates and one gubernatorial candidate -- all of whom were born and raised in America -- they have had to face additional hurdles when their loyalty, patriotism, and 'American-ness' were questioned. 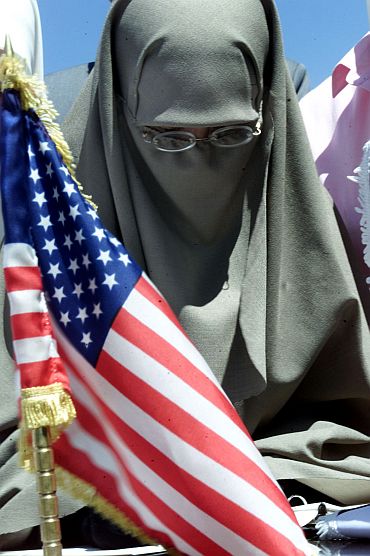 It also spotlighted comments related to the Park 51 Islamic Community Centre in New York to be named Cordoba House, which came to be infamously called the Ground Zero mosque, that led to much xenophobia and anti-Islamic fervour, including the stabbing of a Bangladeshi cab-driver when he identified himself as a Muslim when asked by a passenger in the immediate aftermath of this controversy, as well as the desecration of several mosques around the country.

Hilary Shelton, Director, Washington Bureau of the National Association for the Advancement of Coloured People, who was one of the speakers at a briefing that coincided with the report's release, said, "The details in this report are extremely helpful not only to the South Asian community but to the rest of the country as well."

He compared the experiences of Muslims, South Asians, Arab Americans and Sikhs to those of Africans Americans, who have "also been dehumanised and marginalised" for decades by "a racist political climate." 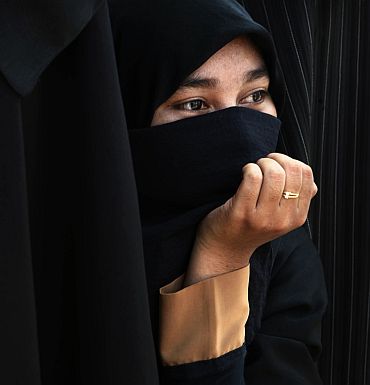 Arsalan Iftikhar, a lawyer, commentator and founder of themuslimguy.com, reflecting on the current climate of Islamophobia, noted that 'Muslim' had today 'become the accepted slur in America and race, xenophobia, bigotry have now become a permanent political wedge issue in America'.

Priya Murthy, policy director at SAALT, and primary author of the report, urged "elected officials, candidates and community members to take action," and called on them to condemn such racist and xenophobic rhetoric.

She also exhorted political parties "to adopt no-tolerance policies," against such racist and xenophobic rhetoric and called on community members to "hold accountable those who make such remarks."

The report acknowledged that such rhetoric had clearly existed in the country's political discourse well before 9/11, but said that SAALT had begin collecting data and research about such incidents only after 9/11, "primarily because of their unprecedented frequency as part of the broader backlash against these communities." 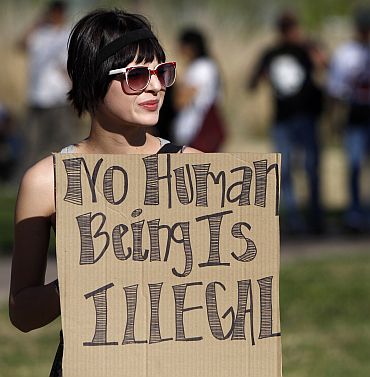 It said that it was 'important to note that the incidents included in this report are intended to provide only a snapshot of the broader types of intolerant rhetoric that exist in political discourse. Furthermore, while there are numerous instances of media outlets and political commentators relying upon similarly harmful stereotypes of community members, the majority of this report focuses on remarks made by public officials, political candidates, and those entities and individuals formally affiliated with their campaigns'.

"The reason for the narrower scope," the report explained, "is because of the unique influence that such individuals hold over shaping not only policies but also the perceptions of the general public."

The report said that xenophobic statements made by public officials and candidates could 'also cultivate an environment within government where discriminators policies can garner support'. 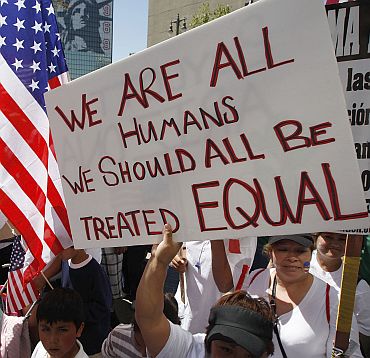 It cited as an example of when "public officials make comments stating that the government needs to more closely monitor the immigration of South Asians coming into the country because of the supposed threat that community members pose -- as former presidential candidate Mike Huckabee (and the former Republican governor of Arkansas) has stated regarding the Pakistani community -- they can be seen as endorsing policies that call for additional screening of South Asian travellers returning from trips abroad."

"Or when an elected official calls for law enforcement to pull over and arrest anyone with a 'diaper on his head,' as former Congressman John Cooksey has stated, it sends the message that those who wear turbans are terrorists," it noted.

The report said, "Such statements lend false credence to negative stereotypes, which in turn can lead to an environment that condones the discrimination of community members at schools and workplaces; racial and religious profiling of individuals based on their appearance; and bias-motivated violence and harassment." 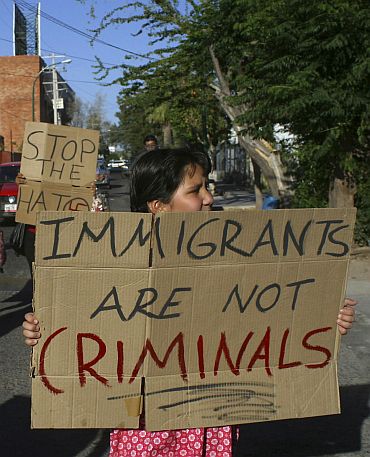 These remarks, it said, can lead to South Asian Americans also feeling "alienated and isolated within a country that many have called home for decades."

The report said when political opponents use epithets such as 'raghead' or accuse candidates of having 'no roots in our community' the "broader message to South Asians running for office is that they cannot be trusted because they are not 'true' Americans.

"Or when public officials make statements equating a particular religion with terrorism and violence," it said, "that faith community's loyalty and patriotism are automatically placed into question," and that besides a sense of alienation and isolation "such statements vilifying community members can serious threaten their sense of both safety and belonging in a nations they have helped to build."

The report called for a return to civility in the public sphere, and identified individual and collective strategies than can help enrich the country's political and civic life including tracking and monitoring incidents of xenophobia and racism made by public officials and political candidates.