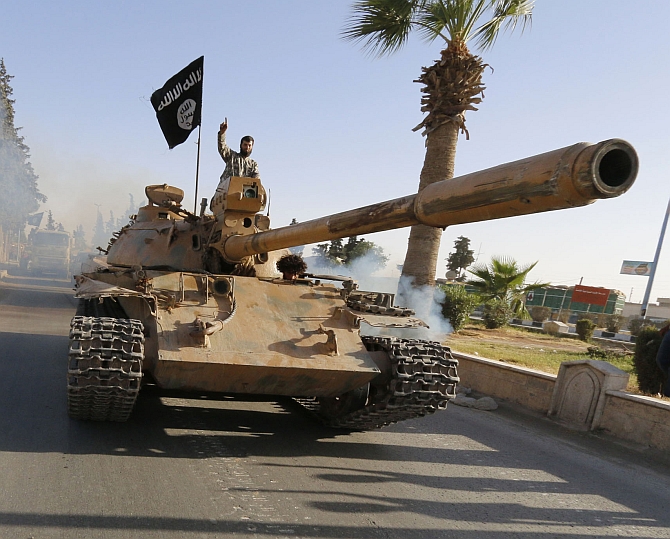 ‘ISIS has intensified its competition with the Al Qaeda by declaring a caliphate.’

Experts tell Rediff.com’s Vicky Nanjappa about the impact of the ‘Islamic state’ on the terror world.

The restoration of the caliphate by the dreaded Islamic State of Iraq has put the world on edge. Indian Muslims, mostly Sunnis, have denounced the declaration of an Islamic state. The ISIS’s decision to continue the battle during the holy month of Ramzan has not gone down well with them. The outfit is not a real protector and the militants not followers of Islam is a common sentiment.
However, there are a good number of Muslims who could subscribe to the ISIS and this is a matter of huge concern for security agencies across the world. How does the declaration of caliphate impact the terror scenario? What role would the Al Qaeda play? 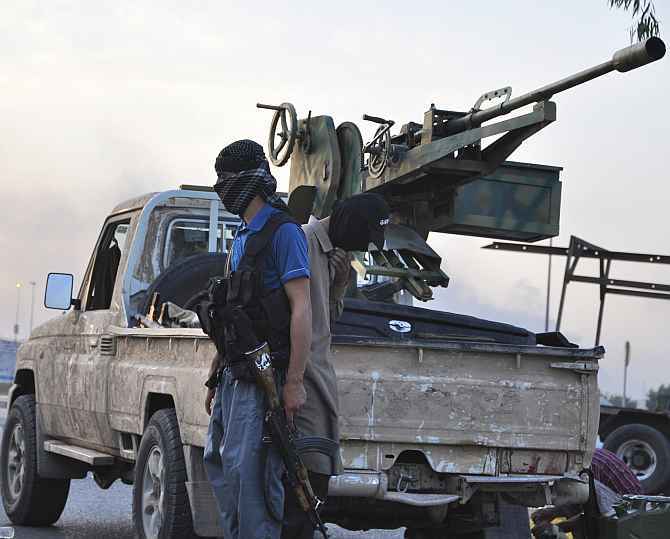 Michael Kugelman, senior programme associate for South and Southeast Asia, Woodrow Wilson International Center for Scholars, told rediff.com that the ISIS has intensified its competition with the Al Qaeda by declaring a caliphate.

“The Al Qaeda has always arrogated to itself the right to declare a caliphate, but only when conditions allow for it. And according to Al Qaeda, the time has not arrived.”

“The upshot is that this new level of competition could spark fighting between the Al Qaeda aligned groups and those militant groups that reject the terror body. In some ways, this could be a good thing because it could fragment international jihadist networks,” said Kugelman. 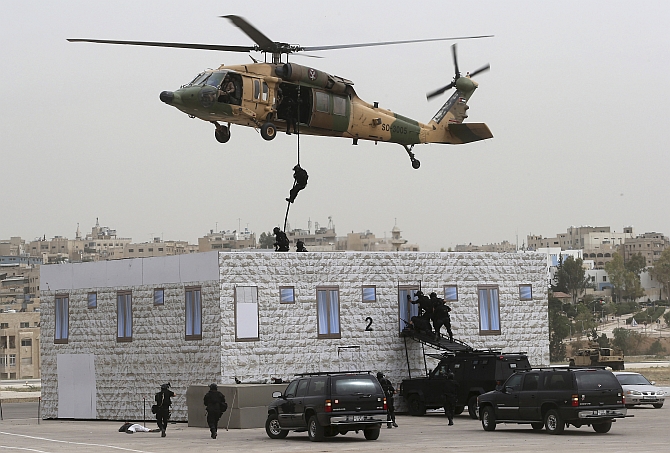 According to the Research and Analysis Wing, only those who subscribe to ISIS’s extremely violent tactics -- and most Muslims do not -- will be influenced by the ISIS. The more important question is how much influence will ISIS chief and new ‘caliph’ Abu Bakr al-Baghda have over the Islamist militants. With Al Qaeda having evolved -- some would say weakened -- he has an opportunity to earn the allegiances of some of the world's most hardcore Islamist militants.

“Most Muslims reject terrorism, and would never declare allegiance to someone who uses violence. Many Muslims believe in the idea of a caliphate, but most would reject the means used by al-Baghdadi to attain it,” he added.

The Middle East is closely connected, the weakness of its borders and given the fact that many in the region declare those borders as artificially established boundaries put in place by European colonial powers, there is concern that the ISIS could gain ground in other countries in the region. Jordan and Lebanon would appear to be particularly desirable targets for the ISIS, the R&AW official warned.

Experts in India predict that the Iraq violence will spillover into other parts of the world. Nigeria’s militant group Boko Haram and Somalia’s Al Shabaab, which have not been subscribing to the view of the Al Qaeda, will follow suit. 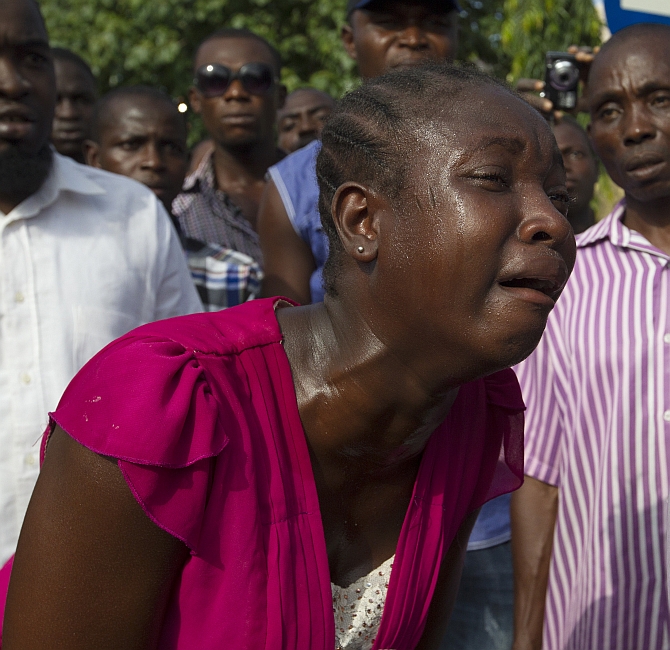 An officer with R&AW said, “It looks like this is going to turn into a big menace. The situation has gone out of control and radical groups such as the Lashkar-e-Jhagvi, Boko Haram, Abu Sayaaf and the Al Shabaab are looking for inspiration and they find it in abundance in the ISIS.”

“With the ISIS looking to create the Islamic World Dominion, the declaration of the caliphate becomes all the more important. It takes just 8,000 radicals to shake the world and we have seen this in Iraq. The ISIS has a strategy in place, which appears to be better than that of all the other terror groups. The manner in which they have managed bribe important commanders in the Iraq army through watering holes in London and Dubai are indicators of bigger things to come,” the officer warned.

Meanwhile, mosques in India have once again decided to repeat last Friday’s sermon to denounce the ISIS. Many maulvis have been telling devotees at prayer meetings that the ISIS is not an outfit to look up to; their actions go against what Islam preaches.

Indian agencies have requested Muslim leaders to caution the community against offering support to the ISIS. The militants may not come to India but their influence on the minority population is enough to create tension in sensitive areas, fear security officials.