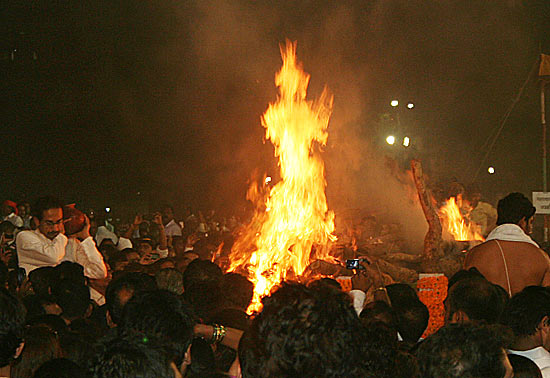 It is a shame that a bright man with a clear political agenda should have arrogated to himself the right to say things deeply offensive to other people, but trampled on the right to a contrary opinion, says Mitali Saran

State funeral, body wrapped in tricolour, 21-gun salute, weepy television anchors, city shut down, encomiums from all the leading lights from politicians to industrialists to media people to Bollywood.

An uninformed tourist parachuting in on Bal Thackeray's funeral would have been forgiven for thinking it was a send-off for a head of state, not a rabble-rouser who thrived on holding some Indians to be more equal than others.

One fully expects the Shiv Sena to start clamouring for a memorial at Shivaji Park (not that they should have one), but it does the Bharatiya Janata Party no credit to suggest adjourning Parliament for a day as a mark of respect for Thackeray.

One understands that the media must cover his funeral, but not in the crazy surround sound, celebrity groupie fashion we saw. Most of all, one understands condolences offered, but not the thick pancake make-up applied to what the man actually stood for.

Thackeray was quite certain that violence was okay 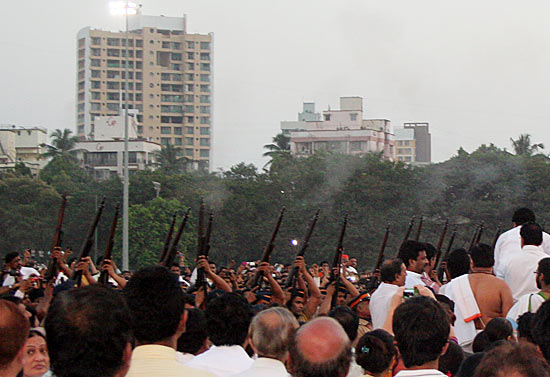 What Thackeray stood for was an ideology of exclusion and division, implemented through so much violence that, very soon, just the reputation for violence was -- is -- enough. The Shiv Sena doesn't do empty threats. If they say they are going to kick your head in, you will want a helmet on the double.

Pretty soon, you will do them the favour of never doing anything to attract their attention. Self-censorship is the most efficient result, and further propagator, of fascism.

The two girls arrested recently for respectively writing and 'liking' a Facebook post about Bal Thackeray's funeral discovered this the hard way. Interviewed on television, they were masked and terrified. The writer of the post swung between "no comment" and repeated apologies. Her uncle, whose clinic was ransacked by the Sainiks, grimly noted that nobody was going to pay for the damage.

Bal Thackeray may or may not have agreed that any particular incident deserved the Shiv Sena's attention, but he was quite certain that violence is A-OK. There is another word for people who substitute violence for influence: terrorists. Not all of them are men in black with wires curling around their chests.

Bal Thackeray was a cartoonist, and not a bad one 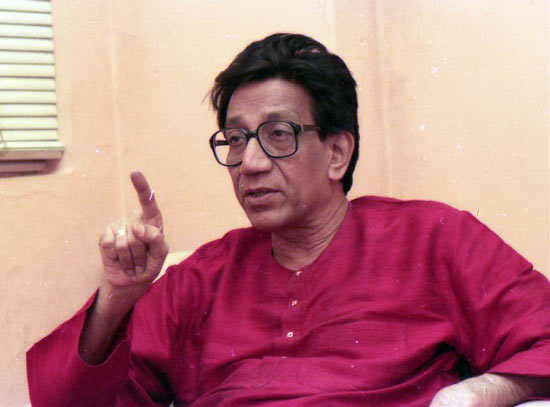 The Shiv Sena's apparent emotional instability, and the fear it inspires, makes people choose their words carefully, or shut up. Everyone walks on eggshells around the Sainiks, because people expect them to behave not like a political party mourning their leader so much as a bunch of two-year-olds who have had their comforter taken away. Nobody wants to deal with the tantrum that might ensue. Not even when he is gone can they tolerate a frank discussion about the leader and his life.

But there is a conversation to be had, much of it offensive to the Shiv Sena. If, with the passing of their boss, the gloves come off a little, the Sena should remember the greatest irony of all: Bal Thackeray was a cartoonist, and not a bad one at that.

He dealt in humour coming out of irony, provocation and insult. He understood perfectly that making fun of something or someone, being rude about them, comprises legitimate comment. It's a form of intelligence, which he channelled skilfully himself, but which his supporters clearly don't have.

It is a shame that a bright man with a clear political agenda -- an exclusionary and divisive agenda, but a legitimate one -- should have arrogated to himself the right to say things deeply offensive to other people, but trampled on the right to a contrary opinion.

Bal Thackeray would have been able to laugh 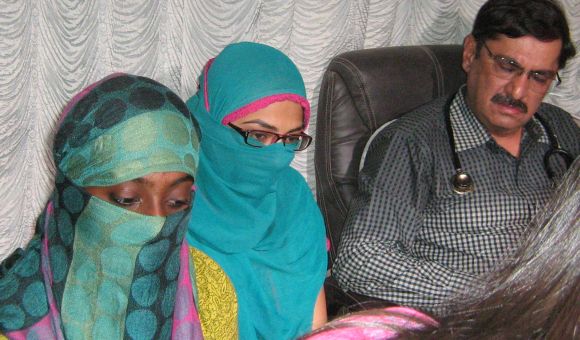 Bal Thackeray's genuine charisma might have rallied people around him out of respect for his views about Marathi pride rather than out of fear. Now, history will remember him as the guy who admired Hitler and instigated murder.

It's been argued that the reason the Shiv Sena and other groups get away with violence is not that the government is unable to enforce the law, but that it is unwilling; political parties let each other get away with murder, literally, for their own very specific ends.

If that is the case, then until the political class starts to treat the Constitution like the live idea that they are elected to protect, rather than like toilet paper, we should all keep our helmets at hand.

The leader of the Shiv Sena was cremated with his sunglasses on. The Shiv Sena probably doesn't see anything funny about that, but I bet Bal Thackeray would have been able to laugh about it.