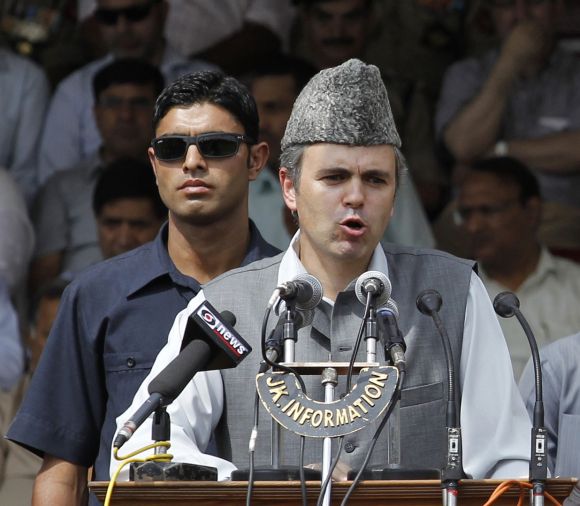 An angry Jammu and Kashmir Chief Minister Omar Abdullah Sunday slammed the execution of Afzal Guru and said this would reinforce a sense of alienation and injustice among generations of youth in the Valley.

Omar also said it was a "tragedy" that Guru was not allowed to meet his family before he was hanged and not allowed a "final farewell". The 43-year-old Parliament attack convict was hanged and buried in Tihar jail premises in Delhi in a secret operation Saturday.

Clearly unhappy with the hanging of Guru, the chief minister said there were many questions that needed to be answered.

Omar observed that the long-term implications of the hanging of Guru's hanging were "far more worrying" as they were related to the new generation of youth in Kashmir "who may not have identified with Maqbool Bhatt but will identify with Afzal Guru." Bhat was hanged in 1984 for murder of Indian diplomat Ravindra Mhatre in the UK.

"Whether you like it or not, the execution of Afzal Guru has reinforced that point that there is no justice for them and that to my mind is far more disturbing and worrying than the short-term implications for security front.

How we would be able to correct or address that sense of injustice and alienation is a question I do not have answers," he added.

'Centre will have to prove death penalty isn't used selectively' 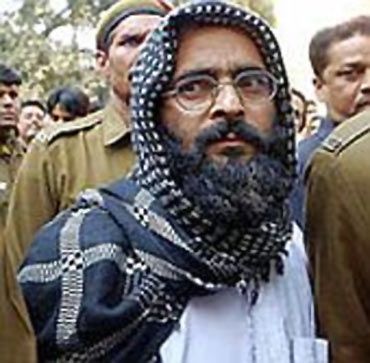 Asked about the official position of the ruling National Conference on the hanging, Omar said," Obviously we would have it rather not happened."

Expressing himself against death penalty because "I have no bloodlust", Omar said as long as the capital punishment exists on the statute there should be no "pick and choose".

Asked whether the United Progressive Alliance government went for selective execution of death row convicts by hanging Guru, Omar said it will have to be proved to Kashmiris and to the world that the execution of Afzal Guru is not a "selective" one.

"I had a sense that Afzal Guru would be executed sooner rather than later. Generations of Kashmiris will identify with Afzal Guru. You will have to prove to the world that the death penalty is not used selectively. The onus rests on the judiciary and the political leadership to show that this wasn't a selective execution," he said.

The chief minister while agreeing that there were people who believe that Afzal's trial was flawed said there were enough voices in the rest of the country also who feel the same.

Omar said if the Centre wanted to protect itself from allegation that Afzal's hanging was political than legal, it will have to answer questions on other death row convicts.

'You don't hang someone to satisfy collective conscience' 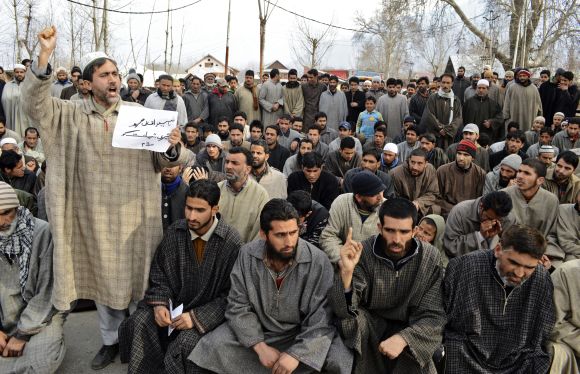 Omar also said that many questions needed to be answered.

On Guru's family not allowed to meet him, Omar said, "I cannot reconcile myself to the fact that his (Afzal) family was not allowed to see him before he was killed or executed. That to my mind, on a human level, is the biggest tragedy of this execution."

The chief minister also questioned the rationale of informing Afzal's family through post saying the reliability of the medium itself was questionable.

"If we are going to inform someone by post that his family member is going to be hanged, there is something seriously wrong with the system," he said.

On questions being raised on the fairness of the trial of Guru, he said "The other aspect Government of India will have to look at very seriously is death-row inmates leapfrogging others.

On not being taken into confidence before hand on the execution, Omar said that is not true.

He expressed concern about his government having been informed about the execution just 12 hours in advance and said he was hurt that the family of Guru had not been informed in due time.

"All legal options had been exhausted. It would have been worse if we would have switched on the TV (in the morning) and come to know," he said.

Omar said these sort of decisions are not discussed with all the allies or in the cabinet meetings.

"Only a handful of people are informed about these decisions. The hanging of Ajmal Kasab was kept a secret, the nuclear tests were kept secret and till this date, we have kept secret the name of the Delhi gang rape victim," he said.

Responding to the demand of Guru's family for return of the convict's body, Omar said he will discuss with the Centre the implications of such a move.

The chief Minister said his political rivals including the principal opposition party, Peoples Democratic Party, would like to hold him responsible for the execution of Guru.

"Like it or not, I had no role to play in it. It would have been different if I had to sign the warrant of execution," he said.

In response to a question, Omar said "if resigning from the (Union) government can bring back Afzal Guru or bring a closure to the family, he would follow through."