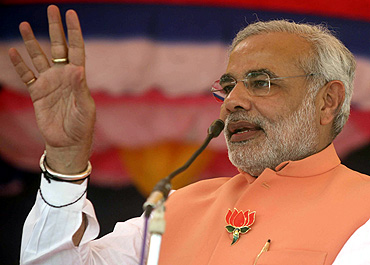 Identifying Gujarat as perhaps the best example of effective governance and impressive development in India, a Congressional report showered praise on the Chief Minister Narendra Modi and said that the state under him has become a key driver of national economic growth.

Gujarat, is followed by Bihar and its Chief Minister Nitish Kumar, for his governance and administrative skills, the latest report of the Congressional Research Service on India said.

"Perhaps India's best example of effective governance and impressive development is found in Gujarat, where controversial chief minister Narendra Modi has streamlined economic processes, removing red tape and curtailing corruption in ways that have made the state a key driver of national economic growth," said the CRS report. 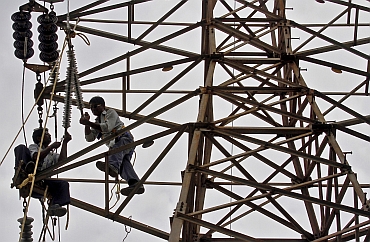 Image: Employees of Gujarat Energy Transmission Corporation Limited work on a high transmission electric pylon on the outskirts of Ahmedabad
Photographs: Reuters
An independent and bipartisan wing of the United States Congress, the CRS prepares periodic reports on issues of interest to the US lawmakers.

The 94-page report was released by the CRS for US lawmakers on September 1, a copy of which made public by the Federation of American Scientists.

"Seeking to overcome the taint of his alleged complicity in 2002 riots, Modi has overseen heavy investment in modern roads and power infrastructure, and annual growth of more than 11 per cent in recent years," the CRS said.

Gujarat, the CRS said, has attracted major international investors such as General Motors and Mitsubishi and with only five per cent of the country's population, the state now accounts for more than one-fifth of India's exports, it said.

Nitish Kumar voted the next best after Modi 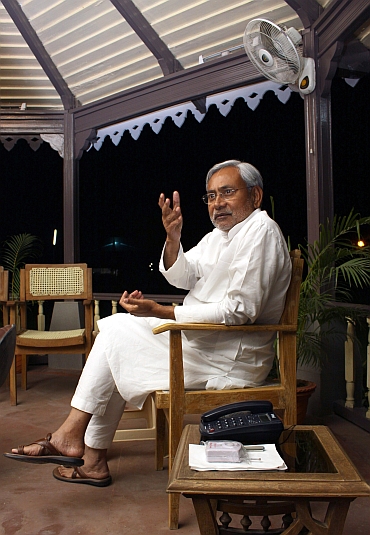 The CRS mentions Bihar after Gujarat in good governance.

"Another positive example in 2011 has been Bihar, one of India's poorest states, where Chief Minister Nitish Kumar has won national attention through his considerable success in emphasising good governance over caste-based politics.

"He is credited with restoring law and order across much of the state, as well as overseeing infrastructure and educational improvements of direct benefit to common citizens projects," the report said.

'Modi, Kumar may have inspired Mayawati' 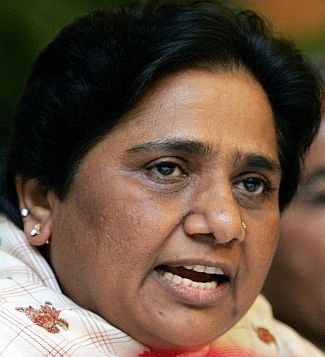 The examples set in by chief ministers Modi and Kumar may have inspired the popular leader of India's most populous state Uttar Pradesh.

"Chief Minister Mayawati, who is widely believed to maintain national political ambitions and was at the forefront  of a nascent "Third Front" in 2009, has shifted her own focus much more toward infrastructure projects such as road-building and improving the state's poor energy grid," the report said.

The CRS also refers to the ongoing Telangana movement in

Andhra Pradesh, and the new Trinamool-Congress rule in West Bengal.