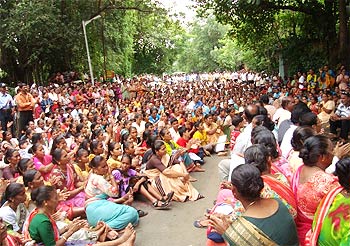 The residents of several villages under the Mira-Bhayander Municipal Corporation, in suburban Mumbai, held a massive protest against a dumping ground in the area on Sunday. The protest was organised by the villagers of Uttan, Dongri, Talavali, Tarodi, Pali, Chowk, along with various organisations including the Yuva Bharat and Lokshasan Andolan.

The villagers, most of whom are from the East Indian Christian community, have been fighting against the setting up of a proposed entertainment Special Economic Zone by the Zee Group since the last two years.

Local activists allege that the administration, with the sole aim of harassing the people, has relocated a dumping ground to a hill top at Uttan-Dhavagi. The ground, which can hold nearly 450 tonnes of garbage, has adversely affected the environment of the area, claim the activists.

A ploy to harass the locals 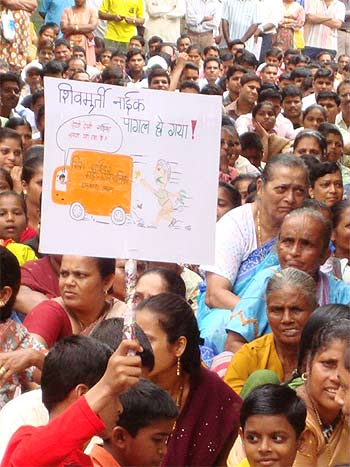 "Since the commencement of the project, villagers have been suffering from various ailments like bronchitis, tuberculosis, malaria, dengue, flu, viral fever and other diseases. The people are forced to live with the foul smell emanating from the dumping ground. The pollution caused by it has contaminated the local wells and agricultural land," according to a statement issued by Yuva Bharat.

The Mira-Bhayander Municipal Corporation has dismissed these allegations, claiming that the dumping ground is a sophisticated project. But locals claim that the ground is destroying the area, which is one of the few green zones left in Greater Mumbai.

The Uttan-Dhavagi dumping ground is threatening the fragile eco-system of the area, allege the locals, who have traditionally depended on fishing and agriculture for their livelihoods.

The activists believe that relocation of the dumping ground is a ploy to harass the locals and force them to vacate the land, to facilitate the setting up of the SEZ.

'We will give a strong fight' 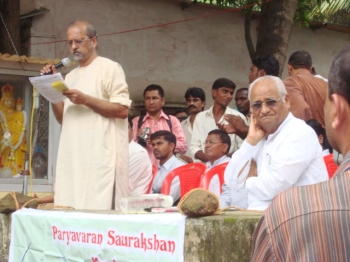 "This is the last bastion of the real, original Mumbaikars and the big capitalists and the ruling elite are determined to destroy it. However, the local inhabitants too have resolved to give a strong fight and have been fighting against the land mafias and the administration consistently," says the statement.

Initially, when the Uttan-Dhavagi dumping ground project was launched, over 5,000 villagers had signed a petition against it and submitted it to the authorities. However, the administration had ignored the protests by the locals.

The locals then initiated a signature campaign, and gathered nearly 17,500 signatures from residents across the area, protesting against the project. However, their protests again fell on deaf ears. 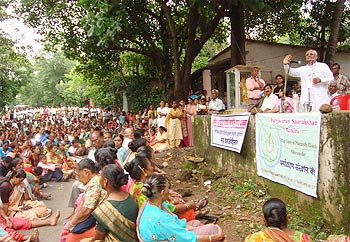 During the protest rally on Sunday, the villagers decided to form vigilance groups and block all the garbage-carrying vans and trucks going towards the dumping ground. The activists have termed it a 'do-or-die' fight against the administration.

Though the police tried to deploy their personnel in the area to facilitate the movement of the trucks, the locals have not allowed any garbage truck to enter the region.