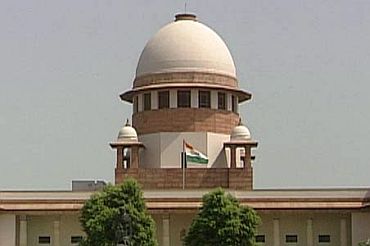 In a setback to the Central Bureau of Investigation, the Supreme Court on Friday dismissed its plea for death penalty to Dara Singh, convicted for burning alive Australian missionary Graham Staines and his two minor sons in January 1999 while upholding life sentence given to him by the Orissa high court.

A bench comprising justices P Sathasivam and B S Chauhan, while dismissing the agency's plea for death penalty, said the punishment can be imposed only in the "rarest of rare" cases depending upon the facts and situation of each case.

In the present case, the apex court said, the offence committed by the convicts, though highly condemnable, does not fall in the category of rarest of rare to warrant death sentence.

A bench had on December 15, 2010, reserved its judgment after hearing at length the arguments of CBI's counsel and Additional Solicitor General Vivek Tankha and counsel for the convicts. Senior counsel K T S Tulsi and Ratnakar Dash, besides counsel Sibo Shankara Mishra, appeared for the 12 convicts. Appearing for the CBI, Tankha told the bench that Dara Singh deserves death sentence as the murders were committed in a most "diabolic and dastardly manner" which warrant exemplary punishment.

"It was not a simple conspiracy but a dastardly conspiracy in which three innocent hapless victims were beaten and burnt alive in a car," he submitted.

Dara had filed an appeal challenging his conviction and the life sentence awarded to him. The apex court admitted the appeals in October 2005.

On May 19, 2005, the Orissa high court had commuted to life imprisonment the death penalty imposed by the sessions court on Dara Singh for the murder of Staines and his two minor sons -- Philip, 10, and Timothy, 6. Along with Dara, another person Mahendra Hembram was convicted in the case. However, the high court had acquitted 11 others who were awarded life terms by the trial court in the case.

Dara Singh and Mahendra Hembrom were found guilty of burning to death Staines and his sons, who were sleeping inside a van outside a church, at Manoharpur village in Koenjhar district of Orissa on January 22, 1999.

The trial court in Khurda had in September 2003 convicted all the 13 accused. While Dara Singh was awarded death sentence, others were given life imprisonment.

However, the high court had commuted their death sentences to life imprisonment.