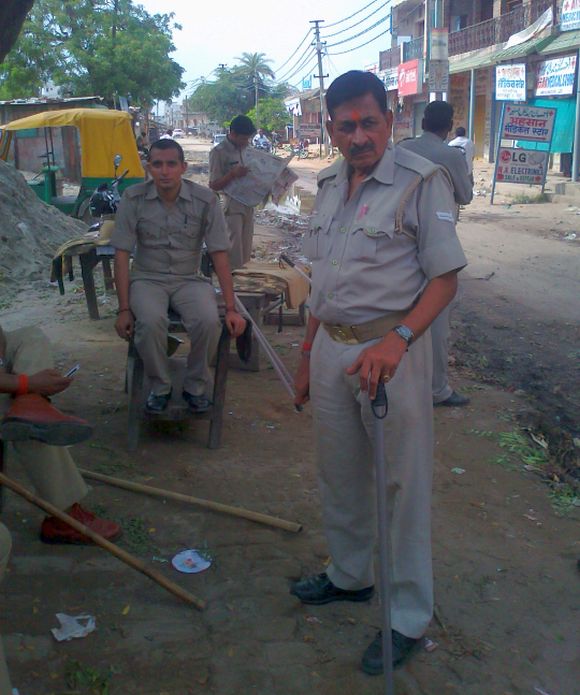 The Uttar Pradesh police is yet to make any arrest even three days after riots broke out in Masuri village in Ghaziabad district of Uttar Pradesh.

Large mobs had attacked police stations and commuters on NH 24 on September 14.

"Our first priority was to restore law and order. Now things are under control and now we will go all out and arrest the culprits," said Circle Officer Ram Vijay.

Vijay denied that there was any political pressure from the Samajwadi Party against arresting the rioters as such action would further aggravate the situation. 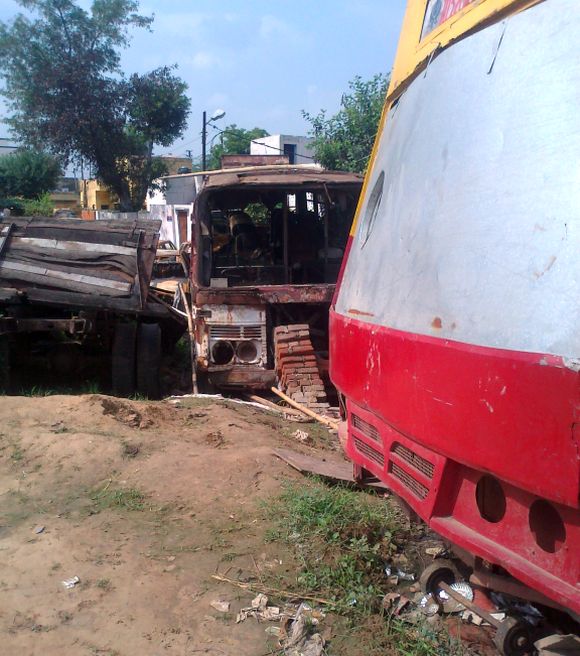 District Magistrate Aparna Uppadhyay held a meeting with top police officers to draw up a strategy to tackle the situation. However, SSP Gaziabad, Prashan Kumar was conspicuous by his absence. Uppadhyay said that the law and order situation in Masuri was under control now.

Junior police officers admitted that the attack was pre-planned. Days after riots broke out in Masuri, most of the Muslim men of the villages have fled fearing a backlash. An FIR against the rioters has been registered under several section of the Indian Penal Code.

"We have not been able to identify any of the culprits. The rioters targeted a police station. Six public persons have been killed. Thirteen police personnel have been injured and two of them are serious. Over 90 public and police vehicles were burnt by the mob," said the circle officer. 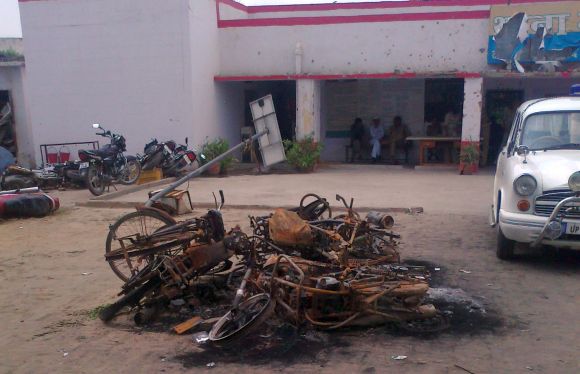 Rumours doing the rounds say that the police have prepared a list of around 400 locals who will be picked up soon. But senior police officers have asked people not to press the panic button and not be misled by such information being spread by vested interests.

Police claimed that there was no evidence whatsoever that the Quran was desecrated.

"We were taken unaware of mob violence on the police station. We had no information on it. Violence began at 6.30pm and it continued till 9pm on September 14. We took time to mobilise the Rapid Action Force and additional police units. Once we got additional force, we moved in swiftly and imposed curfew which was relaxed for five hours on Monday," A P Singh, Station House Officer Masuri told rediff.com.