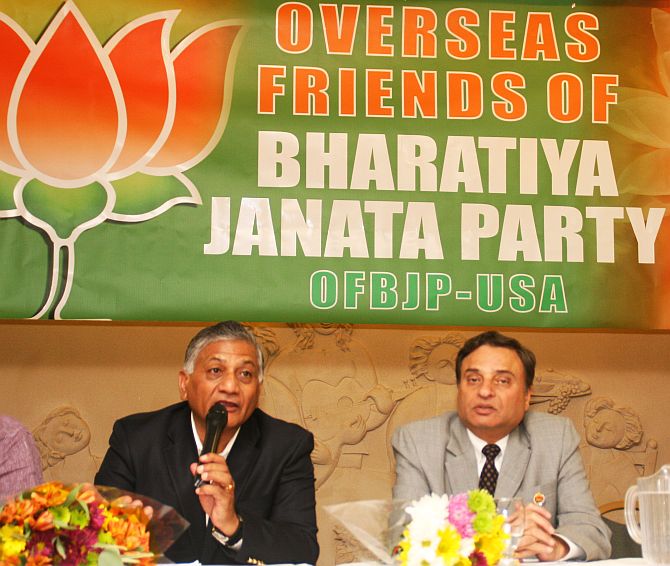 A likely indicator came when the retired general spoke at an event hosted by the Overseas Friends of Bharatiya Janata Party in New Jersey last Friday.

The OFBJP is the BJP's associate in the United States.

Targeting the Congress-led United Progressive Alliance, General Singh told the OFBJP event: 'If it (the BJP) wants to be different, it has to create its image as such.'

'I do not belong to any political party, but I am ready to work with people who put the Nation First and who want to do good to the country.'

General Singh -- who had an uneasy relationship with the UPA government during his tenure as army chief -- has been spoken of as a BJP-supported candidate against a member of the First Family, likely Congress President Sonia Gandhi if she indeed contests the next general election from Rae Bareli.

But Sonia could retire from electoral politics next year, and the general may well confront the formidable Priyanka Vadra in the Pehela Parivar's Lok Sabha bastion.

'To clean the Ganga, one needs to get into the dirt first' 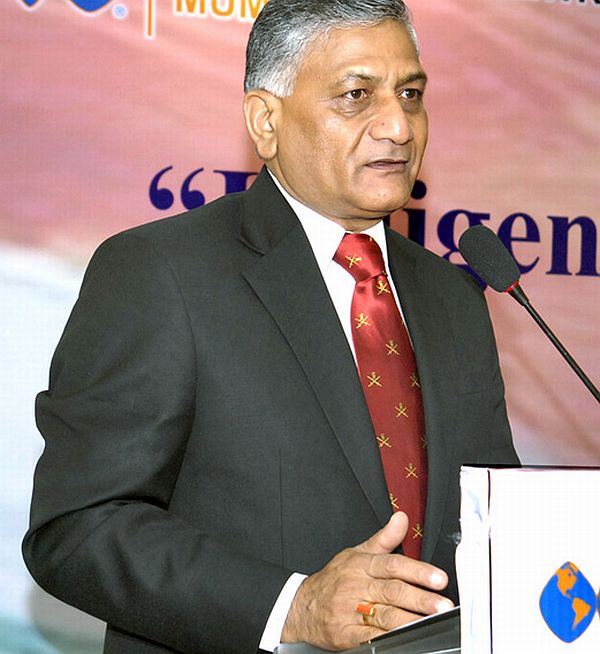 After he retired from the army, General Singh has joined the ranks of India's crusaders against corruption -- both he and Kisan Baburao 'Anna' Hazare were the star attractions at the India Day parade in New York city on August 18.

'We in India expect God to change things,' General Singh told the OFBJP event, 'but change will not happen until we come together. Political parties have been exploiting people; there are no people representatives, but only party representatives.'

'Change will happen only when we enlighten people. Good people should be brought to power.'

'Three qualities are needed in candidates contesting elections -- no criminal background, capability and love for the nation,' the general said.

'Ninety percent of people in India are good and we need to find these capable people to bring about the change.'

'We all have a bigger role to play to bring about this change and undo the bad that has happened after Independence,' General Singh added.

'Until good people are in power, change will not happen. The country cannot be run by slogans or waving flags, but it is run by selfless service. Until this happens, India will not rise.'

Later, responding to a question from the audience, the general dropped a possible hint of his intentions.

When asked whether entering politics was necessary to clean the system, he said: 'To clean the Ganga, one needs to get into the dirt first.'