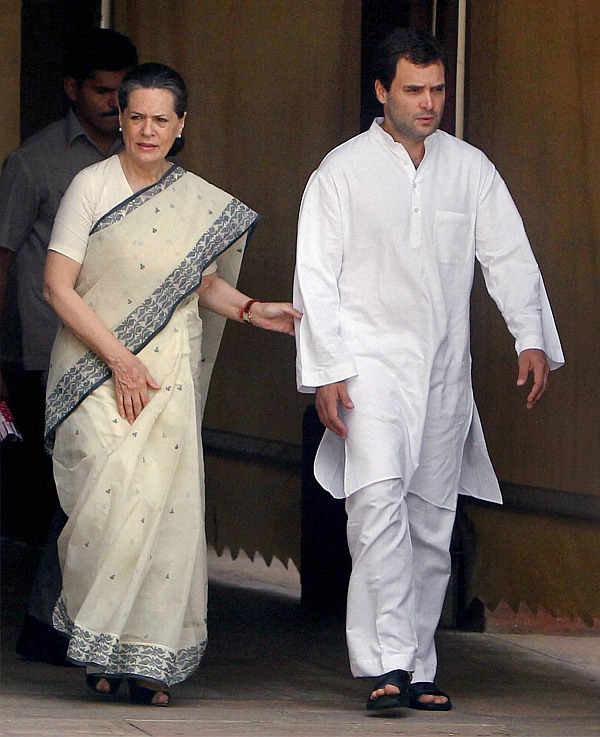 Congress cadres are lamenting that Sonia Gandhi abdicated her authority to vice president Rahul Gandhi, who, in turn, “in his wisdom, abdicated his authority to non-political players”.

If growing voices of dissent in the Congress are any indication, party president Sonia Gandhi and vice president Rahul Gandhi seem to have lost grip over the organisation.

Addressing a meeting of the Congress Parliamentary Party last Saturday, Sonia had urged MPs not to bicker in public and instead communicate their feedback about the party’s strengths and weaknesses to her.

Despite the Congress president’s clear message to avoid public acrimony, the blame game in the party continues with Rahul emerging as the prime target of attack.

Discontentment in the Congress over its worst-ever electoral performance is so deep-seated and widespread that even the fear of punishment has not deterred partymen from speaking up.

“This is the first time that the party leadership has come in for such strong criticism so publicly,” a senior Congress functionary told rediff.com.

Under normal circumstances, a word from party president would be enough to ensure there was no public display of dissent; but not any more. 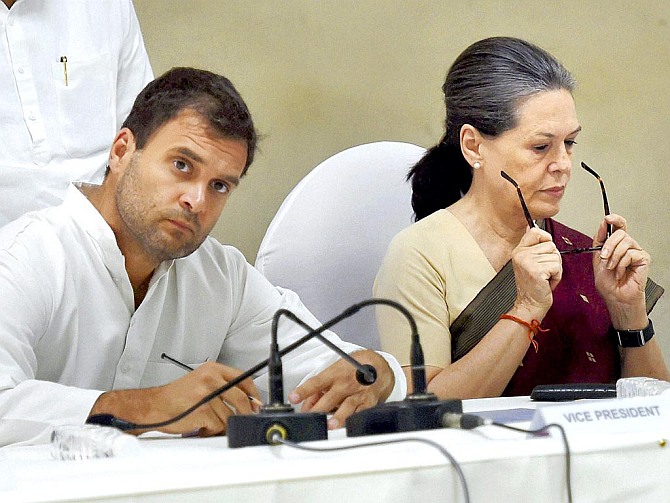 A day after the Congress suspended senior party leader from Kerala, T H Mustafa for calling Rahul a “joker,”  it was the turn of Rajasthan leader Bhanwar Lal Sharma to criticise the party’s First family.

Using strong and harsh language, Sharma actually said the unthinkable by suggesting that the time had come for the party to think beyond Rahul and Priyanka Vadra.

Lashing out at Rahul two days ago, Kerala leader Mustafa said, "Rahul behaved like a joker and that's the reason why the Congress suffered a major reversal in the Lok Sabha polls. The role of a prime minister is not child's play and the people knew it and handed out the worst defeat to the Congress party.”

Stating that Rahul should take responsibility and quit, Mustafa had demanded that Priyanka Gandhi should be made new president of the party. 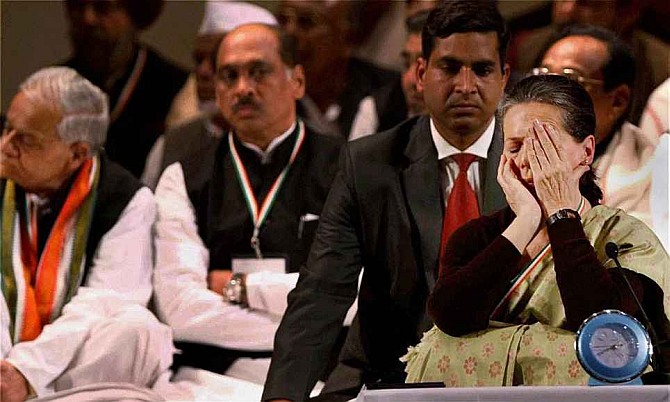 While targeting Rahul for the party’s electoral debacle, its cadres are lamenting that Sonia decided to abdicate her authority to the party vice president, who, in turn, “in his wisdom, abdicated his authority to non-political players.”

“The problem is that those running the show imposed the wrong remedy and, even worse, they applied the remedy to those who did not suffer from a disease,” an angry Congress leader told rediff.com.

With Rahul failing to deliver a victory for the party, a section in the Congress wants Sonia to play a more-proactive role in the organisation.

Stating that her credibility still remains unquestioned, these leaders would like Sonia to send out an unambiguous signal that she is in charge.

“After all, she is still the party president. She can no longer afford to be a sleeping president… she has to be a working president now,” said a senior Congress leader, adding that even if Rahul Gandhi is taking decisions, these should be seen to be taken by her.

“Unfortunately, she allowed herself to become a pliable instrument in these elections,” he added. 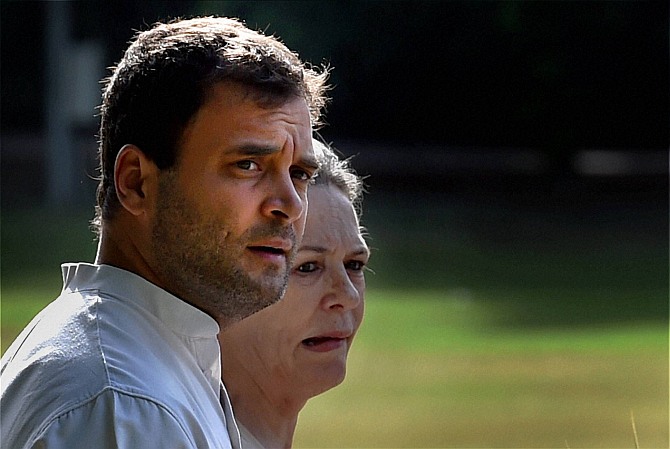 However, there is a clear division in the Congress over Sonia and Rahul’s future roles.

While some are openly rooting for Sonia to lift the sagging morale of the rank and file, there are others who would like Rahul to step up his engagement in the party.

“Rahul must take on the leadership of the parliamentary party. After all, he is the future face of the party,” a senior Congress leader pointed out, stating that if Rahul Gandhi does not take charge now, it will end up strengthening the public perception that he is “running away from responsibility and is not confident about taking on the Modi government.”

While the debate over the leadership issue rages on, Congress cadres are not confident about the party’s ability to reinvent itself and pose a serious challenge to the Bharatiya Janata Party-led National Democratic Alliance government.

“We are still to recover from the shock. It is early days to talk about the party’s revival at present,” said a former Congress minister.

In fact, there is a deep-seated fear with the party down to its lowest tally, it will not be in any position to take advantage of the anti-incumbency against the Modi government when it does set in.

The Congress has attempted to play the role of an effective opposition in the past few days when it raised the issue of new Human Resource Development Minister Smriti Irani’s educational qualifications and the discrepancies in her affidavits but its attack has not made much impact.

“For the moment, the honeymoon period is on,” said a glum-faced Congress functionary, stating that given the NDA’s brute majority, the new government is all set for a smooth run in Parliament.