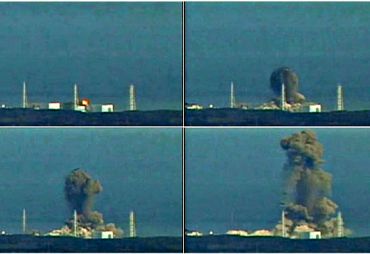 On Day 1 (March 12), they first dismissed it as a minor accident, which would be brought quickly under control by Japan's highly advanced nuclear industry.

On Day 2, when there was an explosion in Reactor 1 at the Fukushima Daiichi nuclear plant, which had been starved of coolant water, they called it "a purely chemical reaction and not a nuclear emergency as described by some sections of [the] media".

One of them even said, 'there is no nuclear accident or incident' in Japan.

"It is a well-planned emergency preparedness programme, which the nuclear operators company are carrying out to contain the residual heat after the plants had an automatic shutdown."

On Day 3, when the Japanese nuclear crisis irreversibly worsened, they maintained -- in the face of what the world was watching in utter horror and in real time -- that the crisis would be over soon.

Senior scientists are disconnected from reality 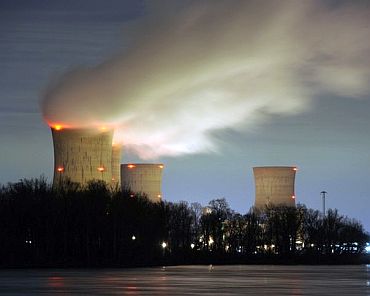 These gentlemen are our nuclear energy czars or nucleocrats, who have convinced themselves that they are omniscient and infallible.

The DAE bosses' statements only shows how disconnected they are from reality and how their dogma prevents them from acknowledging hard facts -- even when these take the form of explosions caused by the overheating of the Fukushima reactors due to a loss-of-coolant accident, and large releases of lethal radioactivity into the air.

The Fukushima reactors are now close to catastrophe, whose magnitude is way, way beyond the Three Mile Island disaster in the US in 1979. They are spewing out huge quantities of radiation, which could kill hundreds, even thousands of people, on a scale comparable to the Chernobyl nuclear meltdown in Ukraine 25 years ago.

The crisis is graver than Chernobyl 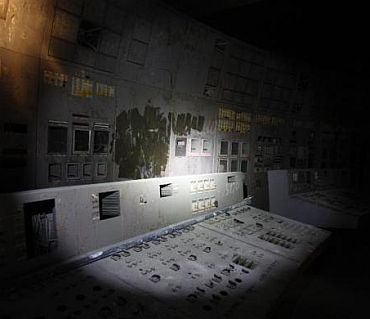 The global nuclear industry never fully recovered from Chernobyl. It is a sour coincidence and a terrible irony that its next crisis should come so close to the 25th anniversary of Chernobyl (April 26).

This crisis is in some ways far graver than that precipitated by Chernobyl.

The Ukraine disaster could be attributed to flawed designs and shoddy operating procedures in an industrially backward society. Fukushima cannot be.

Japan runs the world's third largest fleet of nuclear reactors (55), which supply a third of its electricity. A sixth of the global total of reactors is in Japan.

Japan is credited by the global nuclear industry with its best safety standards for nuclear reactors. 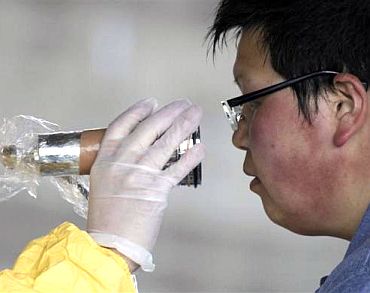 Japan, however, has had a troubled nuclear power generation programme with accidents including explosions, earthquake-induced breakdowns, crises in fast-breeders, and small radioactivity releases.

But never before has a nuclear accident in Japan approached the dimensions of a catastrophe.

That has now happened in a nuclear power station with six reactors designed by a US company, General Electric, and operated by one of the largest nuclear power companies in the developed world, Tokyo Electric Power Company.

When a world leader in an industry faces a meltdown, the whole global industry reels.

US nuclear industry has learnt its lessons 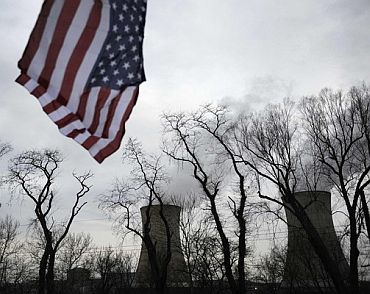 To understand the context of the Fukushima disaster, it is important to recall the effects of earlier crises.

It was already in trouble earlier, having not had a single new reactor order since 1973. Three Mile Island led to tighter safety regulations and further raised the already-high costs of reactors, and hence of nuclear power.

Wall Street has totally shunned the nuclear industry ever since.

President George W Bush's attempt 10 years ago to instigate a 'nuclear renaissance' in America by offering generous loan guarantees and other subsidies has proved largely futile. Not a single new reactor has been licensed in the US. 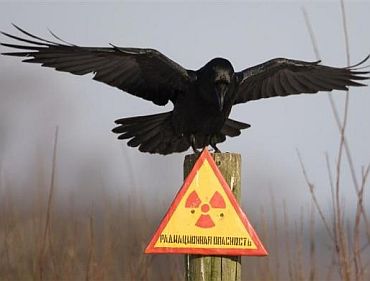 Then came Chernobyl, which dealt a body blow to the European nuclear industry.

The market's confidence in nuclear power generation, never very high, collapsed. No new reactor has been constructed in the last 25 years in Europe, as governments too have had to reckon with growing public opposition to nuclear power and its high demands on the exchequer.

The European industry is at best sputtering with a few nuclear projects. They are all in trouble, led by the European Pressurised Reactor developed by France's Areva, now under construction in Finland.

The EPR is 42 months behind schedule, 90 per cent over budget, and faces 3,000 safety questions from Finnish, British, US and even French nuclear regulators. If the project is abandoned because of high and rising costs, and a likely burden of up to Rs 5,000 per Finnish citizen amidst bitter litigation, it could spell the end of nuclear power expansion in Europe.

What caused the Fukushima crisis? 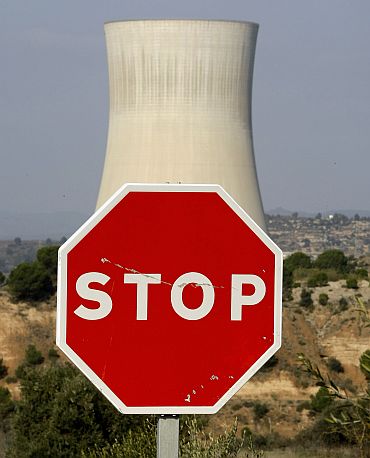 The Japanese disaster is so powerful and far-reaching that it could precipitate a terminal crisis for the global nuclear industry. Already, Switzerland has cancelled plans to build three reactors.

And Germany has revoked a recent decision to prolong the phase-out of nuclear power. Other countries are likely to follow.

Even France, which gets more than three-fourths of its electricity from nuclear reactors, has upgraded the level of the Fukushima crisis on the disaster scale.

What caused the Fukushima crisis? The earthquake shut down the three operating reactors, as designed, thereby cutting off the power with which to cool the reactors' still-hot cores.

As designed, the back-up diesel generators also cut in, but an hour later, cut out, for as-yet-unknown reasons. The core, containing hundreds of tonnes of fuel, started heating up further. As water circulation stopped, more than half the core was exposed in Reactors 3 and 1, and all of the core in Reactor 2.

The three reactors all suffered a LOCA, with a potential for a partial or complete core meltdown. 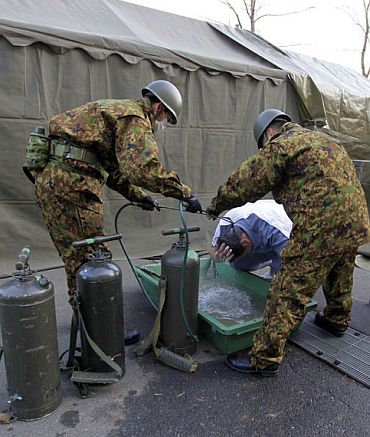 Soon, unspecified quantities of radiation were released. A helicopter detected radiation from Daiichi 100 km away.

Of particular significance in the fallout are Iodine-131 (which gets concentrated in the thyroid, causing cancer), and Caesium-137 (which is similar to potassium and gets easily absorbed in human tissues).

The crisis holds a number of lessons for India as it embarks on a massive nuclear power expansion programme, which will double and then further triple India's nuclear power capacity.

First, nuclear power generation is inherently hazardous. It is the only form of energy production that can lead to a catastrophic accident with long-time health damage and environmental contamination.

Human error or a natural calamity can trigger a catastrophe -- but only because reactors are themselves vulnerable. 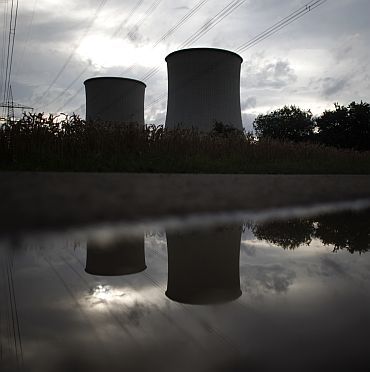 Reactors are high-pressure high-temperature systems in which a high-energy fission chain-reaction is only just controlled.

Nuclear reactors are both systemically complex, and internally, tightly coupled. A fault or malfunction in one sub-system gets quickly transmitted to others and gets magnified till the whole system goes into crisis mode.

Second, nuclear power involves radiation exposure at all stages of the so-called 'nuclear fuel cycle', from uranium mining and fuel fabrication, to reactor operation and maintenance, to routine emissions, and spent-fuel handling, storage and reprocessing.

Nuclear reactors leave a toxic trail of high-level radioactive wastes. These remain hazardous for thousands of years. The half-life of plutonium-239, which is produced by fission, is 24,400 years.

We have copied US and Canadian design 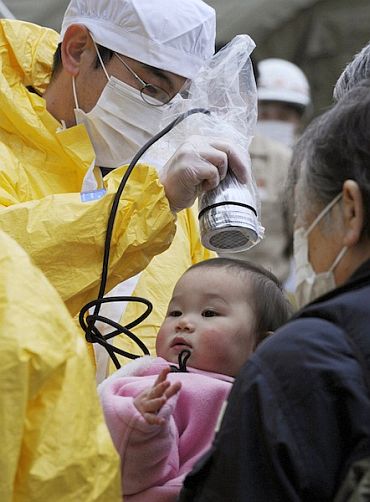 Science knows no way of safely storing nuclear wastes for long periods, let alone neutralising them or disposing of them.
Third, India has no independent authority that can evolve safety standards and regulate reactors for safety.

The Atomic Energy Regulatory Board is dependent for its budget, equipment and personnel on the DAE and reports to the chairman of the Atomic Energy Commission, who is also the DAE's secretary.

Over all the four decades since the Tarapur reactors were installed, the DAE has merely implemented or copied US and Canadian designs, with minimal modifications.

Finally, after the Japan crisis, nuclear safety has become paramount.

It must take precedence over all else.

It would be downright unethical to sacrifice safety in order to please an industry that has failed the world and to pamper a domestic technocratic elite that considers itself infallible, omniscient and above the public interest. 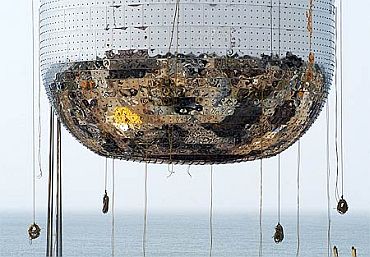 The DAE must be made to discard the hubristic 'it-can't-happen-here' approach and introspect into India's nuclear safety record, with embarrassing failures like a 1993 fire at the Narora reactor, the Kaiga containment dome collapse, frequent cases of radiation over-exposure at numerous sites, unsafe heavy-water transportation, and terrible health effects near the Jaduguda uranium mines and the Rajasthan reactors.

What's urgently needed is an independent, credible safety audit of India's nuclear programme, in which people outside the DAE participate, pending a radical review of India's half-baked plans to rush into nuclear power expansion.

To begin with, there must be an immediate moratorium on further reactor construction, including controversial untested models like Areva's European Pressurised Reactor that India is planning to install at Jaitapur in Maharashtra.