It's official! Fukushima at par with Chernobyl 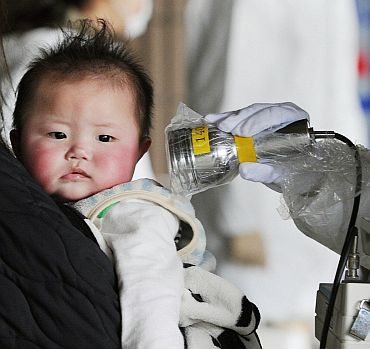 Japan has decided to raise the severity level of the crisis at its tsunami-crippled Fukushima Daiichi nuclear power plant to the maximum seven on an international scale from the current status of five.

The Nuclear and Industry Safety Agency under the Ministry of Economy, Trade and Industry said the Japanese government decided to raise the level to the highest 7 on the International Nuclear Event Scale, which has so far only been applied to the 1986 Chernobyl catastrophe, Kyodo and NHK World reported citing official sources.

Japan's chief cabinet secretary Yukio Edano confirmed the development. The Nuclear and Industrial Safety Agency would announce the details at a press conference, he added. 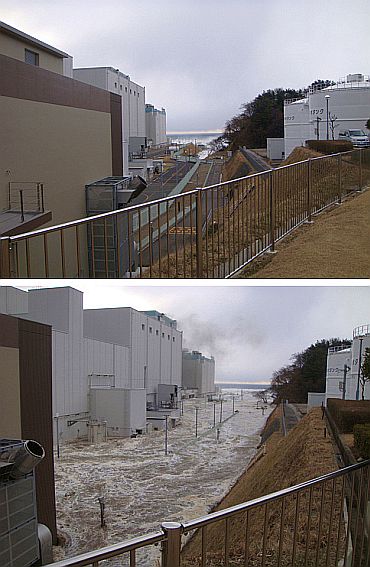 The government's decision is based on a preliminary calculation by the Nuclear Safety Commission of Japan that estimated that the plant was venting as much as 10,000 terabecquerels of radioactive iodine-131 into the atmosphere every hour at one point.

The Fukushima Daiichi nuclear plant was badly hit by the March 11 earthquake and tsunami that rocked Japan.

The installation has been leaking radiation despite efforts to cool and stabilise its reactors. 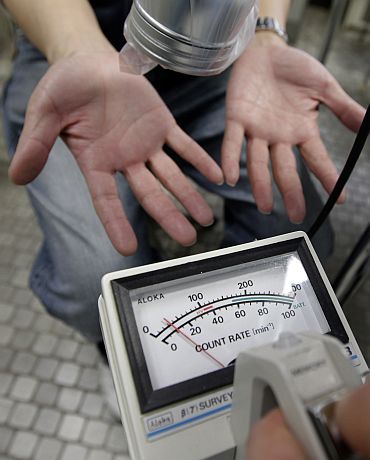 One terabecquerel is equivalent to 1 trillion becquerels, the agency said, although it now estimates the nuclear plant is releasing less than 1 terabecquerel per hour.

The agency also said radiation beyond the amount considered safe for humans during a full year had been detected up to 37 miles northwest of the plant and 24 miles to the southwest, well beyond the 18-mile exclusion zone the government has imposed around the nuclear plant.

On Monday, the government indicated that it plans to expand the evacuation zone in some areas that are found to have high levels of radiation. The authorities also intend to impose a law banning people from entering the no-go district around the plant to deter residents from returning to their homes to try to salvage their possessions. 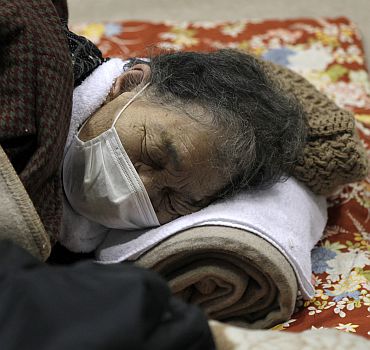 The nuclear safety agency used the International Nuclear and Radiological Event Scale, or INES, to gauge the level.

The scale was designed by an international group of experts to indicate the significance of nuclear events with ratings of 0 to 7.

On March 18, one week after the massive quake, the agency declared the Fukushima trouble a level 5 incident, the same as the accident at Three Mile Island in the United States in 1979.

Until now, Level 7 has only been applied to the Chernobyl accident in the former Soviet Union in 1986 when hundreds of thousands of terabecquerels of radioactive iodine-131 were released into the air. 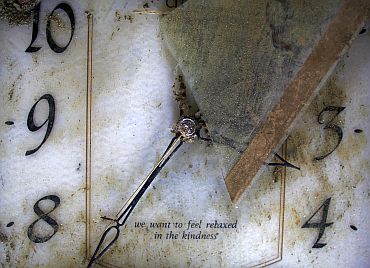 The meltdown at Chernobyl in the then Soviet Union spewed a large volume of toxic radiation, poisoning large areas of land and affecting thousands of lives.

Tepco is using emergency equipment to cool reactors damaged at the atomic station after backup generators were knocked out by the tsunami.

The utility is trying to remove highly contaminated water that's holding up efforts to get the cooling pumps working and prevent further explosions after blasts damaged reactor containment vessels, releasing radiation into the air and sea and tainting food.

Monday's earthquake halted the pumping of contaminated water from the No. 2 reactor, Tepco said. 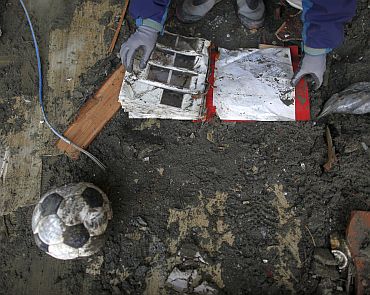 Earlier today, the nuclear power plant operator said workers discovered a small fire near a reactor building at the Fukushima Dai-ichi complex but it was extinguished quickly.

Tepco said the fire, which broke out at a box that contains batteries in a building near the No 4 reactor, was put out seven minutes later.

It wasn't clear whether the fire was related to a magnitude-6.3 earthquake that shook the Tokyo area on Tuesday morning.

About 60,000 metric tons of contaminated water lies in the basements of turbine buildings and trenches around the No. 1, 2 and 3 reactors, the company said last week.