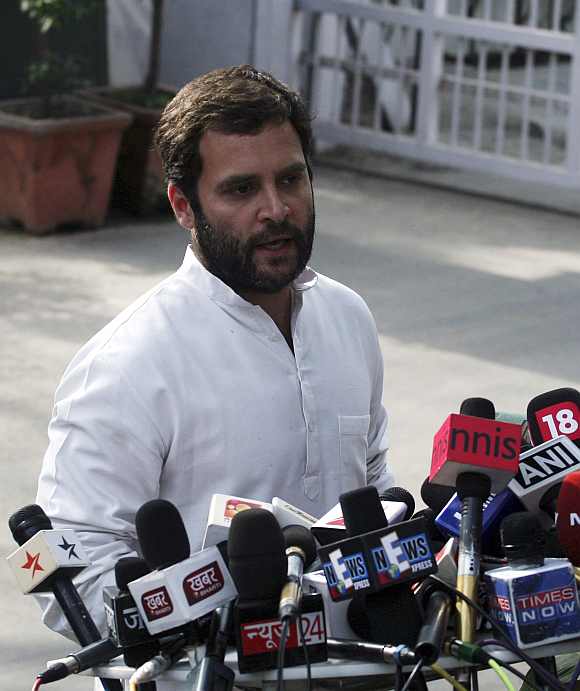 Rahul Gandhi always left crowds happy. Talking to people he addressed after his rallies, always left the impression that people were impressed by him.

But then, asks Shivam Vij, what went wrong?

In the 2009 general election, Rahul Gandhi earned perhaps the first laurel of his political career by proving the critics wrong. He said no to allying with the Samajwadi Party and the Congress won 21 Lok Sabha seats. Since then, the Congress revival in UP has been taken for granted in many corners.

Some pundits were predicting as many as 100 seats for the Congress this election. This speculation had a good basis: Rahul Gandhi always left crowds happy. Talking to people he addressed after his rallies, always left the impression that people were impressed by him.

The rise in vote share despite the poor seat performance is proof for the rising appreciation of the Congress' efforts to regain relevance in state politics. But then, what went wrong? 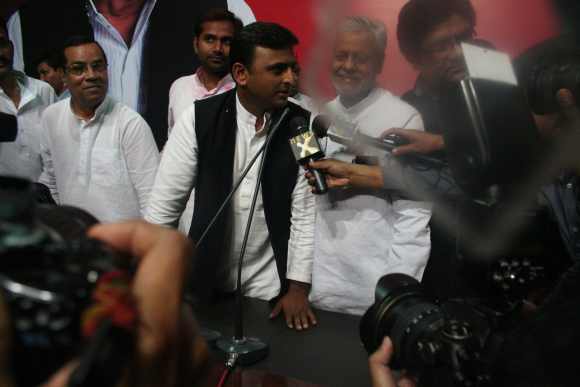 Firstly, no voter takes you seriously unless you take yourself seriously. Voters like to vote for the winner. Voters don't want to waste their vote. This is a thumb rule.

Against this reality, what was Rahul Gandhi's pitch in the hundreds of rallies he addressed? Rahul Gandhi said he's in UP for the long haul even if the electorate doesn't give him too many seats. He said he won't ally with any party after the results.

Both statements clearly reflected that Gandhi himself didn't believe the Congress was 'in the race'. I'm a long distance runner, he said, and the voters responded by saying okay, we'll see you when you get there.

In short, there could be no Congress 'hawa' because Rahul Gandhi deflated it himself. Rahul Gandhi is right that there was an SP wave that didn't leave room for Congress.

But the SP wave was there because voters asked themselves, which party looks like it is in a position to replace the Bahujan Samaj Party?

The SP leadership staked that claim, and Rahul Gandhi foolishly said in his speeches, not this time.

Unlike the SP, the Congress started late in UP 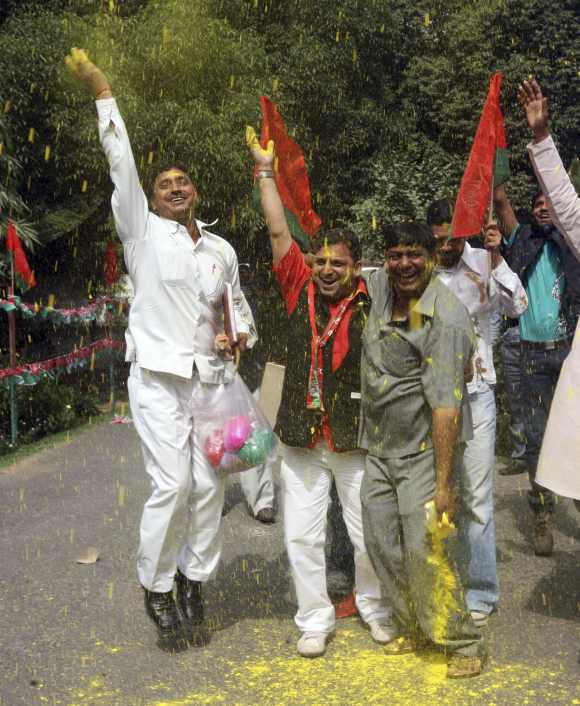 The Congress had ample time to prepare for this election. The SP had been at it for two years now, just as the BSP had worked hard on the ground since 2005 to win in 2007.

The Congress, however, started late in UP. They were late with ticket distribution, not giving their candidates the time to work on preparing a base in their constituencies.

While late ticket distribution is not a problem with parties that have an existing caste base and cadre structure, like the SP and the BSP, it is not a luxury that the Congress can afford.

The Congress' strategies around caste were impeccable -- copying the Nitish Kumar formula of focussing on a number of micro-castes that feel left out from the big caste formations is spot on.

However, the decisions came too close to the election for them to be taken seriously. These decisions included sub-quota for OBC Muslims, loan waiver for saree weavers and giving a high number of tickets to OBCs and MBCs.

It could be speculated that immediately after 2009, the Congress became complacent and thought the election was far away. Rahul Gandhi in his speech admitted that his party's organisation and fundamentals in UP are weak.

The question is, he has been working at strengthening them since 2007. Why has he not been able to do it for five years now?

The UPA-2's endless disasters hurt the Congress' credibility in UP 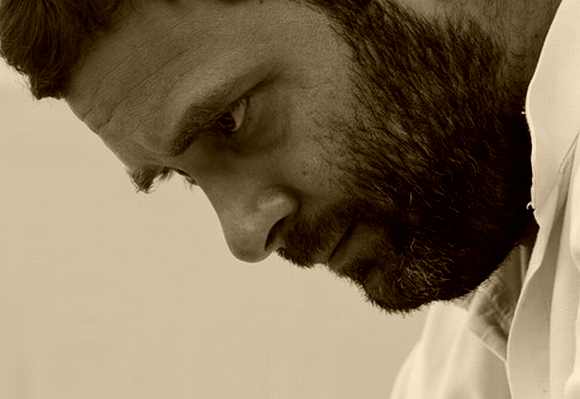 3. The UPA's poor performance at the Centre

In his speeches Rahul Gandhi counted his party's achievements at the Centre. However, you could see he didn't have too many to count. He spoke of NREGA and farm loan waiver and aam aadmi, but hey, why are you repeating the speech you made in the 2009 Lok Sabha campaign?

That's because he did not have much to say about what his party has achieved at the Centre since 2009. He only mentioned Right to Food in passing, because he realised people know the proof of the pudding is in the eating.

To the lack of achievements, add corruption, inflation and Anna Hazare. While Anna Hazare was a marginal factor, with or without the Lokpal movement, the UPA government is pretty discredited.

Voters also lay the blame for inflation at the central government's door, and rightly so.

The UPA-2's endless disasters, in short, hurt the Congress' credibility in the UP assembly election despite Rahul Gandhi's charismatic and well-received speeches. 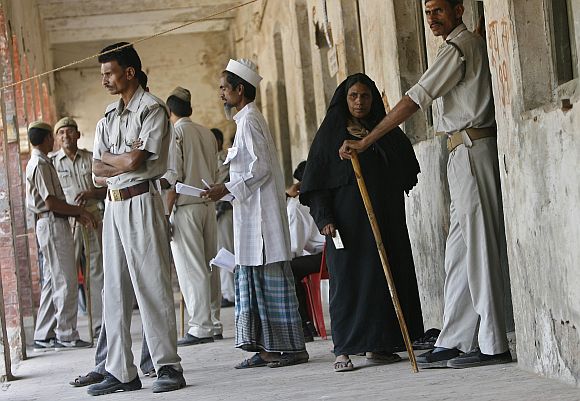 So Rahul Gandhi, who always said he was not into caste politics, played the game of caste politics openly and without hesitation. It wasn't just the ticket distribution to MBCs, OBCs and lower caste Muslims.

In his speeches at places he also named communities whose guardian angel he wants to become. The Congress' caste formula was said to be copying Nitish Kumar's -- get the non-Jatav Dalit who feels overwhelmed by Mayawati's Jatavs, get the MBCs and the micro-castes.

However, Nitish Kumar worked on bringing such communities into his party's fold over years and not just before an election.

More importantly, Nitish Kumar created leadership of these communities and assimilated them in his party. Key amongst such leaders was the backward Muslims' Ali Anwar.

The Congress, for all its efforts at the low caste Muslim vote, had no Ali Anwar with whom it could give the impression that it is serious about giving representation to low caste Muslims.

Instead, the Congress' Muslim faces were all Ashrafiya or upper caste, be it the recently-poached-from-SP Rasheed Alvi or the old can-win-no-election Salman Khurshid.

The Congress did get Beni Prasad Verma, a spent force, to win some Kurmi votes, but again, too close to the election.

Shivam Vij is a journalist based in Delhi. He is a fellow with the Pulitzer Centre for Crisis Reporting, Washington DC.

Please click NEXT to see the best Election Day features...

TOP stories on the Election Verdict