Let us not expend our energies and waste our time pleading with the Pakistan government, an entity that is either helpless or not helpful. Let us focus on fortifying our internal security: a proposition totally under our control, says Vivek Gumaste

Finesse it by describing it as diplomatic checkmate that calls Pakistan's bluff leaving it no excuse to drag its feet or lambast it as an example of India's limitless gullibility. Either way India's decision announced on the sidelines of the NAM meet in Teheran, to allow a second visit to Mumbai by a Pakistani judicial commission to hasten the trial of the masterminds of 26/11 in a Rawalpindi court is an exercise in futility; a non-starter and a road that leads to nowhere; an anti-terror gambit that must be evaluated in light of the unfolding terror network in India.

The 26/11 trial in Pakistan with all its shenanigans is a grand deceptive charade; one that plays to the tune of a terror network, answers to domestic compulsions and is meant to assuage an international audience without serving India's interest; a microcosm of Pakistan's devious game plan vis-a-vis terrorism in India.

Pakistan's obfuscatory tactics were in full display in the aftermath of the Assam imbroglio when India confronted Pakistan with evidence that clearly implicated Pakistan based sites in the internet-mediated plot to create mayhem in India. As per Home Secretary R K Singh a total of 76 sites were identified, most of them originating in Pakistan.

'Pak govt cannot or will not rein in the terror apparatus' 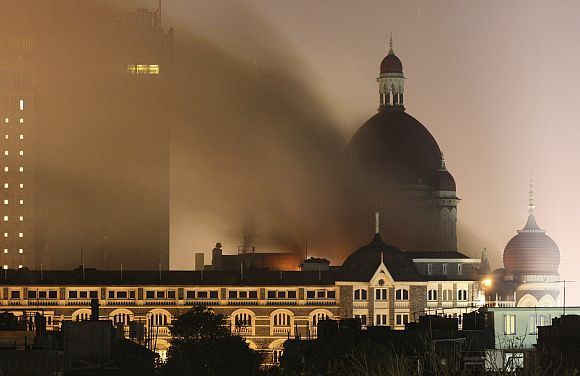 Expectedly Pakistan dismissed the charges as 'cooked up', and artfully reversed the allegation with a patronising admonition: "Instead of indulging in mud-slinging and blame game, it's time for India to address its internal issues."

We can amass tons of irrefutable evidence proving Pakistan's complicity in destabilising India. We can continue to lodge umpteen numbers of protests and supply Pakistan with ream loads of documented substantiation.

We have already gone through these motions with regard to the 26/11 terror attacks in the last four years. Nothing is going to change. The Pakistani government cannot or will not rein in the terror apparatus.

And even if the Pakistan government does convict the ringleaders of 26/11 it is not going to dry up the wellspring of terror directed at India. Therefore in pursuing such a course of action we are tilting at windmills and barking up the wrong tree.

'Panacea to our terror problem lies within our own borders' 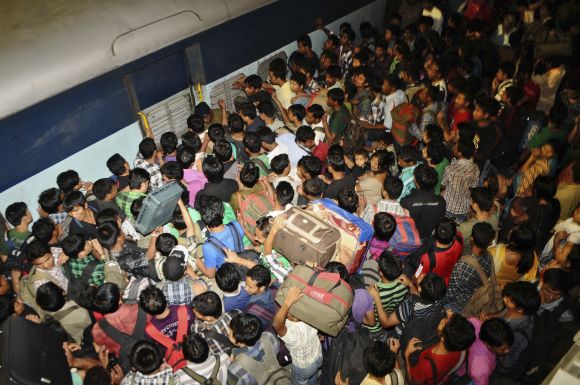 The panacea to our problem of terror lies to a great degree within our own borders. Pakistan's blatantly dishonest riposte to India's charge vis-a-vis the abuse of social networking sites inadvertently contained an element of truth: reference to the 'internal' issue or rather the internal component that functions as the final link in the execution of Pakistan's India-centric misdeeds.

It doesn't take an individual with an astronomical intelligence quotient to infer that 26/11 would not have been feasible without local accomplices. So is the case with the innumerable terrorist bombings.

Let us be clear about one thing and confront the reality without the namby-pamby of political correctness: the presence of a definite fifth column within the Muslim community that is bent on disturbing our peace and destroying our pluralistic tenets with help from our nemesis, Pakistan

The majority of Muslims are law-abiding patriotic citizens. To hold an entire community culpable for the acts of a few misguided delinquents among their fold militates against all logic and smacks of bigotry. We cannot. But neither can we afford to move to the far end of this ideological spectrum by invoking political correctness and religious sensibilities to feign ignorance and mute our anti-terror drive.

The internet- mediated targeting of north-easterners further confirms the workings of Quislings in our midst. Pakistanis may have been guilty of posting doctored images and fabricated information. But who downloaded these images and brandished them to incite human passions locally? Who was responsible for identifying north-easterners, flooding them with threatening SMSes and assaulting them? Not Pakistanis but their minions on this side of the border who are vital to Pakistan's nefarious activities.

Confirming this, Bengaluru police reported the arrest of three men, Anees Pasha, Tahseen Nawaz, and Shahid Salman Khan in connection with this malicious misinformation plot. According to preliminary investigations one of the accused forwarded morphed pictures and incendiary messages to 20,000 people using multiple SIM cards and cell phones.

'Let us focus on fortifying our internal security' 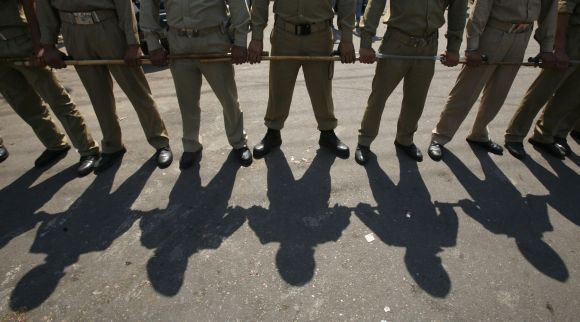 The truth of home grown terrorists working in tandem with Pakistani elements came home again on August 30, when Indian security personnel cracked a terror module owing allegiance to Lashkar-e-Tayiba and Harkat-ul-Jihadi-Islami that had cells spread out across the country, in Hyderabad, Bengaluru and in Nanded with possibly more to be identified.

The mission of this terror module was to create widespread fear at the national and state level by killing politicians and journalists perceived as being anti-Islamic; a misleading euphemism for anyone rightfully standing up for the Hindu cause.

Unfortunately some in the mainstream media too resort to this deliberate misinterpretation to verbally silence those writers with discordant views.

Among those arrested in Bengaluru was 26-year-old Muthi-ur-Rehman Siddiqui, a journalist with a prominent English daily, and Ejaz Mohammed Mirza, a junior engineer in Defence Research Development Organisation: a chilling testimony to the reach of terror into our defence establishments and its attempt to infiltrate the media to identify and snuff out dissenting voices; in other words a direct assault on our democracy.

Four years of tranquility post 26/11 has made us complacent but this spate of arrests is a reminder that the scourge of terrorism persists and is getting ready to descend upon us in a new avatar with greater reach, increased depth and an altered modus operandi of instilling fear at the individual level.

Let us not expend our energies and waste our time pleading with the Pakistan government, an entity that is either helpless or not helpful.

Let us focus on fortifying our internal security: a proposition totally under our control. Weeding out the Quislings in our midst will reduce Pakistan's shenanigans to nothing more than a pantomime: effete gestures with no physical effect akin to a music director with no orchestra.