FBI arrests man for planning to blow up Pentagon 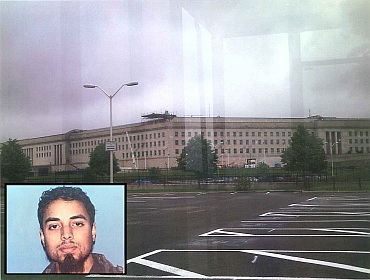 United States authorities have arrested a suspected follower of al Qaeda and charged him with plotting an attack on the Pentagon with an explosive laden remote controlled aircraft.

Rezwan Ferdaus, a 26-year-old US citizen, was also charged with attempting to provide material support and resources to a foreign terrorist organisation, specifically to al Qaeda, in order to carry out attacks on US soldiers stationed overseas, the Justice Department said on Thursday.

He was arrested in Framingham, Massachusetts. The public was never in danger from the explosive devices, which were controlled by undercover Federal Bureau of Investigation employees, an official statement said.

According to an affidavit, in recorded conversations with the cooperating witness that began in January 2011, Ferdaus stated that he planned to attack the Pentagon using aircraft similar to "small drone airplanes" filled with explosives and guided by GPS equipment.

In April 2011, Ferdaus expanded his plan to include an attack on the US Capitol. In May and June 2011, Ferdaus delivered two thumb drives to the under covers, which contained detailed attack plans with step-by-step instructions as to how he planned to attack the Pentagon and Capitol.

The plans included using three remote controlled aircraft and six people, including himself whom he described as an "amir", ie, an Arabic term meaning leader.

A Northeastern University graduate with a degree in physics, he began planning to commit a violent "jihad" against the US in early 2010, according to the affidavit.

Ferdaus obtained mobile phones, each of which he modified to act as an electrical switch for an IED. He then supplied the phones to FBI UCs, who he believed to be members of, or recruiters for, al Qaeda.

According to the affidavit, Ferdaus believed that the devices would be used to kill American soldiers overseas. During a June 2011 meeting, he appeared gratified when he was told that his first phone detonation device had killed three US soldiers and injured four or five others in Iraq.

'There is no other choice for me' 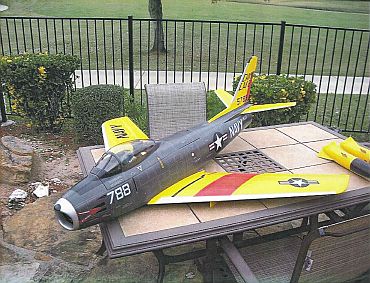 Ferdaus responded, "That was exactly what I wanted." During various recorded meetings, Ferdaus envisioned causing a large "psychological" impact by killing Americans, including women and children, who he referred to as "enemies of Allah."

According to the affidavit, Ferdaus' desire to attack the US is so strong that he confided, "I just can't stop; there is no other choice for me."

In May 2011, Ferdaus travelled from Boston to Washington, conducted surveillance and took photographs of his targets (Pentagon and Capitol), and identified and photographed  sites at the East Potomac Park from which he planned to launch his aircraft filled with explosives.

Upon his return, Ferdaus told the UC that "more stuff had to be done," that his plan needed to be expanded, and that he had decided to couple his "aerial assault" plan with a "ground directive."

Ferdaus indicated that his ground assault plan would involve the use of six people, armed with automatic firearms and divided into two teams.

Ferdaus described his expanded attack as follows: ...with this aerial assault, we can effectively eliminate key locations of the P-building then we can add to it in order to take out everything else and leave one area only as a squeeze where the individuals will be isolated, they'll be vulnerable and we can dominate.

Once isolated, Ferdaus planned to "open up on them" and "keep firing" to create "chaos" and "take out" everyone. He also provided the expanded plan to the UC on a thumb drive.

The affidavit said between May and September 2011, Ferdaus researched, ordered and acquired the necessary components for his attack plans, including one remote controlled aircraft (F-86 Sabre).

The accused had even made a training video 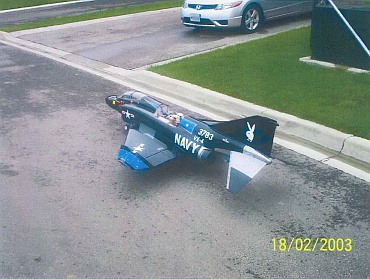 On Thursday morning prior to his arrest, Ferdaus received from the UCs 25 pounds of (what he believed to be) C-4 explosives, six fully-automatic AK-47 assault rifles (machine guns) and grenades.

In June 2011, Ferdaus rented a storage facility in Framingham, Massachutes, under a false name, to use to build his attack planes and maintain all his equipment.

According to the affidavit, it was in August 2011, the F-86 remote controlled aircraft was delivered to the Framingham storage facility.

He delivered a total of eight detonation devices to the UCs over the course of the investigation, which he built with the intention that they be used by al Qaeda operatives overseas to kill US soldiers.

On September 20, 2011 Ferdaus made a training video, which he provided to the UCs, demonstrating how to make "cell phone detonators," the Justice Department said.

According to the affidavit, at Thursday's meeting the UCs allowed Ferdaus to inspect the explosives and firearms (a quantity of C-4 explosives, three grenades, and six fully-automatic AK-47 assault rifles) that the UCs delivered, and that Ferdaus had requested for his attack plan.

After inspecting the components, Ferdaus brought them to his storage unit, took possession of the explosives and firearms, and locked them in his storage unit. Ferdaus was then immediately arrested.