The sting, Operation Blue Virus, claims to have exposed about two dozen little known IT firms across the country, which in the garb of providing reputation management services on social media, also offer fake fan following and posting defamatory content using IP addresses of others by hacking into them.

"An undercover operation by Cobrapost exposes how IT companies across the country are using social media platforms such as Facebook, Twitter and YouTube to help politicians artificially boost their popularity and malign their opponents," Cobrapost Editor Aniruddha Bahal told a press conference.

The website said it has uncovered about two dozen such firms, which are running this "shady" online reputation management business offering clients fake fan-following on Facebook and Twitter and are doing negative publicity against a political leader or a party, or a corporate house, at the behest of their opposite camp, all for money. Bahal said Cobrapost Associate Editor Syed Masroor Hasan approached over two dozen IT companies asking them that his master (referred to as Netaji) wants to launch a campaign on social media before coming assembly elections and his rival's reputation has to be destroyed with negative publicity.

All the firms that Hasan visited offered to create a fan following (not necessarily genuine) on Facebook and Twitter, in lakhs to destroy the reputation of a political opponent of the politician, Hasan was supposedly representing, with negative publicity, Bahal claimed.

"Operation Blue Virus also reveals BJP is leading from the front in its social media campaign, if the claims of the companies exposed are to be believed. So is its Prime Ministerial candidate Narendra Modi, with scores of companies working overtime for him," Cobrapost said in a release.

When asked about the reasons behind the name of only Gujarat Chief Minister Narendra Modi figuring in conversations and not that of any other politician, Bahal said that his name cropped up in around 5-6 of the total stings that were conducted.

"Lots of people asked me if we are targeting certain people. We are not doing that. It is not a fishing expedition also. But, we believe that if somebody is doing it than we should come out with it. There is no guarantee that these firms are not working for any other party," he told reporters. 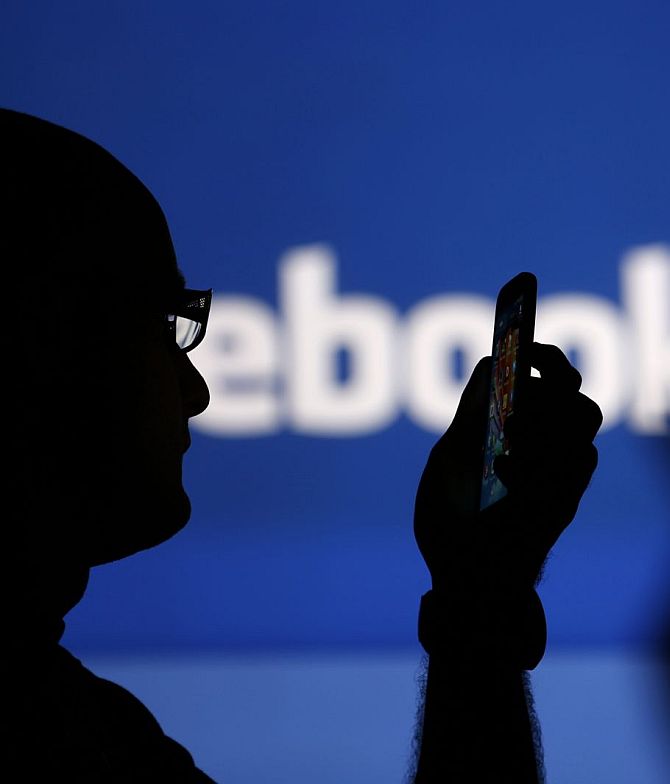 The services that these companies offered Hasan include generating fake following by creating fake profiles or buying likes from the community of netizens, create a good fan following on Twitter, by buying packages of followers and deleting negative comments.

They would post negative content online from countries like the US or Korea, to avoid detection of its source, use assembled computers for negative campaign and destroy them after the project is over and use proxy codes in a way that their locations change every hour, making detection difficult.

These firm also claimed to create fake profiles of Muslims to engage Muslims and change their views about Netaji and his party and offered to make the promotional videos go viral on YouTube, Bahal said.

Many of these malpractices violate various laws, such as the Information Technology Act 2000, the Representation of the People Act 1951 and the Income Tax Act 1961, and are as such punishable under various sections of the Indian Penal Code, Bahal said.