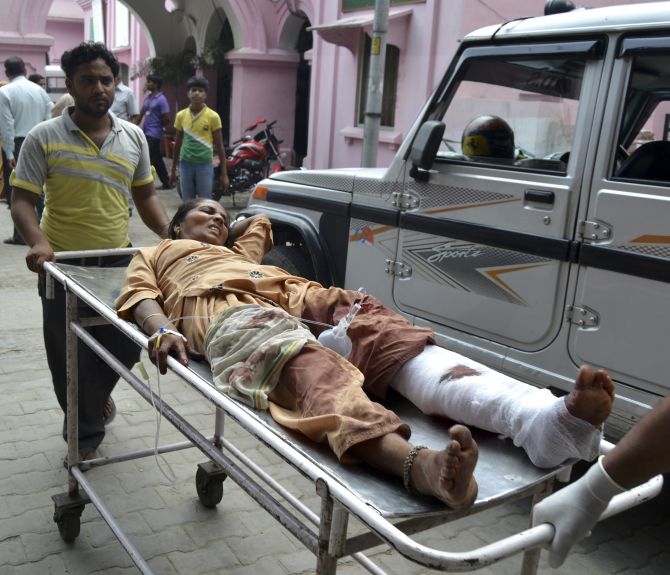 Image: A woman who was injured in communal clashes is rushed to a hospital in Muzaffarnagar on Wednesday.
Photographs: Reuters Anita Katyal in New Delhi

Even before the situation in Western Uttar Pradesh’s Muzaffarnagar district spiraled out of control, Union Minorities Minister K Rahman Khan said he had written several letters to the Ministry of Home Affairs, drawing its attention to the communal build-up in the state.

Speaking with Anita Katyal, Khan said the violence witnessed in Muzaffarnagar was not an isolated incident, stating that his ministry had been getting feedback about communal tensions building up in the Samajwadi Party-ruled state.

“Over the past year or so, there have been at least 25 to 30 incidents of communal violence…some small and some big. But none of them spiraled out of control like the situation in Muzaffarnagar,” Khan said, adding that he had written to the home ministry with inputs his ministry had received about these incidents. 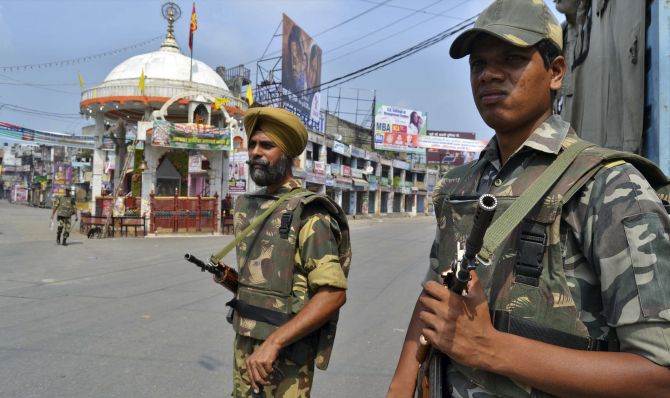 “Since law and order is a state subject and the role of my ministry is limited, I wrote several letters to the MHA over the past couple of months, drawing its attention to the growing communal tension in Uttar Pradesh,” the minister said.

Concerned about the safety of minorities in the riot-hit areas of Muzzafarnagar district, Rahman Khan said he had asked the National Commission of Minorities to send a team to the affected regions to assess the situation and recommend measures to restore communal peace and harmony.

“I will take up the matter with the respective authorities once the commission submits its report,” the minister added.

Rahman Khan was the first member of the United Progressive Alliance government to blame the Bharatiya Janata Party and Samajwadi Party for the communal flare-up in the country’s most populous state and demanded that the Centre should issue necessary directions to the state government under Article 355 to bring the situation under control.

'They are playing with the lives of people for votes' 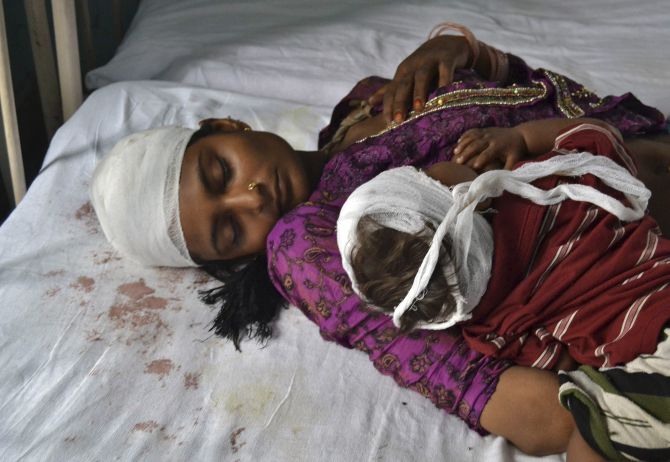 Image: A woman and her child, who were injured in communal clashes, rest on a hospital bed in Muzaffarnagar.
Photographs: Reuters

This was even before the Congress slammed the Akhilesh Yadav-led government for failing to contain the escalating violence in the riot-hit areas of Western UP.

The minister has since met Prime Minister Manmohan Singh and asked him to direct the Uttar Pradesh government to take all possible steps to ensure the safety of Muslims in Muzaffarnagar and adjoining areas who are being forced to abandon their villages for fear of violence.

While the UPA government has been cautious in its comments on the UP government's role in controlling the riots, Rahman Khan did not shy away from blaming some political parties for stoking communal passions for electoral gains.

“It is clear that this is the design of certain political parties who want to win elections by polarising the electorate… they are playing with the lives of people for votes,” Rahman Khan remarked, stating there is a fear that this process of polarisation could get worse as elections draw close.

“People are saying there is a political design in the manner in which the violence was allowed to get out of control,” Rahman Khan maintained. 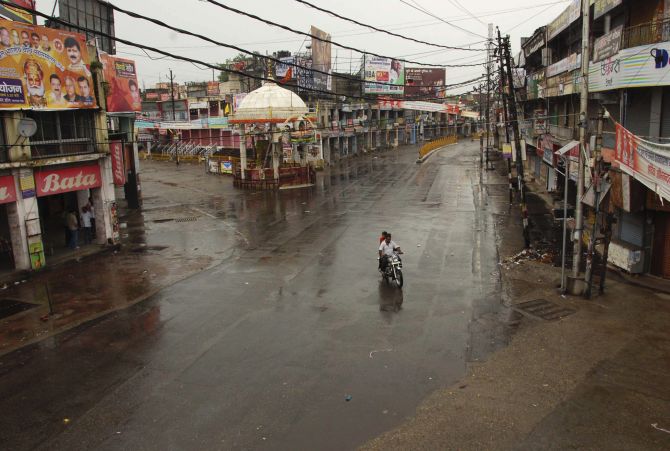 Image: A man rides his motorbike on a deserted street during a curfew in Muzaffarnagar.
Photographs: Reuters

The minister blamed the UP government for not being alert and taking preventive steps to avert the riots.

Rahman Khan said it was obvious that the state government had failed to control the situation, pointing out that Azam Khan, a minister in the UP government, had said so publicly.

The situation in Muzaffarnagar did not flare up suddenly, Rahman Khan said, adding there were sufficient warning signs that tensions between the two communities was building up.

“Even the Centre had alerted the state government … despite this, the Akhilesh Yadav government failed to prevent the tensions from escalating,” the minister said.

'People have seen through this game' 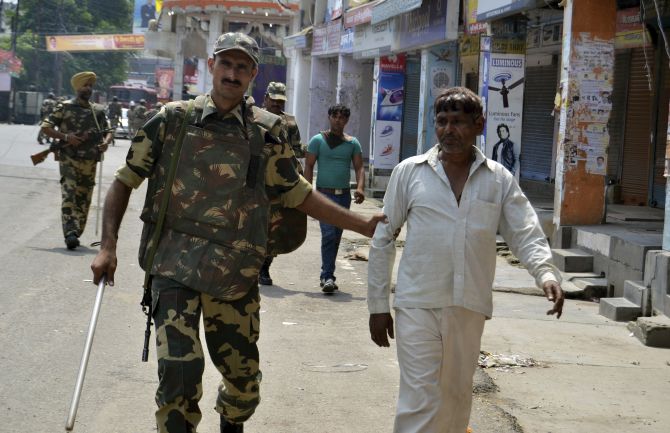 The minister admitted that there are fears that interested parties were attempting to whip up communal passions as witnessed in northern India during the 1990s when the Bharatiya Janata Party launched its Ram Mandir movement.

“There is such a fear, but people have seen through this game and will not allow tensions to flare up,” Rahman Khan said.

“The Centre is monitoring developments in the state, the prime minister is also worried about the situation and has been in touch with the UP chief minister," the minority affairs minister said.

“Imposition of President’s rule is a long drawn out process," he said, "but the Centre can issue necessary directions to the state government under Article 355 to take effective steps for the restoration of communal peace.”

The minister agreed that the report sent by UP Governor B L Joshi to the Centre mentioned that law and order in the state had broken down, but added that it did not recommend the imposition of President’s rule.