Dream for a new party dashed with Reddy's arrest 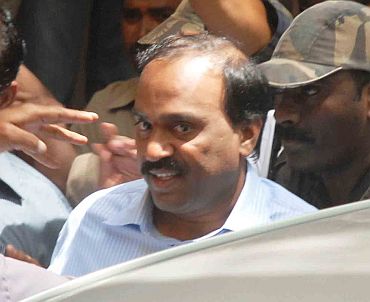 The dream run for Janardhan Reddy has come to an end with his arrest by the Central Bureau of Investigation on Monday. However, the big question that is being asked is were these raids a long shot at the rising prospects of Jagan Mohan Reddy, the son of the late Andhra Pradesh Chief Minister Dr Y Rajasekara Reddy? Reports Vicky Nanjappa

Jagan may have yelled at the media stating that he has no links with Janardhan Reddy, but no one is really ready to believe that statement, since there have been many instances in the past to show that the two Reddys are closely associated.

In the political circles it is being said that the move by Janardhan Reddy aide B Sriramulu to quit the Karnataka legislative assembly was not a simple one.

Although he had claimed that he was hurt by his name being mentioned in the illegal mining report put out by the Lokayukta, the real reason was something else and it was just a beginning of things to come. 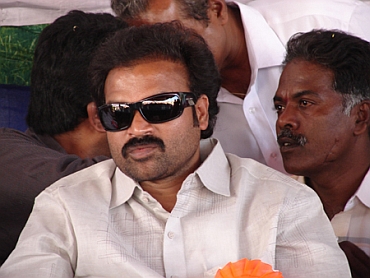 The idea was that B Sriramulu would come out of the assembly first and then the Bharatiya Janata Party before floating a regional party in Karnataka. Once this was to be done, then the Reddys were to join him and be part of a separate political outfit in Karnataka.

While they had intended to maintain a status quo, they were still waiting for a signal from Jagan Mohan Reddy and as the elections inched closer, the Bellary Reddys would join hands with Jagan and contest the elections.

The idea was to capitalise on the areas in the Andhra-Karnataka border which would only make Jagan stronger in Andhra Pradesh.

Now what this arrest has done is that it has put the Bellary Reddys completely on the backfoot. Political observers say that at the moment they would stick to the BJP and not come out of the party. 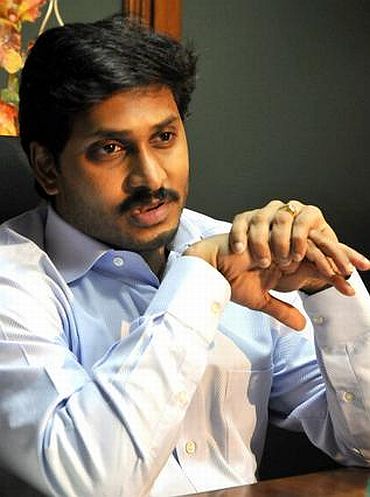 "They had gone too far and had taken on both the Congress and the BJP and hence find themselves all alone today. Worse, they openly supported Jagan which only made the entire case weaker," observers feel.

Janardhan Reddy had once said that YSR was like his father and Jagan his own brother. Many even wondered at that time how a minister in the BJP cabinet in Karnataka could speak so fondly of two persons who were very much part and parcel of the Congress at that time.

Political observers say that it is the idea of floating this new party and merging with Jagan which has ticked the Congress off. There are already a series of raids on Jagan in Andhra Pradesh again by the CBI and which has put him on the back foot.

Although he hit back at the Congress by pulling a dozen MLAs in AP recently, he has not really threatened the government as such.

It seems taking into consideration the current circumstances, their long term plan to launch a strong regional outfit has gone down the drain for the time being.

Cong has kept away one threat at least 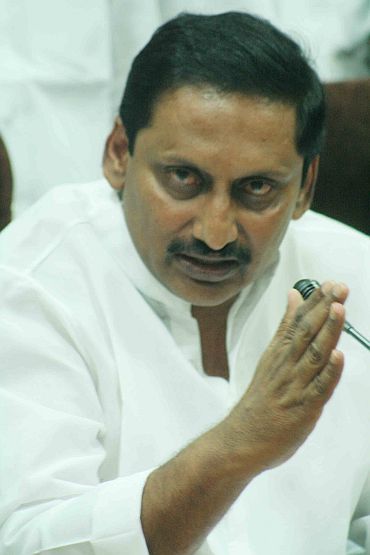 The strategy by the Congress is clear. They are desperate to retain Andhra Pradesh and would do anything to attain their goal.

After the death of YSR, the party has only faced major problems in AP -- first, the Telangana issue and now the rebellion by Jagan.

Over the past couple of months the Congress realised that Jagan was eating into their vote share in Andhra and Rayalseema and they had become more than certain that they would lose that belt.

Moreover, there was a growing insecurity within the Congress and the party could not afford to lose out on its MLAs. Many of their MLAs were tilting towards Jagan and the Congress needed to act fast in order to stop this.

The best way to do this was to destabilise Jagan and the numerous raids were expected to do the trick for them.

The Congress also sensed that his association with the Reddy brothers would also prove fatal. The Reddys are capable of building a huge vote share for Jagan at least in the border areas and the money power was another factor that had worried the Congress.

With the arrest of Reddy they have managed to keep away one threat at least.

CBI raids have worked well for whoever wanted to take advantage 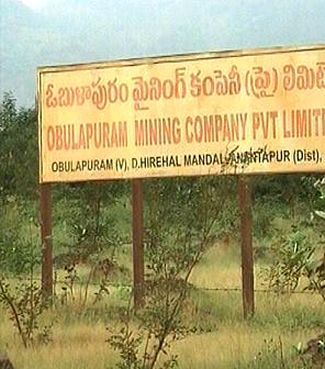 The CBI may, however, find it difficult to prove any association between Jagan Mohan Reddy and the Obulapuram Mining Company owned by the Reddy brothers.

The only two associations that one can find is the mining lease that was granted by Y S Rajasekara Reddy when he was chief minister. Moreover, the then minister for mines, who facilitated this entire process, is now with the Jagan camp. Other than this there is no record at least for the moment to show that Jagan has a role in the OMC.

The other association that can be found between the Bellary Reddys and Jagan is with regard to the setting up of the Brahmini Steel plant.

It was being planned that the plant would be set it up at Kakinada and both Janardhan Reddy and Jagan Reddy were to be partners. However, that plan fizzled out following the death of YSR.

In the days to come the problems for both Jagan and the Bellary Reddys are likely to rise. The Reddy brothers are desperate today and will try and cling on to anyone who is politically strong.

They have rubbed a large part of the BJP on the wrong side and it is evident that they are not the best of friends with the Congress either.

Their biggest source of support in the BJP, Leader of Opposition Sushma Swaraj, has washed her hands off the Reddys and have even in the past blamed Arun Jaitley for bringing them into the Karnataka cabinet.

Their last ray of hope was Jagan Reddy, who, unfortunately for them, will try his best to distance himself from the Reddy brothers.

His reactions in New Delhi were very clear. A usually calm and composed Jagan was seen losing his temper when reporters asked him about their association with Janardhan Reddy.

To cut a long story short, the CBI raids on Janardhan Reddy have worked well for whoever wanted to take advantage of it.

A future plan to start off a new political outfit and make it a force to reckon with has gone down the drain since the Reddy brothers would take all possible help from the BJP to keep their ship afloat. However, at the moment, all the focus is on getting Janardhan Reddy out of jail at the earliest.