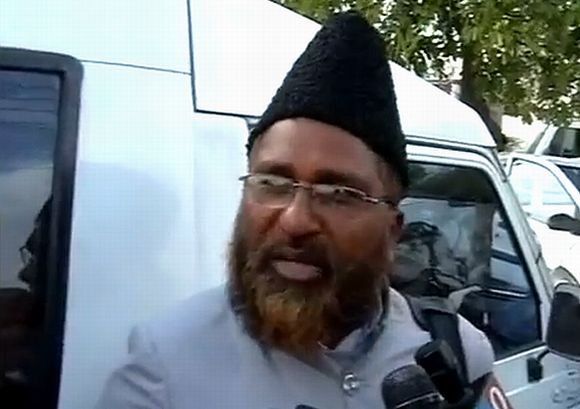 High drama was witnessed at the Team Anna core committee meeting in Noida on Sunday with the group expelling one of its members Mufti Shameem Kazmi for allegedly recording its proceedings even as he claimed that he quit the movement as it was turning anti-Muslim.

Kazmi stormed out of the meeting attended by Anna Hazare on Sunday afternoon and announced his resignation to the media outside the venue, alleging that the movement was turning "anti-Muslim" and there was no place for him in it.

He alleged that some of the prominent activists like Arvind Kejriwal and Manish Sisodia were running the show on their own like "authoritarians". "I was the lone Muslim member in Team Anna core committee and I am out of it now. They don't want Muslims in it," he said. 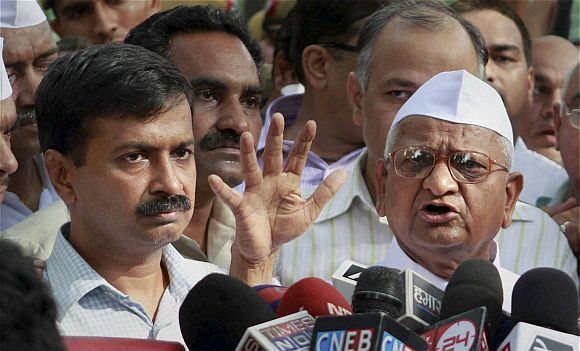 However, soon after his outburst, Team Anna members Kumar Vishwas and Shazia Ilmi alleged that Kazmi was ousted from the group as he was "found audio-recording" the proceedings on his mobile phone.

Team Anna sources said he was "secretly" recording the proceedings and when he was asked why he was doing it, he suddenly got up and left.

The sources said they believed that he was sending the audio to some journalists. "It was a breach of trust. Team Anna has asked him to stay away," Ilmi and Vishwas said.

On his part, Kazmi alleged that Kejriwal was acting as an authoritarian. "I have been with the movement since its beginning. Anna is a good man. Kejriwal and Sisodia were using Anna Hazare for their own purpose," Kazmi claimed. 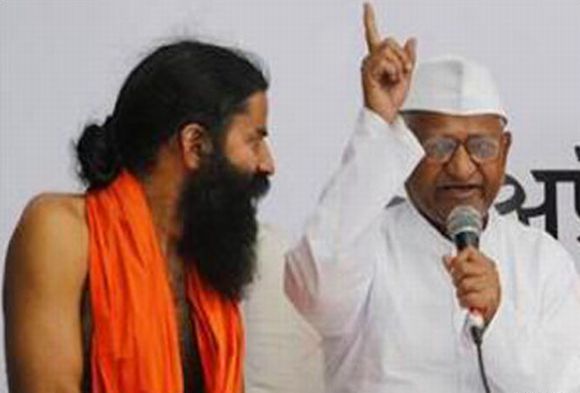 The meeting was held against the backdrop of Team Anna expressing disagreement over the way in which Hazare was "forced" to address a press meet along with Ramdev after both had discussions on Friday.

Asked whether he was miffed with Team Anna's association with Ramdev, Kazmi said he was not against taking the support of the yoga guru. "I don't have any problems with Ramdev. But Kejriwal and Sisodia do not want him because if he is on board, then they will lose their importance. They don't want this to happen," he alleged.

Earlier, Swami Agnivesh had to leave Team Anna after a video clipping purportedly showed him talking against Hazare.

Agnivesh was in the eye of a storm soon after Hazare's 12-day hunger strike in August last year when an anonymous video showed the activist talking to an unidentified person and asking him to deal sternly with Team Anna.

Earlier, two activists P V Rajagopal and Rajinder Singh had quit the team due to differences over the way in which decisions were taken.