Dr Singh, you need to be seen, heard and FEARED 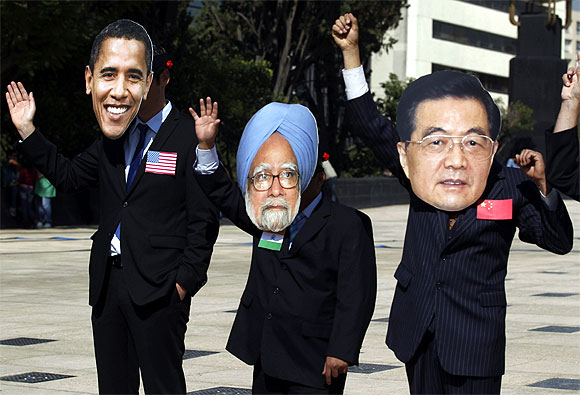 Dr Singh should explain his worries, concerns, hopes and determination to act to the people through the media, says B Raman.

All right-thinking people should be concerned over the growing negativism in India's public thinking.

This started in the wake of the various scams last year, exposing large-scale corruption and financial irregularities, and public impressions of favouritism in seeking to appoint wrong people to important posts such as that of the Chief Vigilance Commissioner.

It got aggravated by the shockingly insensitive manner in which the government and some of its senior ministers handled the public protest against corruption spearheaded by Anna Hazare and Baba Ramdev and by the government dragging its feet in pushing though the Lokpal Bill.

The public mood has further worsened due to the increasingly negative economic indicators related to inflation, GDP growth rate, industrial production, the value of the rupee etc.

The Chinese economy has also been going through a bad patch. Its GDP growth rate that used to record 10 per cent plus year after year for nearly a decade has reached a three-year low of around 8 per cent in the recent quarter. A number of internal disturbances due to economic factors such as public anger over arbitrary ways of acquiring land are increasing. The Chinese government and Communist Party are more worried about the dangers of internal instability due to economic factors than ever before.

'I have been a strong critic of the PM' 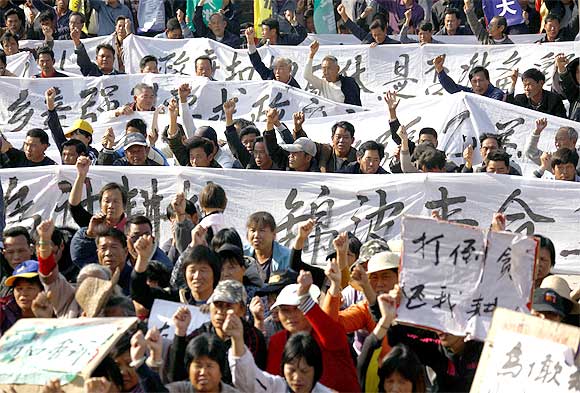 The negative mood prevalent in China doesn't get reflected in its controlled media but one can see signs of it in the debates going on in the rapidly growing community of netizens.

Foreign opinion-makers -- who have their own agenda against India due to factors such as our prime minister's political weaknesses and constraints that come in the way of his pushing ahead with economic reforms -- have been wittingly or unwittingly adding to the negative mood by the way they project our prime minister as indecisive, an underachiever and a political non-entity.

There is a vicious circle of the criticism and negative projection of the prime minister by domestic and foreign analysts. As a result, the PM finds himself being relentlessly stoned by his critics at home as well as abroad.

I have been a strong critic of the prime minister and his weak style of leadership. I have also been an equally strong critic of his failure or reluctance to impose his authority on those around him. His reluctance or inability or both to lead from the front and take effective charge of the ship has added to the negative mood.

It is important for the prime minister to realise that ONLY HE and nobody else can arrest this spreading negativism. This calls for policy initiatives, decision initiatives and strong activism and leadership assertion.

His leadership is unfelt, unseen 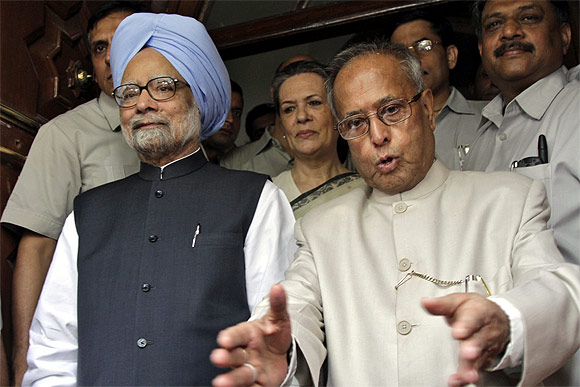 Initiatives are urgently required in matters such as action against corruption, control of inflation, pushing through urgently needed economic reforms and repeatedly engaging with the public instead of continuing to disengage from them.

The prime minister continues to lead from inside a well instead of from the deck of the ship of the Indian State.

His leadership is unfelt, unseen. His voice is feeble and unheard. His senior advisers, who are defensive in the face of increasing public criticism, are letting him down by failing to vigorously counter the negative mood.

They seem to be thinking: When the prime minister is reluctant to assert himself, why should we do so and stick our neck out?

Even some good initiatives taken by the government have not been properly projected to the public such as better handling of counter-terrorism, avoiding the worsening of relations with  Pakistan and reducing the trust deficit with China.

Even if these initiatives are properly projected to the public, that alone will not counter the negative public mood unless bread and butter issues are addressed head-on.

Low profile, non-assertive leadership will not instil confidence in the public.

I had said this before and I am saying it again. The starting point of the exercise towards leadership assertion has to be vigorous and sustained interactions with carefully selected sections of our media.

A media that is kept groping for answers to important questions of State policy can damage the image of the PM. That is what is happening now.

He should explain his worries, concerns, hopes and determination to act to the people through the media.

We need to see the PM more 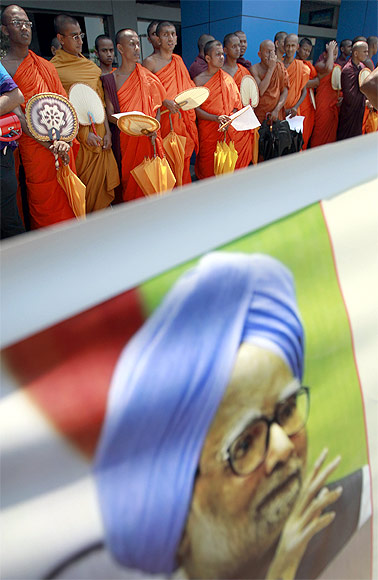 We need to see our prime minister as a picture of physical and intellectual vigour.

The exercise to use the media for a better projection of himself, his policies and his hopes and vision for the future has to be accompanied by an exercise to look for more opportunities to interact directly with the people.

The PM needs a team of imaginative, innovative, self-confident and positive-minded media advisers who will keep the media and through it the public informed of the policy and decision initiatives of the PM and his Cabinet.

It is time for the PM to let the word spread that HE MEANS BUSINESS.