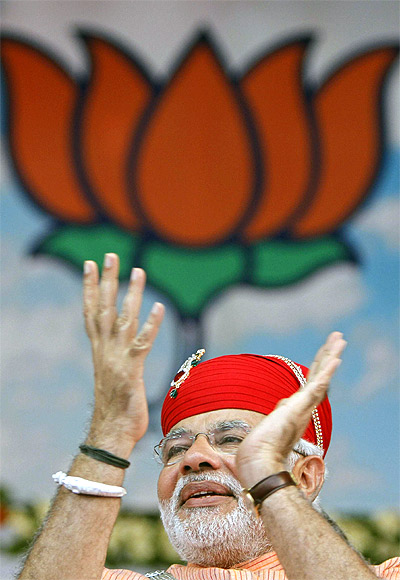 Congress leader Digvijay Singh on Saturday assailed Gujarat Chief Minister Narendra Modi's remarks and asked him not to "divide the nation" on the basis of religion.

In another tweet, he also took a jibe at the Sangh Parivar, saying, "Don't divide this Great Nation on the basis of religion which Savarkar and Jinnah did. They were the original authors of Two Nation theory."

'Let us resolve to fight' 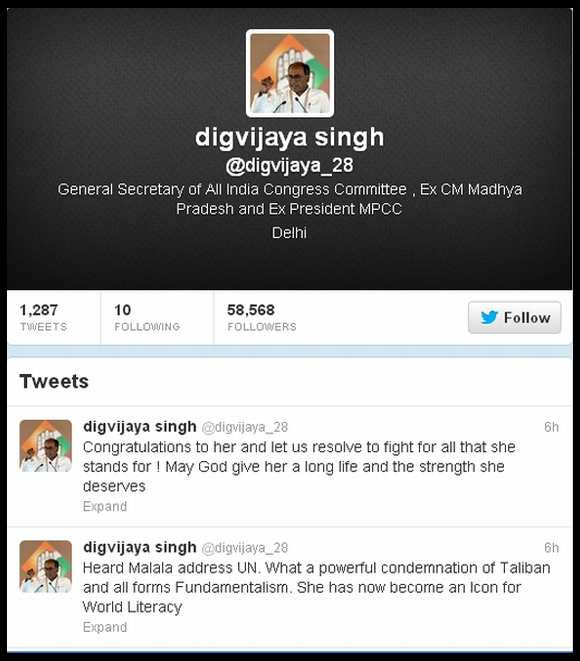 Hitting out at fundamentalism in all forms, he said in another tweet that he heard Pakistani teen activist Malala Yousafzai, who survived after being shot by the Taliban for supporting education for girls, addressing the United Nations.

"What a powerful condemnation of Taliban and all forms of fundamentalism. She has now become an Icon for World Literacy. Congratulations to her and let us resolve to fight for all that she stands for! May God give her a long life and the strength she deserves," the Congress general secretary said.

The tweets by Singh, a known detractor of the controversial Gujarat chief minister, came close on the heels of Modi's attempts to defend himself against allegations of inaction during the 2002 riots in Gujarat.

'I am a Hindu nationalist' 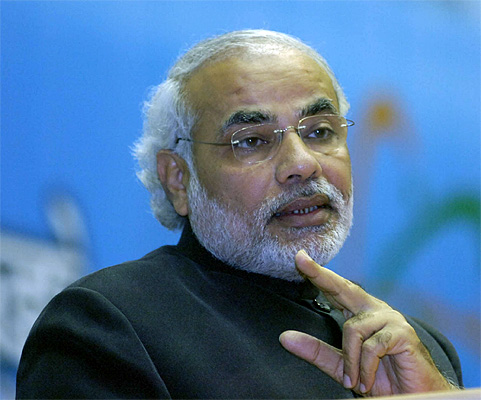 "Even If I am in the backseat of a car and a puppy comes under the wheels, isn't it painful? It is. Whether I am a chief minister or not, I am a human being. I will be sad if something bad happens anywhere," Modi was quoted as saying in an interview.

The Gujarat chief minister said he had done "absolutely the right thing" during the 2002 riots and his government had used its "full strength" to set things in order.