'We were made to feel unwanted and unwelcome' 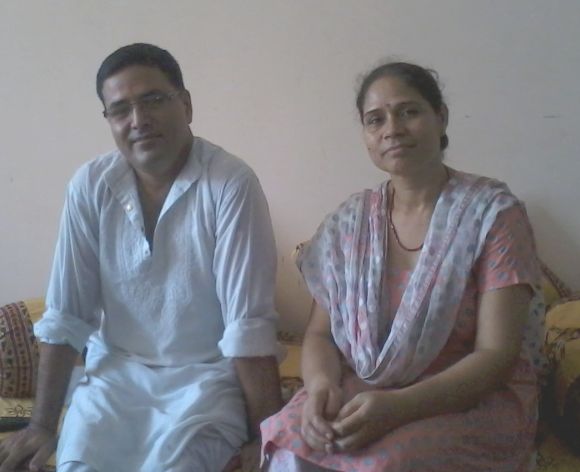 Many of the young Kashmiri Pandits argue that it is quite difficult to go back to the Valley, but for different reasons from their parents': there aren't enough opportunities there. Priyanka finds out what the community thinks in the aftermath of the interlocutors reports on the troubled state

The recent interlocutors report on Jammu and Kashmir does not give a roadmap on how to get the Kahmiri Pandits back to their homes in the Valley, and this has left the Pandit community in Delhi fuming.

In his early 40s now, Ajay Bharti remembers vividly the turmoil of 1989 in the state; he also remembers clearly the events leading to it.

As a young 20-something, he used to live with his extended family in Sopore. The family earned part from the 16 canals of land it owned, and part from the income of his father, a government employee.

He now remembers it as an era when a mere look at one's watch could get one beaten up.

"There used to be such a wave in those times, and everyone used to say that we are going to be merged with Pakistan now, and hence everyone should match the time of their watches according to Pakistan local time," he recalls.

It made it easy to find out which side of the argument one is on.

"If they found out that someone's watch is set according to IST, they used to beat up that person," he says.

He also remembers it as a period when elders and wellwishers asked the feisty college-goers to talk about accession and India-Pakistan in hush low voices.

"I never understood how talking about one's own country could make us targets of oppression," he says.

"At every step we were made to feel unwanted and unwelcome," he says. "And it started in a systematic way."

'What happened to us was forced displacement' 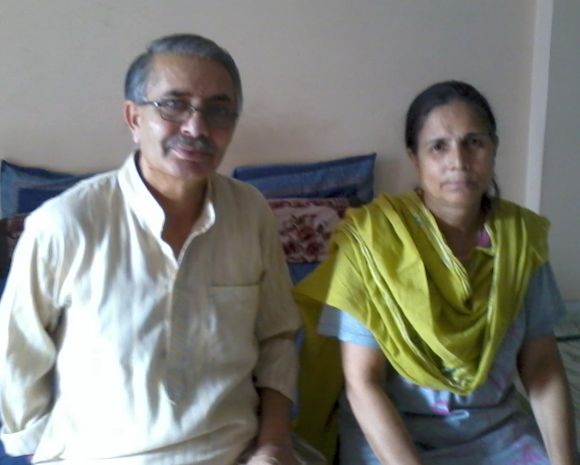 Bharti says the then state governments deliberated and manipulated the political discourse that eventually drove out the thriving and educated Kashmiri Pandits population.

A special law was passed; it was called 25-50 (pachees-pachaas), he begins to narrate.

"It meant that anyone who has been in service for more than 25 years, or is more than 50 years of age, must resign. Since we were in a slightly better position in government jobs, by default many of us were out of jobs soon," he says.

He further says that land from many Hindu families was forcefully taken and given away to poor farmers.

"Another law under the famous land reforms came up, which said that land will be taken from anyone who owns more than 100 canals of land, and will be given to the tillers."

The community was barely surviving the social boycott that followed, but as the events became violent and terror-infested, it became impossible to live together.

"There were selected killings, and about 700-800 people, mostly Hindus, were killed within a few months," Bharti explains. "It also became a matter of saving the honour of the women, as they targeted our women directly," he adds.

"We had lost faith in institutions as nobody came forward to help us. Thus, we had no other option," he says.

During 1989-90, thousands of Kahmiri Pandit families fled from the Valley and came to the Jammu region.

"We used to face many hardships at the refugee camps," Bharti recalls and adds, "So many died of snake bites and heat stroke."

Over the next few years, many Kashmiri Pandit families crossed over into Delhi.

"The only help we got from the government was that those in government jobs continued to get their salaries, and others were entitled to cash benefits," he says.

It's been a quiet struggle for most of the middle-class Kashmiri Pandit families, most of whom had to flee in haste, not knowing that they might never be able to come back to their homes.

Most of them rushed without clothing, utensils or papers, because they had assumed then that they would return when matters become peaceful and conducive for their return. As Bharti argues, that stage has not arrived as yet.

On a cold December morning of 1989 in Anantnag, it stuck as a bit of surprise when a schoolteacher heard from one of his former students that his name figured on the terrorists' hit list.

Pran Nath Matoo is now 64 years old and laughs off the incident, but the news had stumped him back then.

"One of my former students informed me that my name is fifth on the hit list, and they are going to kill me," says Matoo, who taught in a local government school.

Matoo, who had worked as a Rashtriya Swayamsevak Sangh worker, figured out that he had to run. He fled with his family of five, two young children, wife and mother.

The family soon exhausted the money they had, and Matoo took private tuitions to sustain the family. Luckily, they had a house in Jammu to live in.

Matoo recalls an incident as early as 1982. He was conducting a geography test and was asking students questions about the name of the state and the country.

He now says wide-eyed, "When I asked one student the name of our country, the boy answered: Pakistan. I was astounded," he says. "It had started bit by bit then."

Matoo is also a bit of a disciplinarian; probably out of his old teaching days. Strong and argumentative, he pounces at the term 'migration' of Kashmiri Pandits.

"What is migration?" he asks. "Migration is when one willfully goes to a suitable place. What happened to us was forced displacement."

'It was not a good feeling growing up as Kashmiri Pandits' 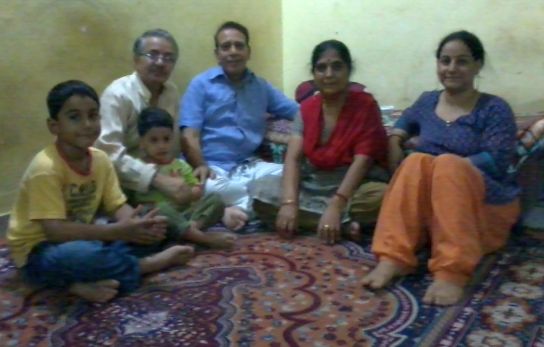 He now spends part of his time with his son, a banker in Delhi.

"You are talking about going back," he shot back, "Do you think the present generation would want to go back? What will they do there?" he asks.

Each family has tales to tell; their fleeing from homes, the struggle they had to undergo to start their lives from zilch.

A retired accounts officer from the defence ministry, Nanaji Dhar, was posted in Udampur, when one evening he heard the news that his uncle had been shot dead by unidentified men.

His family was staying close to Srinagar. The Army soon sent a notice to him, urging him not to visit.

"They (the Army) also said that they had performed the last rites," says Dhar. The family packed hurriedly.

"We were always very confident that nothing could happen to us. We thought he Indian government and the Army would save us. But nobody did," he says.

"We had nothing and had to start life from scratch," he says. The family stayed in Lucknow, where his three sons were educated.

As with most of the families, they too could not carry any belongings with them. Years later, Dhar almost stalked the authorities and obtained the death certificate of his uncle.

"This is the only document we have now saying that we had once lived there," he says.

However, many of the young Kashmiri Pandits now in Delhi argue that it is quite difficult to go back to the Valley. It is for different reasons. Those working feel that there aren't enough opportunities.

"Our community members had approached the Omar Abdullah government and asked for a Kashmiri Pandit economic zone," informs Bharti.

For others, the reasons are too personal. The young daughter-in-law of the Dhars, Archana is firm; she doesn't want to go to the Valley again, not even for vacations.

She was 16 when she and her family left behind Kashmir in March of 1990. "It was not a good feeling growing up as Kashmiri Pandits back then," she begins to open up.

"Taunting was regular and we were made to feel unwanted. We were always suppressed. We could never live freely back then," she says.

As a young professional, Archana has worked for a few years in Delhi before marrying into the Dhar household.

She says she doesn't want to go back to the houses where families of Kashmiri Pandits had lived. "Most of the houses are now burnt or have been destroyed. It doesn't feel good."

"It doesn't bring back any good memories."

In fact, none of her cousins and friends would want to go back, she says. "We had to undergo a lot."

"If I can go back now, my children will have to face the same situation," she says hugging her son Rovan.